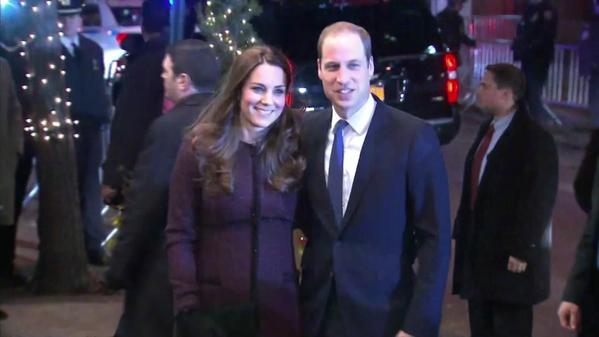 The Cambridges are in New York, yo. Prince William and Kate Middleton arrived at the Carlyle Hotel at around 5:40 PM yesterday, December 7, and were cheery enough to stop for 3 seconds (literally) to pose for photographers before heading inside. Kate did a quick change before she and Will headed out to a private dinner on behalf of the American Friends of the Royal Foundation of the Duke and Duchess of Cambridge and Prince Harry [longest title ever]. 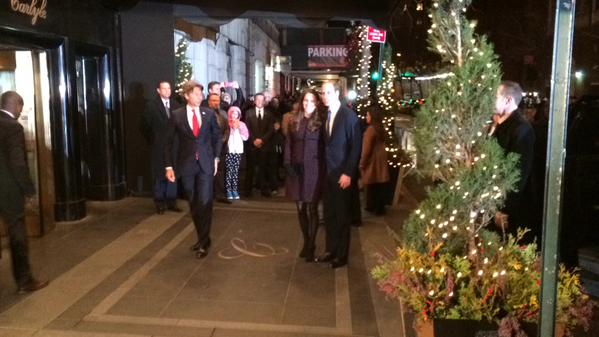 For her arrival at the Carlyle, Kate wore a new coat from Seraphine Maternity, the bespoke Marina in plum with black detailing. She wore a black dress underneath the coat. She carried her Stuart Weitzman Muse clutch and wore ankle booties previously seen in 2009. She also wore her diamond earrings that she usually wears for “fancy” events that [are ugly and] have never been identified. I actually like this outfit; the coat is nice and the booties are a nice change.

The private dinner on behalf of blah was held at the Manhattan apartment of British media/marketing mogul Sir Martin Sorrell. There were about 30 hedge fund managers and financiers invited. Though they didn’t have to pay to attend, they of course are expected to make large donations.

For the dinner, Kate wore a black lace cocktail dress in her favorite fit and flare style with sleeves, this one from Beulah London, the Amara (£650.00) from the Spring/Summer 2015 collection. Kate also busted out some large earrings we’ve never seen before. I like the earrings, but I’m so bored of Kate in black lace. Outfit #1 is definitely the winner for me.

About those 3 seconds… Seriously, they posed for all of about 3 seconds. But any posing is significant. They usually don’t pose or ever even acknowledge the press, so it was nice that they stopped for even those 3 seconds to pose for the cameras. William even initiated it! Though they didn’t acknowledge the fans that had come out to see them at all – and some fans had been there since 9 AM. Rude.

Speaking of acknowledging the press… Both Will and Kate even waved to the cameras when leaving the dinner!! Are they sick or something? A high fever is the only thing I can think of that would make them so cheery and willing to acknowledge the press.

To mark the arrival of the Cambridges in NYC, the Carlyle had both the American flag and the British flag displayed in front of the hotel, and the Empire State Building lit up red, white, and blue. 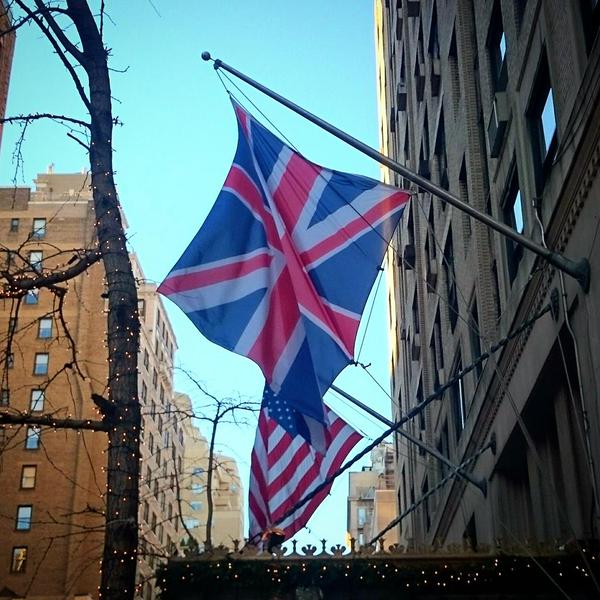 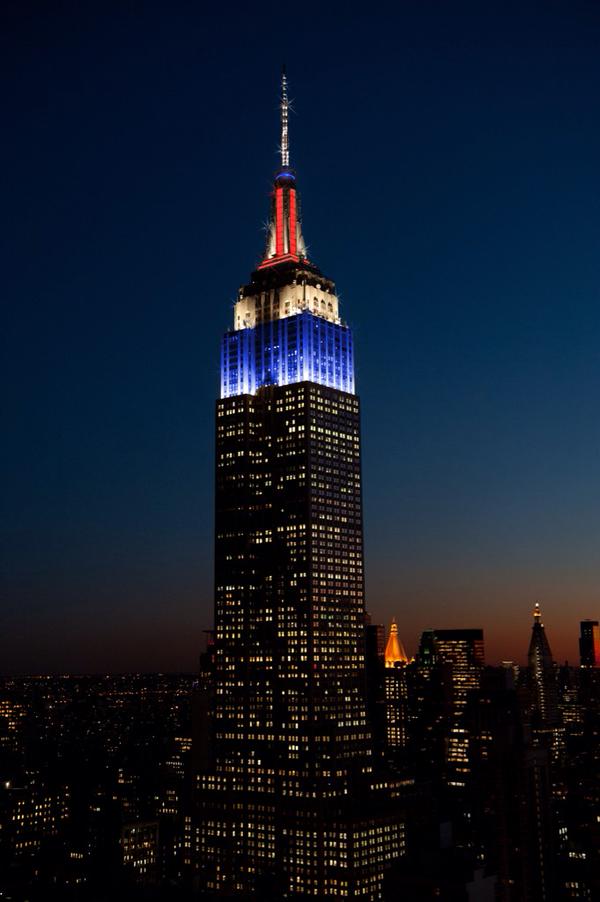 PS. On December 3, Kate attended a board meeting for the 1851 Trust at the Goring Hotel. Kate wore her Alexander McQueen coat she wore on Remembrance Sunday.

The Duchess of Cambridge, Patron, the 1851 Trust, this evening attended a Board Meeting and Reception at the Goring Hotel, source CC

New pic of Duchess of Cambridge, Kate, in Sunday Express. Pic from digital version of paper I bought pic.twitter.com/YoOJJDlfEL

69 thoughts on “Prince William and Duchess Kate arrive in NYC”