Sigh. Someone needs to tell Duchess Kate that she shouldn’t wear black to a children’s center. Someone also needs to tell Duchess Kate to stop wearing Goat coats, because even when she has them lengthened, they are still too short. For her second day in New York, Kate Middleton visited the Northside Center for Child Development where she, accompanied by Chirlane McCray, the First Lady of New York City, toured the center, met with children (and actually bent all the way down to talk to them), and wrapped Christmas presents. Kate then went to a lunch reception at the British Consul General’s residence. Note on coverage: Williams’ stuff, the NBA game, and the conservation reception (to which Kate is now going) will be in separate posts. 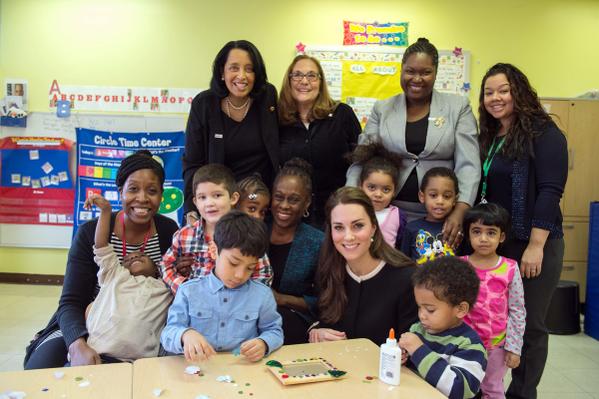 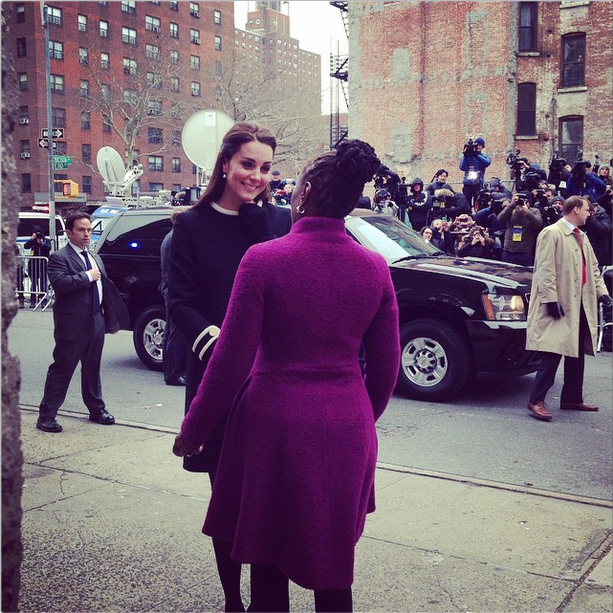 Kate was at Northside Center for about an hour. She attended a briefing with the directors of the center, wrapped presents with some volunteers, and attended an art class with the children. The children were aged around three and four, and supposedly had no idea who was coming to visit. They thought Elsa from Frozen was coming to visit them. Do you think they were disappointed? I don’t want to be mean, but if I had to choose between meeting Elsa from Frozen or Duchess Kate, I’d pick Elsa, hands down. 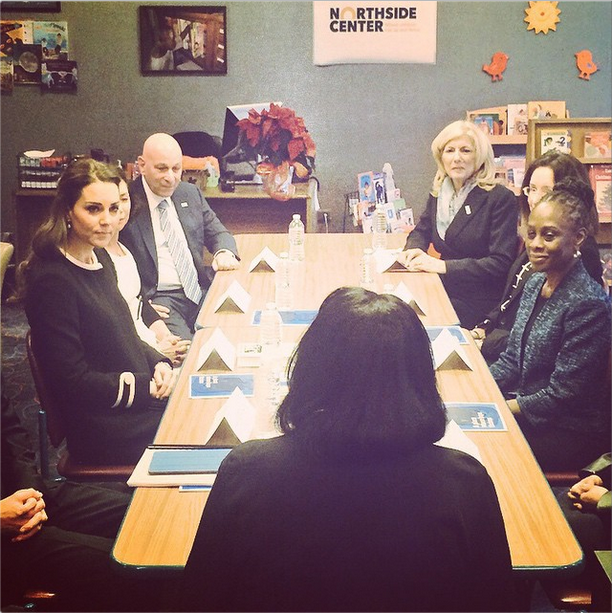 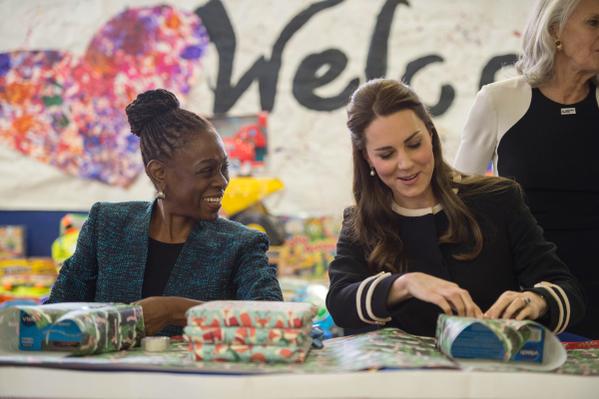 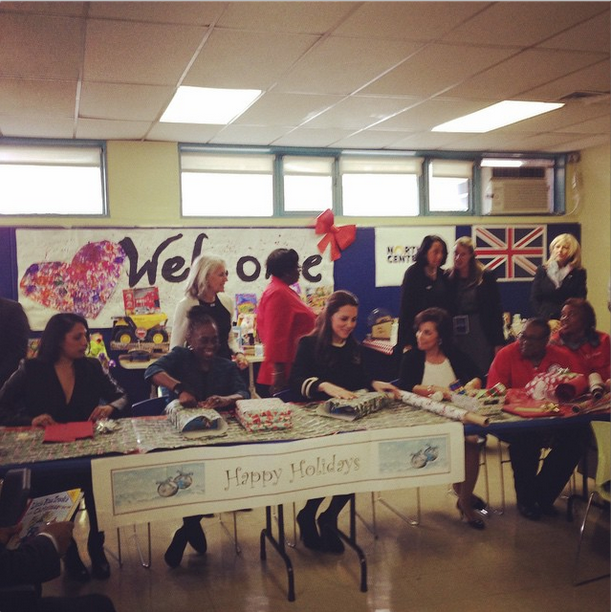 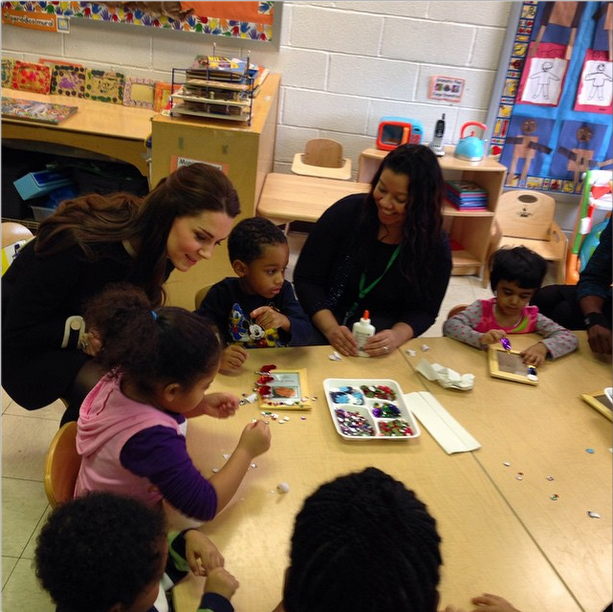 As Kate was leaving the center, she stopped and talked to the children who were waiting outside to see her. She even got down on their level to talk to them, instead of hovering over them. 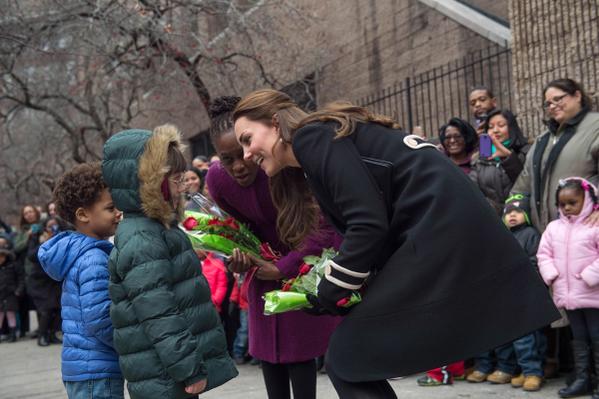 After the Northside Center visit, Duchess Kate attended a lunch reception at the British Consul General’s residence in New York where she was introduced to members of the British community from the fields of culture, arts, hospitality and business. The menu sounds delicious. They had pressed vegetable terrine infused with herbs, poached salmon with dill hollandaise sauce and lemon pearl barley risotto and sautéed vegetables, and for dessert they had apple and rhubarb crumble with ice cream. I want! Do you think Kate ate anything? 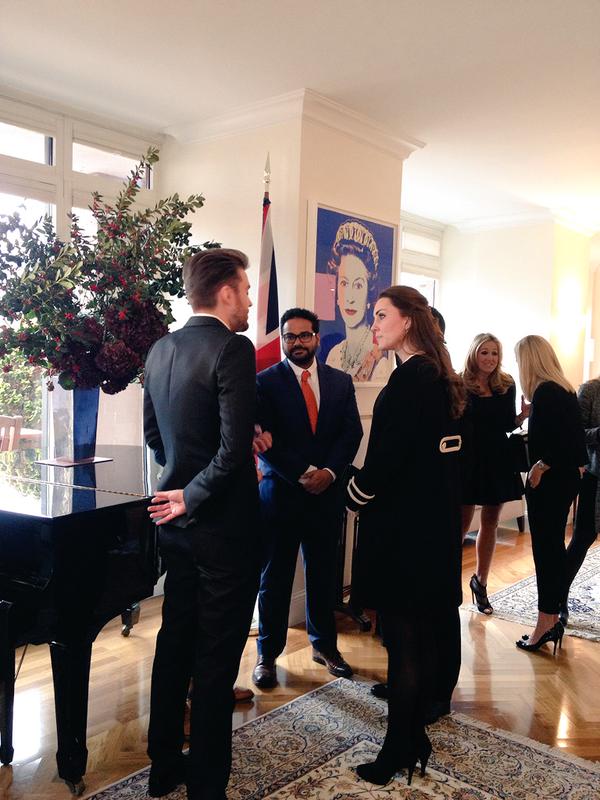 As I mentioned earlier, Kate wore a new coat from Goat. This time it is the Washington Coat (£680.00), which is black with nude tabs on the cuffs and back, and a nude collar. Kate’s coat seems to have been altered to add a good number of inches to the bottom. Even with the added fabric, the coat is still well above the knee. 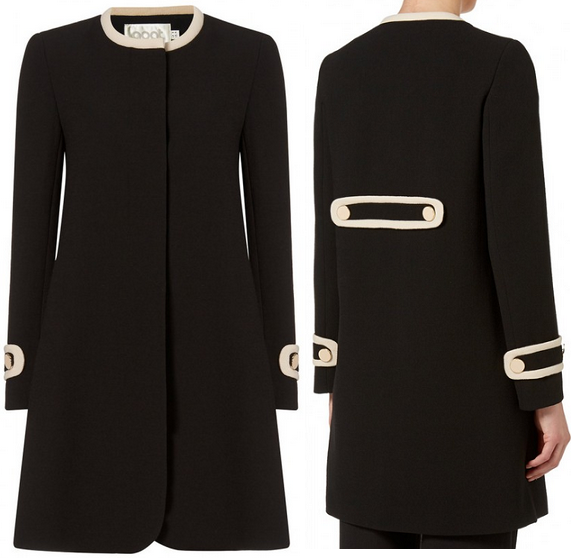 I don’t love the outfit; it’s black and drab and Kate really should have worn a color to visit children. Granted, McCray also wore a black dress under her coat, and a number of the women in the video (below) are wearing black. So maybe it’s not that bad that Kate wore black, but I still think she should wear color. She’s been wearing so much black lately, you’d think she was in mourning. But at least her hair was up.

McCray did wear a black dress, but she made up for it by wearing an awesome purple coat. I wish Kate had worn this coat. 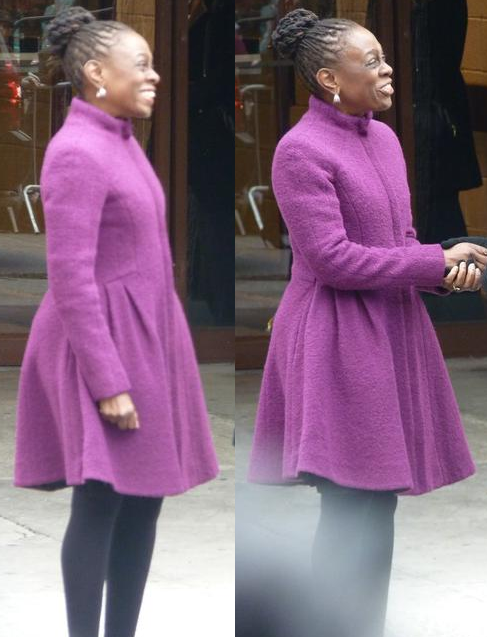 Here is a video of Kate at Northside Center. 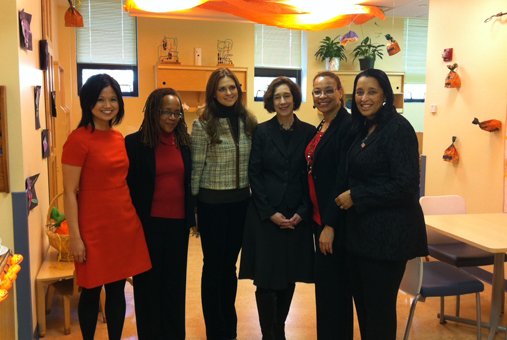 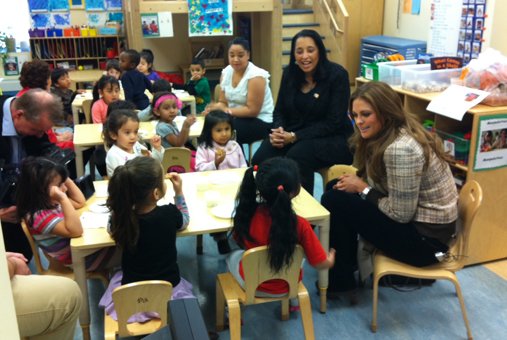 PS. The Northside visit was sponsored by Toys R Us, apparently. 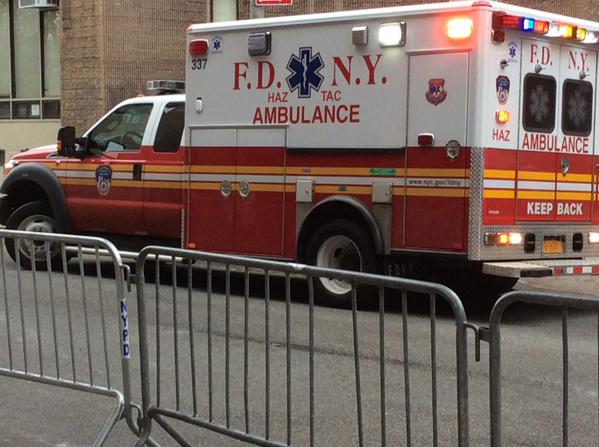