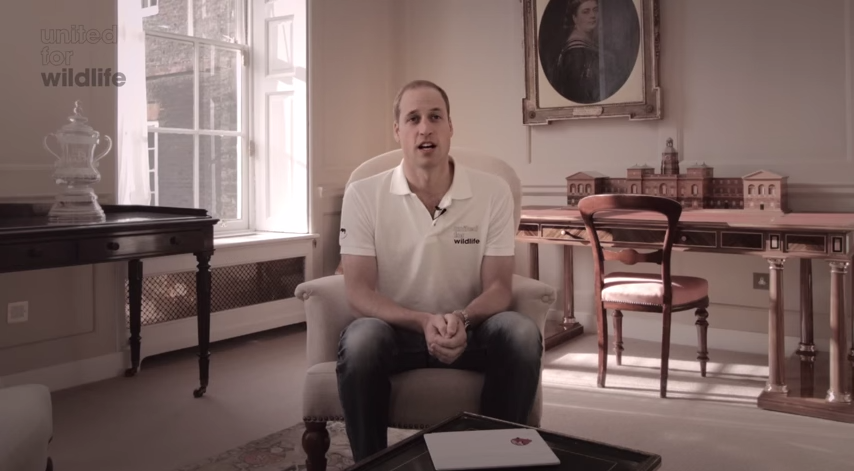 [Because we all love Kate’s beige decorating style so much]

Once Upon A Time Prince William was the Golden Boy first child of the late Princess Diana. He was drooled over by millions of young girls (not going to lie, I had a huge crush on him circa 2002). The press fawned over him. Not so much any more. Slowly but surely the press has been taking off their Golden Boy gloves and talking about the Duke of Cambridge in an unfavorable light. Not only is the press mentioning William’s flaws, but the palace “sources” are talking negatively about him, too. That’s where this latest article comes in. According to palace “sources”, it’s been a nightmare trying to find William, Kate Middleton, and Prince Harry a new press secretary because William is a jerk who thinks too highly of himself.

Two years ago, Miguel Head, William’s long time press secretary, was promoted to private secretary and Ed Perkins was hired to replace him. Seven weeks ago, Perkins quit to take a private PR job. Since then, the Cambridges and Harry have still not found a replacement. Why? Because William is a controlling egomaniac.

Polishing the images of the popular Duke and Duchess of Cambridge and Prince Harry should be one of the plum jobs in PR. But I hear their appointment of a new communications secretary has proved such a fraught process that they have drafted in a highly paid firm of headhunters. Former BBC producer Ed Perkins quit Kensington Palace more than seven weeks ago, after only two years as their press secretary, and Prince William, Kate and Harry have still not found a suitable candidate to succeed him.

‘It’s a nightmare,’ claims a senior courtier. ‘Prince William does not take advice readily — let’s put it like that. Several well-qualified candidates have been ruled out.’

William has a reputation for being strong-willed, but a Kensington Palace spokesman denies suggestions that the Prince has made clear he does not want anyone who has worked at Buckingham Palace or Prince Charles’s office at Clarence House.

‘The recruitment process is ongoing,’ says the spokesman. ‘It has been straightforward and we are close to an appointment being made.’

Plans were announced in January for a unified media operation based at Buckingham Palace for all members of the Royal Family, but they have been shelved amid some tensions. Prince Charles’s staff have returned to Clarence House while William, Kate and Harry have their own office at Kensington Palace.

The plans are said to have caused friction between Buckingham Palace press chief Sally Osman, and Kristina Kyriacou, Prince Charles’s outgoing communications secretary. Kyriacou, a straight-talking former PR for pop singers such as Take That star Gary Barlow and Bjork, favoured a more dynamic, modern approach to promoting the heir to the throne, but she is said to have come up against resistance from traditionalists.

Perkins, who has left to join the PR firm Portland, succeeded Miguel Head after he was promoted to the role of William, Kate and Harry’s private secretary. Head was at the hospital when Kate gave birth to Prince George and is said to act more like a friend of William than an employee.

There have been several articles over the summer that have said William is a stubborn jerk who thinks he knows what’s best and won’t take advice from anyone. So this is nothing new, just adding more fuel to the fire and damaging William’s reputation even more.

I find the Fallen Golden Child turn of events interesting. I have no doubt that William has always been an a-hole, ever since he was child (there have been reports of his childhood terror antics), but why lay it out for the public now? Who is driving this new narrative? The press who are fed up with his BS and litigious ways? The palace courtiers (from either his own, Charles’, or the Queen’s offices) who are unhappy with him?

Either way, William seems like a jerk. From the things that he says to the way that he acts, he just seems like a controlling a-hole who thinks he knows better at everything than everyone around him, when really he’s just an entitled egomaniac with a skewed view of reality.