Anyone want some tiara action from the Swedes? On Tuesday, November 18, King Carl XVI Gustaf and Queen Silvia of Sweden held the year’s second Official Dinner at the Royal Palace (the first one was in March). The Dinner saw the King, Queen, Crown Princess Victoria and Prince Daniel, and Prince Carl Philip and Sofia Hellqvist greet representatives from the diplomatic corps, parliament, government, government agencies, science, sports, business, culture and the people who met the Royal Family on trips. 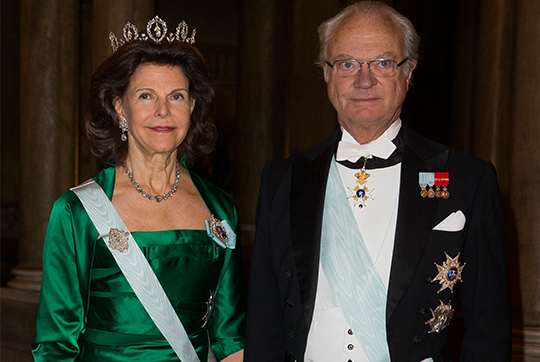 Silvia wore a green silk satin gown with a bolero jacket with 3/4 length sleeves. She wore a similar (?) gown to the 2010 Nobel Prize award ceremony. The dresses look identical except for the color, which could be a problem with the photography and/or lighting. I want to say it’s the same dress seeing as in some photos of the 2010 dress it looks more green than teal like in the photo below. So either it’s the same dress or she has two of the dress in similar colors. Seeing as this is a tiara event, Silvia topped off her look with the Connaught Tiara.

UPDATE: I added more photos from 2010.  The palace website describes the 2010 dress as “emerald green” which is closer to the color from the photo above than the photos below, so I do think it’s the same gown and there was just a problem with the lighting/photography in the 2010 photos. /UPDATE 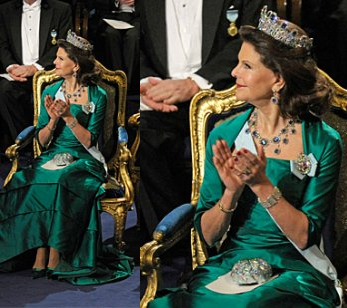 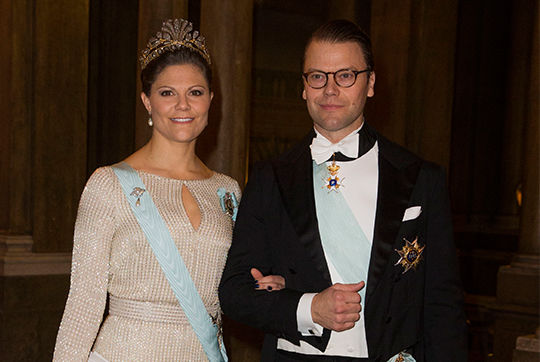 Victoria wore an Escada gown that she previously wore to the inauguration ceremony of King Willem Alexander of the Netherlands on April 30, 2013. Victoria tiara-ed up in the Steel Cut Tiara. 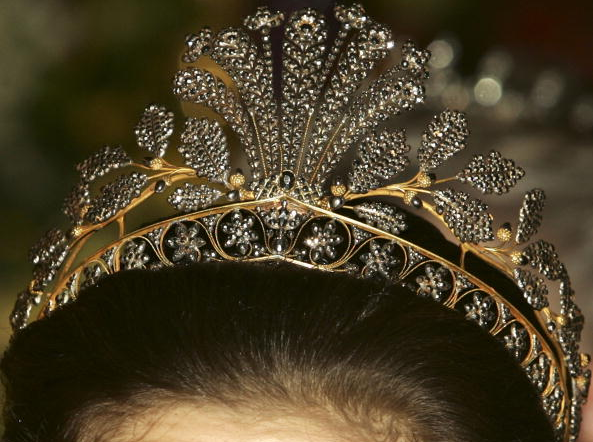 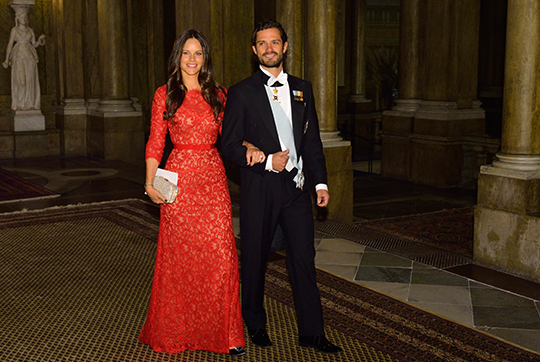 Sofia wore a red lace gown from Tadashi Shoji ($408 on designer’s website; $388 at Saks). The dress has a sheer embroidered layer of lace in a floral design over a nude lining, 3/4 length sleeves, bateau neckline, and a ribbon belt.

I know I said Kate Middleton looked matronly wearing an all lace gown, but I don’t mind Sofia’s lace – in fact, I think this is one of my favorite looks from her. The lace is in a vibrant color and doesn’t make her look like a 50-year-old Dowager Contessa in mourning. To be totally honest with you, I could see Kate wearing this dress. I think she’d look great in it. Lace still isn’t my favorite, but Kate loves her lace and if she’s going to wear it she might as well wear it in a nice color (also, she looks great in red). 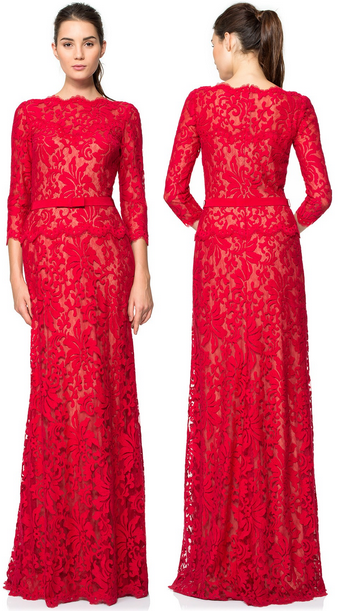 Princess Madeleine didn’t get her tiara on at this event, but she will be all tiara-ed up for the Nobel Prize awards and banquet on December 10.  On December 11, she’ll be back in a tiara for the winner’s dinner. Yay, more tiaras to look forward to!

Here’s a picture of the floral arrangements: 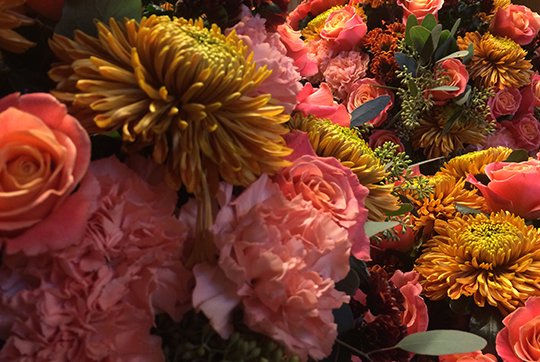