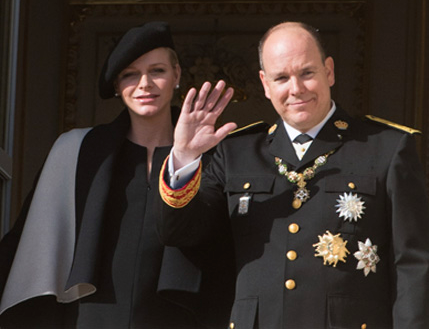 Princess Charlene made an appearance at Monaco National Day yesterday, November 19. Charlene is still pregnant with her twins and she’s looking pretty big now – she’s due sometime in December. I don’t believe Charlene attended the church service or the gala dinner, but she did make a balcony appearance at the Prince’s Palace of Monaco with Prince Albert. In a rare show of affection, Charlene and Albert kissed during their balcony appearance. 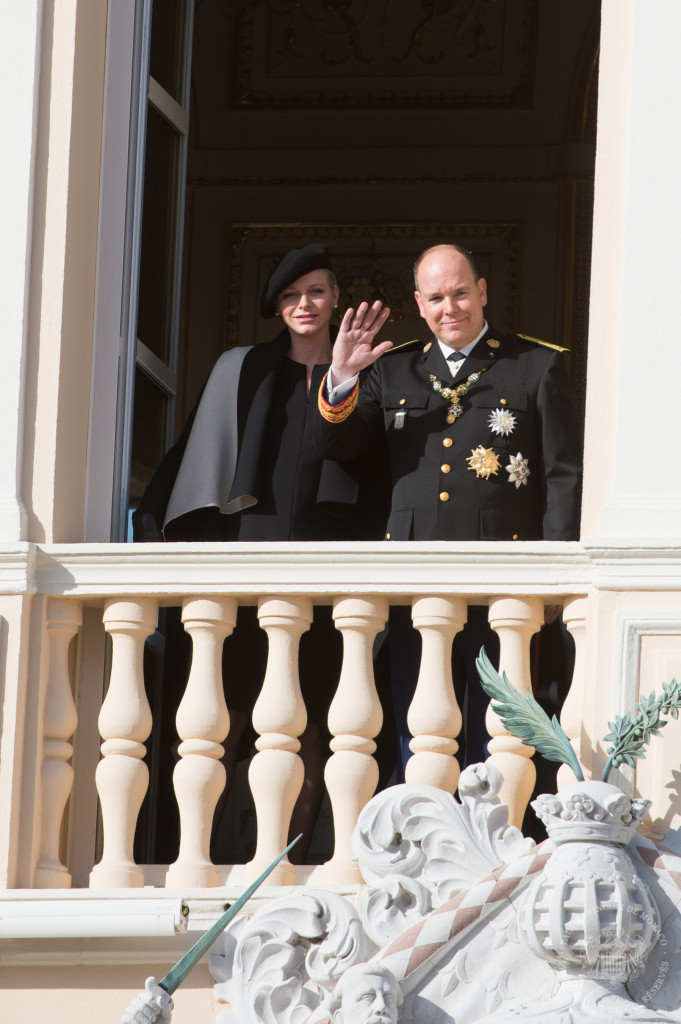 Princess Caroline (Albert’s sister), Tatiana Santo Domingo (Andrea’s wife – she’s pregnant), and Andrea Casiraghi (Caroline’s son) attending the gala. Ugh, what is with the royals and their all over lace gowns recently?