The news of Prince Carl Philip of Sweden’s engagement to Sofia Hellqvist came out last Friday, late in the day.  I would have covered it, but the death of my dog and my subsequent depression took precedence.  Anyway, I’m covering it now ahead of an appearance by Kate Middleton later today.  So, Carl Philip and Sofia Hellqvist are engaged, and planning a wedding for summer 2015.  Yay?  I guess congrats to them, but my sympathies to the Swedes who will now have a former nude model/reality TV star as a representative of their country.  I mean, I know we have some crappy representatives here in the US, but at least we (for the most part) get to vote them out when they do stupid stuff.  Of the engagement, Carl Philip said, “I have the incredible honor of being engaged to this fantastic girl.”  And Sofia said, “Carl Philip is the most humble person I have ever met, which is what made me fall for him in the beginning.  He has one of the most beautiful hearts, he is very warm.” 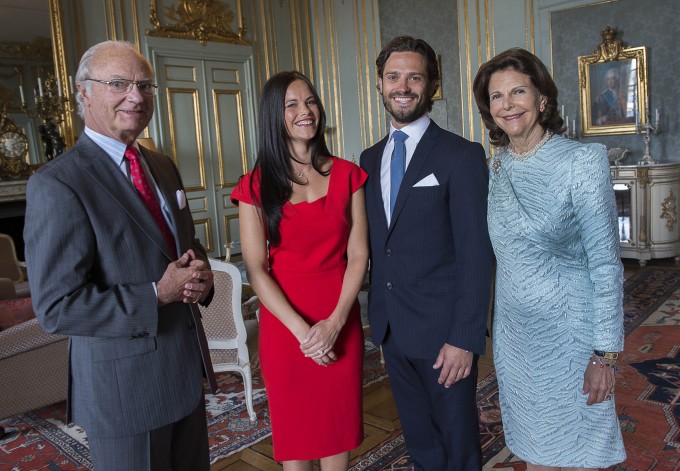 So… let’s learn about Sofia (this post is going to be long; I apologize in advance).  I’ll be honest, I didn’t know much prior to researching for this post, and I still don’t know all there is to know about these two.  I haven’t been following their relationship closely; or at all really.  The Swedish Royal Court website published an information sheet about Sofia, which is the overly whitewashed version of her history. Like our dear Katie Middleton, the palace had to whitewash Sofia’s past; but unlike our Katie Middleton, Sofia has far more scandalous things to whitewash.  I guess I’ll bullet point some non-whitewashed highlights:

Now, I’m not going to criticize her sexual choices, it’s her body and she can do whatever she wants with it, but I am going to extrapolate conclusions from her past actions and criticize those.  I would say Sofia is probably a famewhore who was desperate for fame and/or fortune.  No one goes on a reality TV show—especially one that is all about sex and alcohol—unless they are so desperate for fame they are willing to degrade themselves to get it.  Seriously, what self-respecting person goes on one of those trashy reality shows?  Everyone who goes on those shows has some sort of self-esteem issue.  Given that Sofia showed a penchant for wh0ring herself out for fame, I would be willing to bet that her meeting Carl Philip wasn’t accidental.  She wanted to be a princess and so she put herself in a position to meet a prince.  Once she met her prince, she played the long game.  She knew that in order to be accepted as a princess, she needed to lose the nude model/reality star image, so she did.  Now, she may have genuinely wanted to change, and she may genuinely want to help children/orphans, but her sudden image change, to me, seems more like she tried to be famous by taking her clothes off, but then she found a better way to be famous so she changed in order to get that.  I don’t know, I’m not in her mind and I may be being too hard on her, but nude modeling + trashy reality TV + bragging about kissing a p0rn star = famewhore.  And the only reason a famewhore changes is because he or she has found a bigger, better way to fame and fortune (usually it’s fortune, and it’s usually from marriage). Or they’ve faded into obscurity, but that doesn’t apply to Sofia.

Before you think I’m hating on Sofia and not Carl Philip, let me mention Carl Philip.  I’m going to start by saying he is kind of hot, in a pretty-boy/Orlando Bloom type of way.  But that doesn’t mean he’s some great catch and/or great royal.  He’s been labeled a playboy over the years fro his partying and spends his time driving race cars that he frequently crashes and doesn’t do a ton of royal duties.  He’s like Prince William, who would much rather have spoiled rich kid fun than actually work.  Carl Philip is an aimless rich 35 year old with too much time on his hands.  Carl Philip was the heir for a few months in 1979, after his birth, until the Swedish Government changed the laws of primogeniture in 1980 so that the first born, no matter the sex, was the heir.  That change made Victoria the Crown Princess and moved Carl Philip to third in line behind Victoria and her daughter, Princess Estelle.  King Carl XVI Gustaf was pissed about that.  Because Carl Gustaf is a misogynist who doesn’t think women are capable of ruling (even though the Swedish monarchy is purely ceremonial) and a cheater who likes wild parties and orgies with models. Hm, apple doesn’t fall far from the tree, does it.  Carl Gustaf hated Daniel—Victoria’s husband—and made them wait years and years to marry, but apparently approves of Sofia because… of course.  Carl Philip’s mother, Queen Silvia, on the other hand, was against the relationship from the beginning.  I wonder if she still disproves.  I would.

I had a request to compare Sofia to Kate Middleton.  You know, I never thought anyone would make me appreciate Kate, but Sofia has done that.  Kate has a ton of faults, which we have discussed endlessly, but at least she’s not as scandalous as Sofia. For all of Kate’s faults–and there are many, which I am not listing here because this post is already super long–I would say Kate wins if we are running a contest. Both Kate and Sofia (allegedly) stalked their princes so I guess they’re even on that front.  Kate may be lazy, but at least she wasn’t such a famewhore that she made an idiot of herself on a trashy reality show.  And Kate’s nude photos were pap pics of her on vacation, rather than professional nude modeling photos like Sofia’s.  The only thing I would say Sofia did better than Kate is that Sofia got in on the charity game right away.  She knew she was going to be a princess and needed an image makeover, so she started a charity to change her image.  I think Kate should have done that.  We’ve all said many times that Kate should have shown an interest in charity work prior to marrying if she really wanted to show how dedicated she was, and she should have done much more charity work since her marriage.

Anyway, congratulations to the couple. They probably deserve each other.

Below is another engagement photo (both photos copyright the Swedish Royal Court, kungahuset.se).  Below that are two photos of what Sofia is best known for.  They are a bit risqué and show skin, but all her bits are covered.  I’m not posting her most risqué photos.  I’m giving the engagement photo buffer just in case anyone doesn’t want to see why Sofia is famous. By the way, her eyes in that snake photo make her look ridiculously vacant. 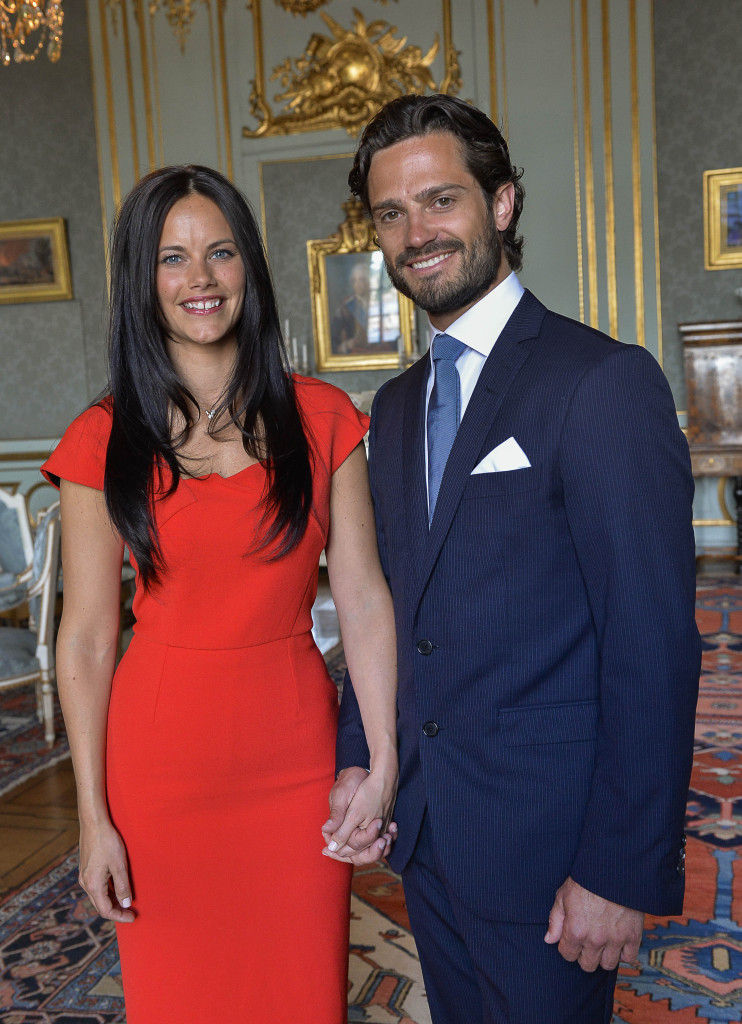 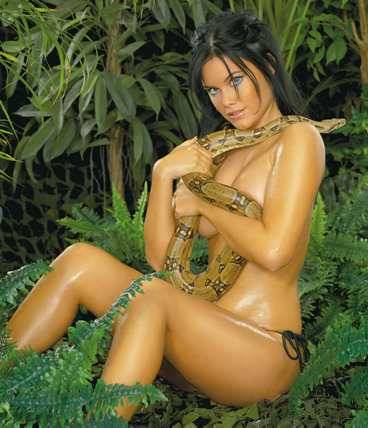 26 thoughts on “Prince Carl Philip is engaged to Sofia Hellqvist”