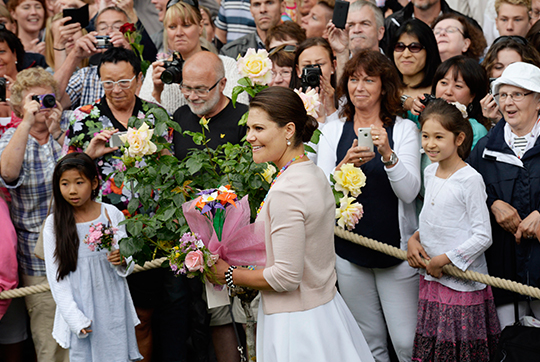 Crown Princess Victoria of Sweden celebrated her 37th birthday Monday July 14.  Victoria was born Princess Victoria on July 14, 1977 as the first child of King Carl XVI Gustaf and Queen Silvia.  In 1980, the laws of succession changed and she became the heir apparent and was made Crown Princess.  Her birthday is marked as a national holiday, Victoria Day (Victoriadagen).  Crowds gathered outside Sollidens castle in Oland to celebrate her birthday, where the King gave a speech.  For this event, Victoria was accompanied by her husband Prince Daniel, their daughter Princess Estelle, Queen Silvia and King Carl XVI Gustaf.

Part of the Victoria Day celebrations included Victoria presenting a scholarship to the men’s and women’s cross country relay teams for their gold medals in the Sochi Olympic Games.

There was also a concert to mark the occasion, but unfortunately there was some rain.  This event was attended by all of the adult royals.  Joining the King, Queen, Victoria and Daniel were Princess Madeleine (yay!) and Chris O’Neill, and Prince Carl Philip and, making her royal debut, Sofia Hellqvist. 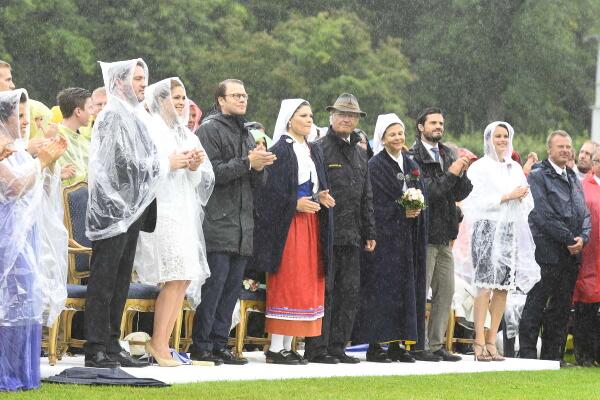 Can we talk fashion for a moment?  I love Victoria’s outfits.  The white dress and pink sweater look lovely, it’s nice and appropriate and summery; and I am a sucker for those traditional outfits.  Estelle was also cute as a button.  Her floral dress is actually a hand-me-down, previously worn by her aunt, Madeleine.  Speaking of Madeleine, I think she looked nice as well.  I’m not a huge fan of the puffy jacket, but it was raining so it’s practical; and I really like the dress underneath.  I think Sofia looked nice as well, but I think a nicer shoe would have worked better. 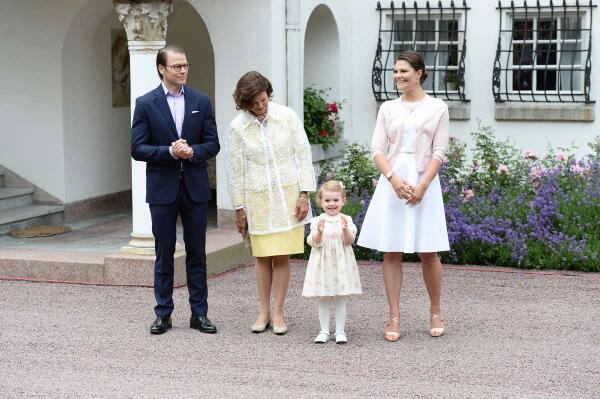 Madeleine/Estelle (how adorable is she blowing bubbles with her dad): 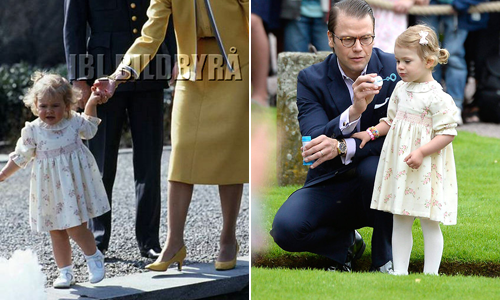