Hello there!  I’ve been MIA for the last ten days but I’m back with a catch-all post with several news bites.  There’s some Kate, some William and Harry, and a sprinkling of Cressida.  There’s another Kate news bite to mention, but that’s getting its own post.

Kate will make her first solo overseas trip when she heads to Malta in September for the 50th anniversary of their independence.  The trip hasn’t been officially announced by the palace, but it’s been talked about in the media, and by the Malta press.  I’m not sure why Kate hasn’t done a solo overseas visit yet, but whatever, now she’ll have that under her belt.  She’s going to need to keep herself busy while William is doing his stupid air ambulance job.  Isn’t Malta a great vacation spot?  I wonder if Kate will find time for a vacation while she’s there.  Who am I kidding, of course she will.

William and Kate filed a complaint with the Civil Aviation Authority to create a no-fly zone over Anmer Hall to stop aerial photos being taken… because they were “looking for any excuse” to stop off duty photos being taken and published.  Oh FFS.  When will these idiots get it through their heads that if they want any sort of privacy in their time off, they need to give a certain amount to the press and public.  If they did regular appearances then the press would have something to publish regularly and the public wouldn’t complain as much.  Then they could hide out during the weekend or something and no one would care.  This is just another example of Will and Kate thinking they can control everything, when they really can’t.  This no-fly zone BS will backfire and only increase the negativity they are getting.

Speaking of hiding from the press.  William and Harry played a cricket match in Windsor to benefit United for Wildlife, they even had their press office tell the press about it, but wouldn’t let the press turn up to cover the event. The match was organized by the Royal Foundation of the Duke and Duchess of Cambridge and Prince Harry.  United for Wildlife released photos, and there has been news coverage, but the reporters and photographers were not allowed to attend.  The hell?  These idiots are such morons.  Don’t they understand that they NEED the press to publicize their charities and causes?  I get that William and Harry hate the press, but by denying the press access to their events, it’s only hurting the charities. Photos of this event are at the bottom of the post. One of the photos is of Will giving a speech, but no one knows what he said because no press was there. So what the hell was the point of the speech? Will is such a moron.

According to the New Zealanders, Kate and Will’s vacation tour was a $68 million advert for tourism.  Not that the coverage has actually brought in $68 million in tourism revenue, but that for the same coverage in the world’s media, it would have cost $68 million to buy all that space for ads.  So instead of paying $68 million for ads all around the world, the $2 million cost of the tour is a bargain… I guess.  Buried deep in the article in an interesting tidbit that I had not seen before.  The cost of the tour doubled from what the government originally said it was.  They originally said it was $1 million, but that didn’t add in the cost of police and other things, which add a good chunk of change, pushing the total to around $2 million (which is covered by the NZ government/taxpayers).

Cressida Bonas is apparently still a thing.  She attended some family wedding and was photographed wearing a backless dress, no bra, and terrible shoes (seriously, what the heck with those shoes).  That outfit—minus the shoes—was cute until I saw the back.  Call me a prude, but a backless dress is a bit much for a church wedding, if you ask me.  The other thing of note is that Cressida was staring directly at the camera and smiling in most of the photos, which is a stark contrast to her glum faces in all the pictures she had taken when with Harry.  Makes me think that she only acted glum around the cameras because she knew Harry didn’t like the paps, but that she really does like the attention.  Oh, and she’s apparently got a part in a play, but don’t let the “starring in” part fool you, she only has a minor part. I haven’t covered Cress in a long time, because I thought that we were over her, since it’s clear she and Harry aren’t getting back together.  I thought the last time I covered Cress would be the last time, let’s see if this time is.

Photos of the cricket event:
The team photo: 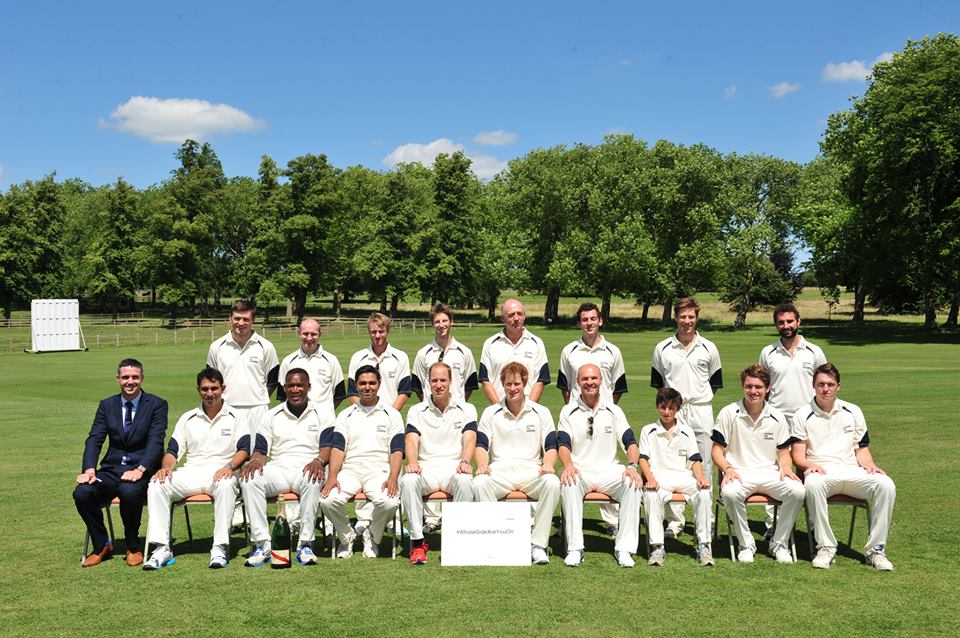 Harry having a grand time: 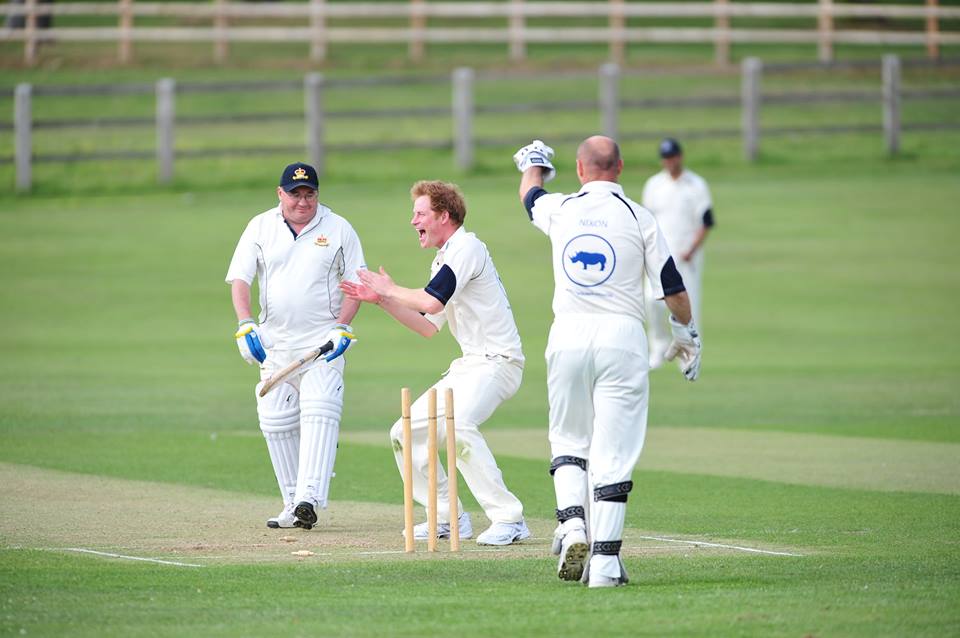 This photo shows the back of Will’s shirt with the Cambridge name on it, which is kind of cute. This photo also shows off his bald spot spectacularly well: 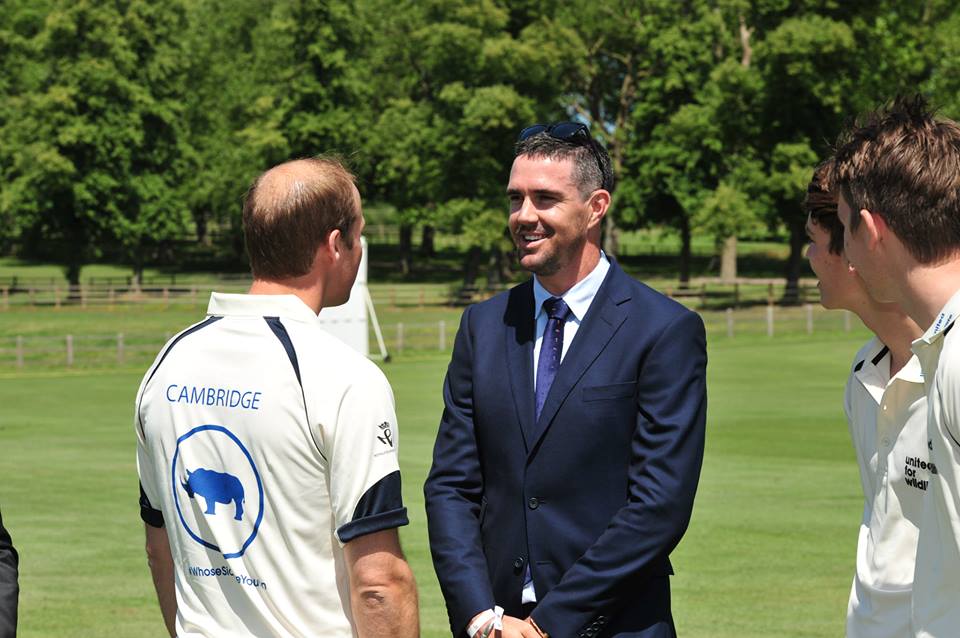 Will giving a speech that doesn’t matter since we don’t know what he said: 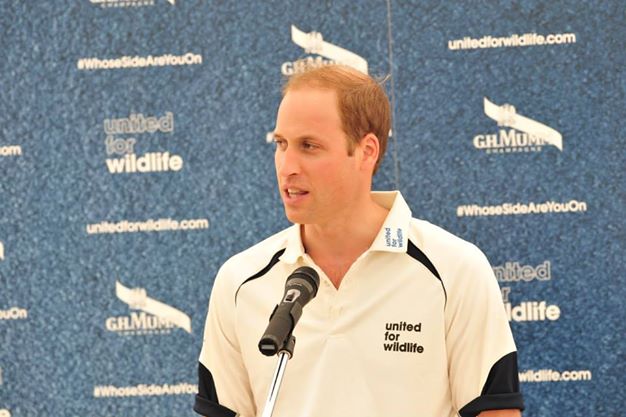 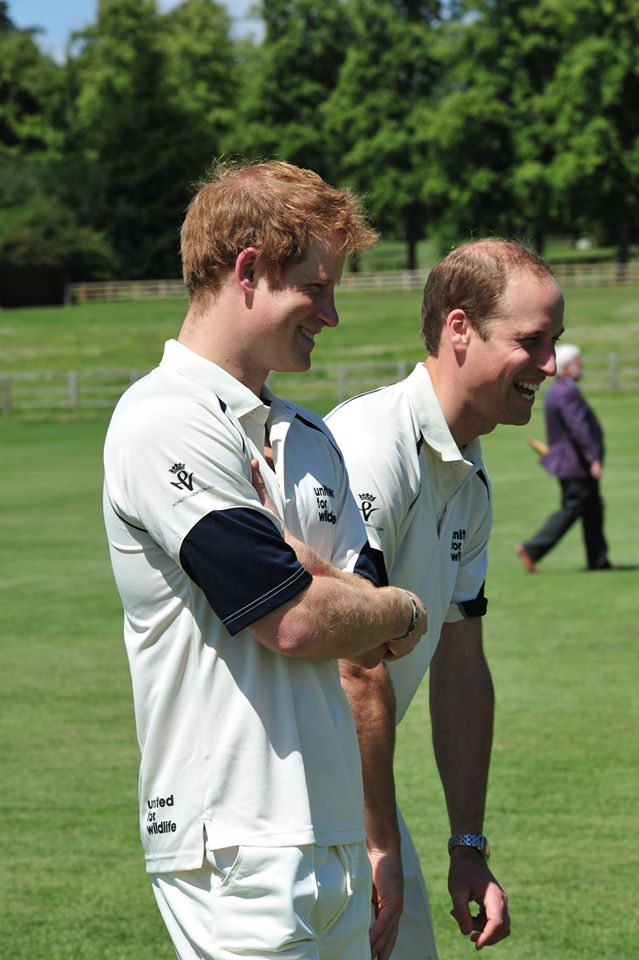 20 thoughts on “Will & Kate ask for no-fly zone over Anmer; Will & Harry play cricket, don’t let the press come; more”