The official portraits from Prince Gabriel’s Christening were released yesterday. 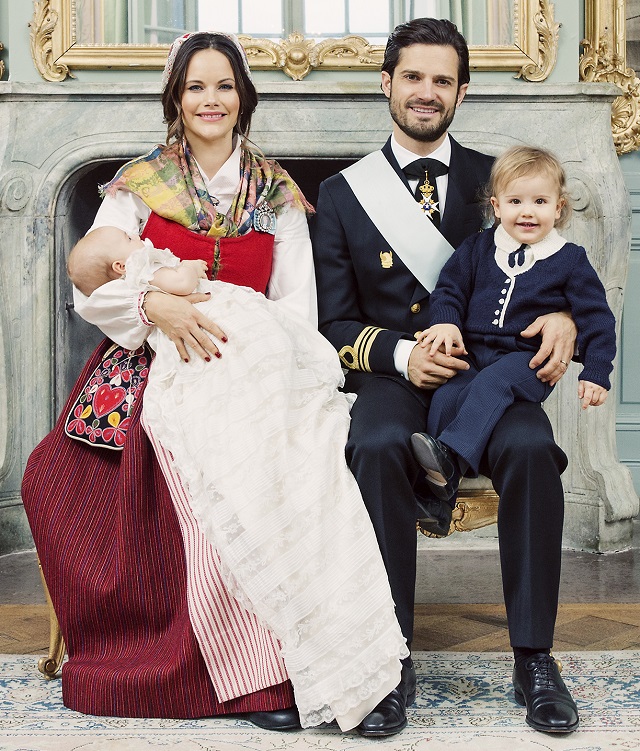 Like with previous Swedish royal christening portraits, there are four in this set. I have cropped these photos so that we can see the faces better, but if you want to view the un-cropped photos, you can do so here. 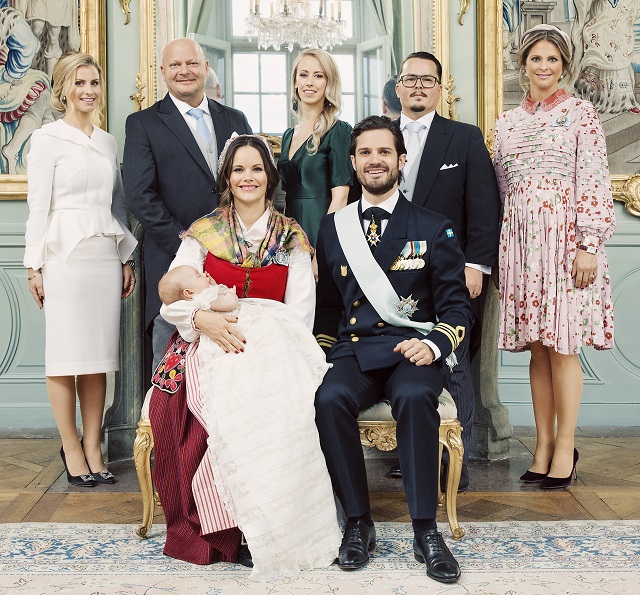 The second portrait is of Carl Philip, Sofia, Gabriel, and Gabriel’s five godparents: 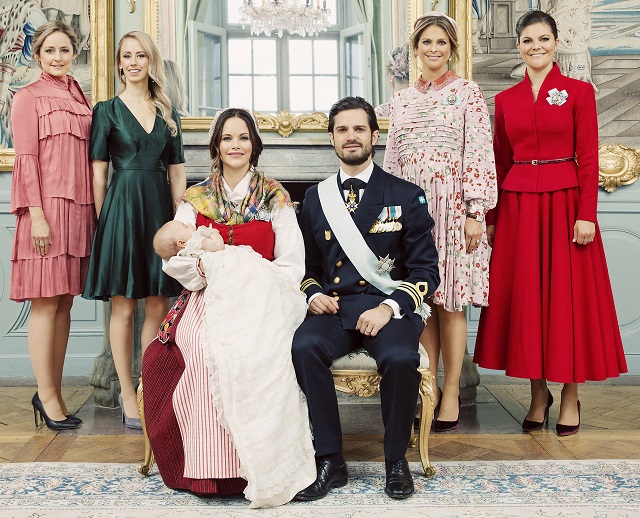 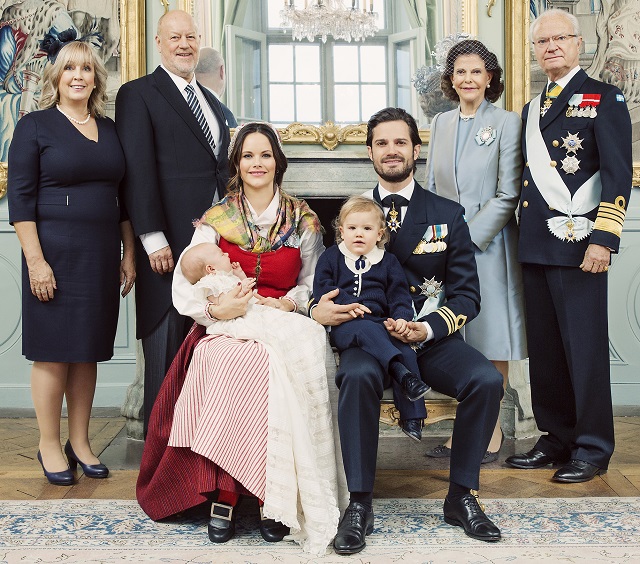