The Festival of Remembrance was held last night, November 11, at the Royal Albert Hall. Kate Middleton joined Queen Elizabeth II and Prince Charles, among other royals, for the event. 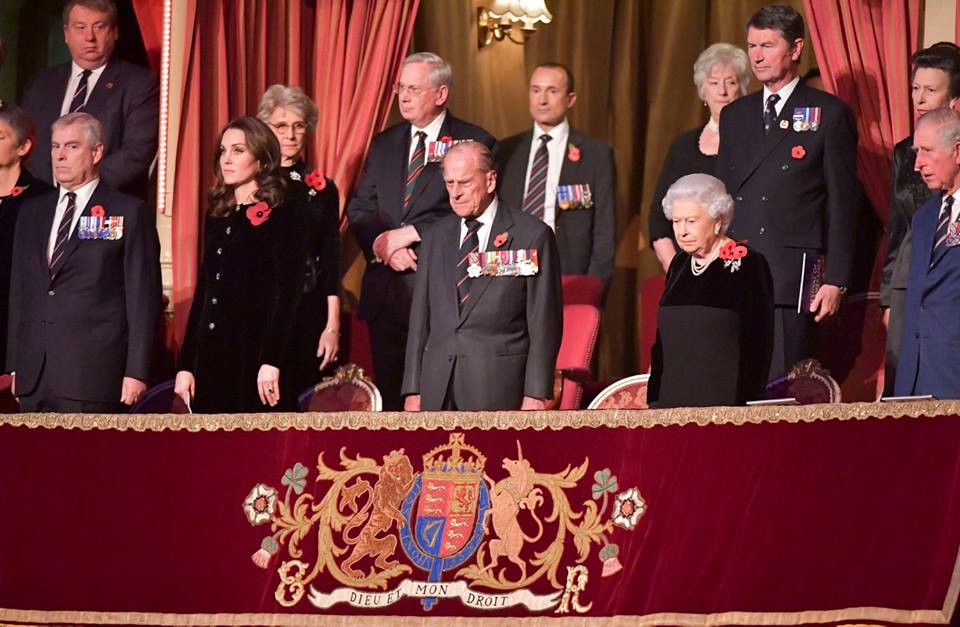 This year’s Festival of Remembrance covered Passchendaele, the London Bridge attacks, and 100 years of women in the Armed Forces, and featured performances from The Massed Bands of the Guards Division, The Countess of Wessex’s String Orchestra, the String Ensemble of the Royal Marines Band Service, and the Royal Air Force Salon Orchestra, among others.

Melanie C performed ‘You raise me up’ while 100 women entered the hall for Women at War 100. The 100th anniversary of Women at War featured Joan Picton, who read the citation, with Squadron leader Gemma Lonsdale and Lieutenant Colonel Lucy Giles.

The Band of the Royal Bands performed as the Drumhead Altar was set up and Lieutenant Pete Bryan placed the Book of Remembrance atop the Altar. Then, the Royal British Legion President, Air Marshal David Walker, gave the exhortation: “They shall grow not old, as we that are left grow old; Age shall not weary them, nor the years condemn. At the going down of the sun and in the morning. We will remember them.” 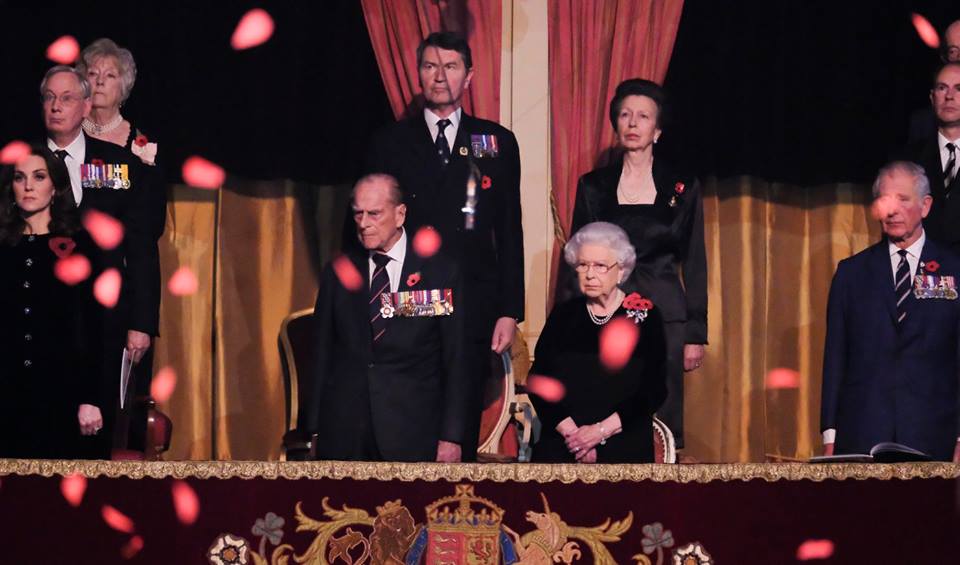 The Festival of Remembrance ended with a two minute silence as poppies fell.

Kate debuted yet another black coat, because one can never have enough basic black coats, amirite. This one is by Catherine Walker and it’s a bespoke version of the velvet “Caressa Jacket”. Kate’s love of buttons is on full display with this one.

Prince Charles and Camilla, Duchess of Cornwall were in attendance, having just gotten back from a tour of Singapore, Malaysia, and India.

Kate was seated beside Prince Andrew. Prince William attended a rugby game in Wales earlier in the day, but couldn’t (?) make it back in time for this event. The Duke and Duchess of Gloucester were seated in the row behind Kate and Andrew.

Also in attendance were Princess Anne and Sir Timothy Laurence (who were in Belgium earlier in the day yet somehow could make it back to London for this event, but William couldn’t make it back from Wales?), the Duke of Kent, and Princess Alexandra.

108 thoughts on “Kate joins HM & Charles for Festival of Remembrance”