Kate at Cenotaph for Remembrance Sunday

For the first year, Queen Elizabeth II and Prince Philip watched the Remembrance Sunday service from the balcony while Prince Charles placed HM’s wreath at the Cenotaph.

HM and Philip were joined on the balcony by Camilla, The Duchess of Cornwall. At one point during the ceremony, HM could be seen wiping her eye.

Kate Middleton was in a balcony with Sophie, The Countess of Wessex. 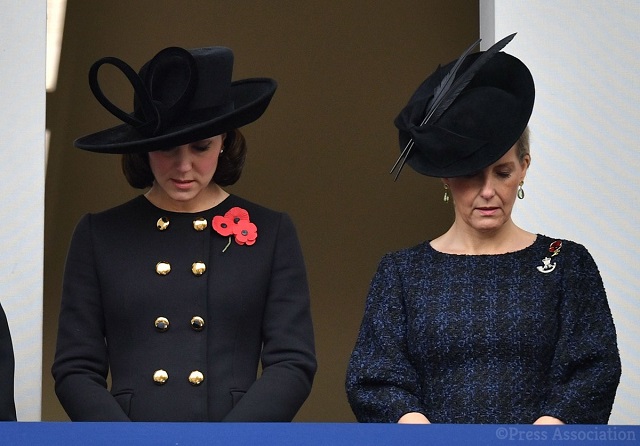 Princess Alexandra was in the balcony with Kate and Sophie.

As a slight bit of levity: My favorite royal photos are always the ones where the royals do something unexpected because I find them more human and charming. So I love this photo of Kate with an expression we don’t normally see from her.

Here are a video and some photos from the service.

141 thoughts on “Kate at Cenotaph for Remembrance Sunday”