Can you believe it’s August already? This year has flown by so fast. It feels like only a few weeks ago when Princess Sofia announced her pregnancy, so whenever I see her I forget how far along she is. She’s due in September, but it still feels like April to me, so I was surprised by how pregnant she looks in these photos from August 2, even though I shouldn’t have been. Anyway, here’s a Sofia update. She attended the Sustainability and Future Seminar “A Sustainable Tomorrow” on August 2. 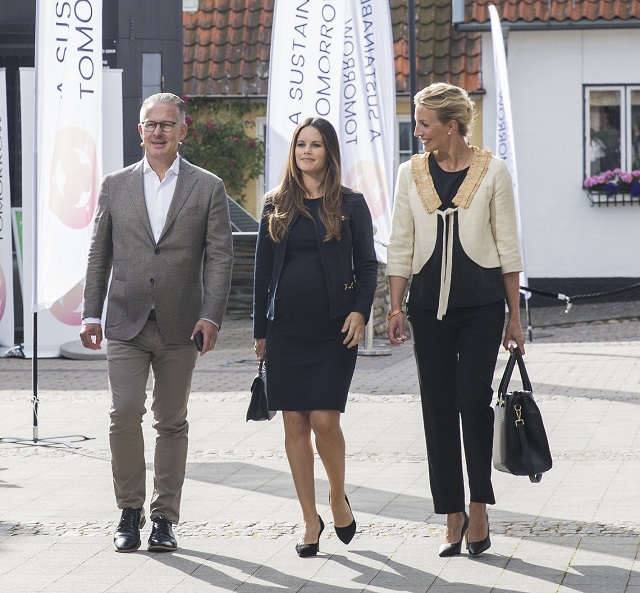 Sofia was in Båstad for the “A Sustainable Tomorrow” conference which was organized by Gränslösa Möten and Project Playground was one of the main partners. The purpose of the conference was to provide opportunities for people who want and can influence change to be linked to create sustainable change. Different perspectives on the UN’s Sustainable Development Goals were highlighted with an additional focus on Objective 17 – Implementation and Global Partnerships. 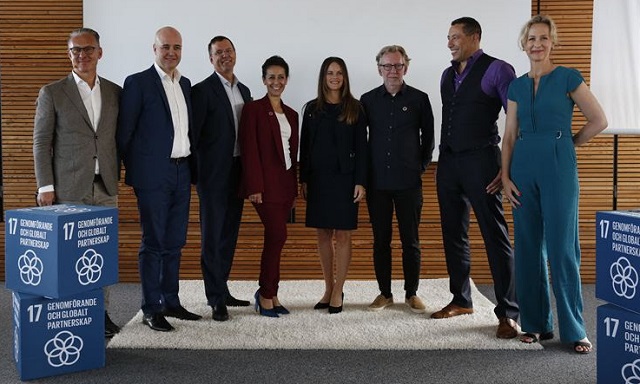 Project Playground was represented by Sofia, who is currently the Honorary Chairperson, and Susanna Johansen, who is the General Secretary. The conference had speeches from Fredrik Reinfeldt, Anders Borg, Jakob Trollbäck, Soulaima Gourani, Frans Johansson, and Sofia.

The day ended with an evening charity dinner and auction, the proceeds of which went to Project Playground.

Project Playground said Sofia gave some sort of speech, but I cannot find a transcript of it. But she did speak to Svensk Damtidnings while at the conference.

Takeaways from the conference:

“How important it is that we all work together and that we have a common vision. And that we do the best we can. It is important at all levels! We have discussed both micro and macro perspectives. From the global leaders’ power in this to civil society. We as individuals actually have an opportunity to influence, really through all the choices we make. From what we consume to what we think and think and demand.”

On how she does this in everyday life:

“I think that’s an attitude. I try to make choices that are not only good for me as an individual but that are good for society and many more. And it’s incredibly wide, it’s all about choosing to shop with companies with good value bases and to raise my son to be a nice person. So I try to do my very best. In addition to that, I also work through Project Playground, which I founded almost seven years ago. We are working on these important issues every day!”

72 thoughts on “Princess Sofia at sustainability conference in Båstad”