Today, March 2, is Prince Oscar‘s 1st birthday. To mark the occasion, the Swedish royal court released a photo of the little prince. 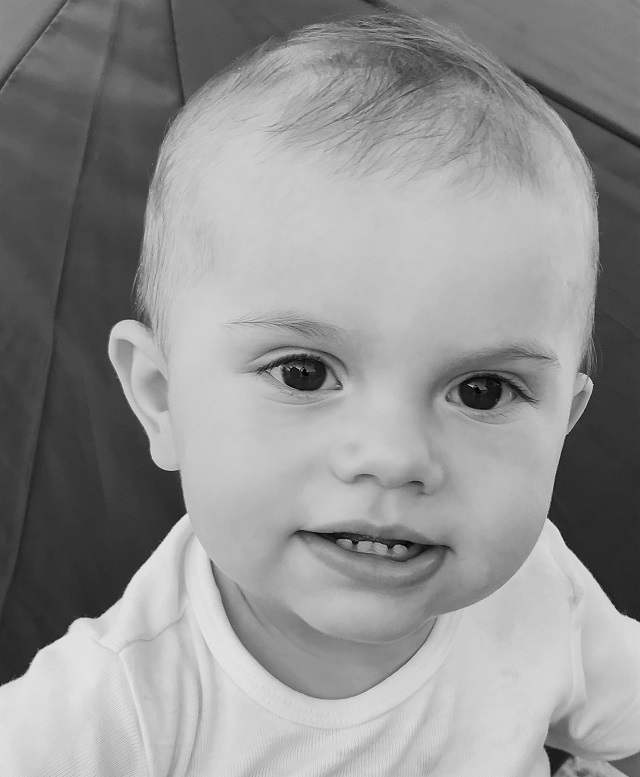 The black and white photo was taken by Crown Princess Victoria ahead of Oscar’s first birthday today.

Queen Silvia was in Warsaw, Poland yesterday to distribute the Queen Silvia Nursing Award, and she spoke to the press about how the Crown Princess Family is now back in Sweden after an extended overseas vacation, and about Oscar’s birthday.

On the Crown Princess Family returning to Sweden: “Yes, and it’s nice that they are back now and we are very happy for the little family, not just little Estelle but also her little brother.”

On Prince Oscar: “We are naturally very pleased to have little prince Oscar’s birthday tomorrow and, as grandparents, naturally imagine a present but whatever it is, we will not tell. But it will be great fun. He is a little fellow that is fun and the parents are very, very proud and, we the grandparents are also, to see his development. It is fun for one day he looks like his father and other day his mother! It’s very exciting for a lot is happening now.”

There is not much else in Swedish royal news. Victoria will be back to work, finally, on March 6. Sofia’s next engagement is on March 9. Madeleine is not currently on the schedule. The next Swedish tiara event is the Official Dinner on March 23.