Both Princess Sofia and Princess Madeleine made hospital visits recently. Sofia opened a hospital in Sweden, while Madeleine visited a hospital in New York as part of her work with Childhood USA. I’m also including Crown Princess Victoria at a wreath-laying ceremony.

“I personally have mainly had good experiences of Swedish health care, both from when I lived in a small village, and now that I live in a big city. But I am fully aware that there are major challenges. As honorary president of Sophiahemmet I have been privileged to learn much about today’s health care, both of its rapid progress and its challenges. I also know that today there is a great concern in many parts of every health care is heading. Therefore, I want to highlight the positives happening in the Swedish health care. Both the large and the small.

“For example, is the enormous progress in research. Today we have completely different possibilities to cure diseases and save lives than just one or two generations ago. To mention just one example: before 1970 over 90 percent of all children who weighed over a thousand grams at birth died. Today almost 90 percent survives. It is a fantastic development!

“When Södertälje Hospital was first established in 1907, probably no one could even imagine the advanced medical care that we would have access to today, 110 years later. Those of you who work in health care – you do magnificent things every day. It may be a disease is detected in time. One concern unaddressed. Or a child that is born. All that stuff that might be routine and everyday life for you, but that means all of the people you meet.

“The reason we are here today, the opening of the New Södertälje Hospital, is also part of a positive trend. Stockholm is growing rapidly. We who live here become more and we get older. We also have access to more information than ever before, and new digital tools. The development, health services must meet, and there is this great venture is an important piece of the puzzle. I hope that these modern facilities will give all of you who work here even better conditions to perform your important task – to provide safe and accessible emergency care to a growing population. I hereby declare the New Södertälje Hospital open.”

Sofia wore a new blouse by Greta, the Nellie Blouse (2 195 SEK, or about $244). The blouse has a high turtle neck with a bow. I dislike how high Sofia’s necklines have been for the last several months. I dislike high necklines in general.

Sofia also gave an interview after visiting the maternity ward.

Sofia on what the hospital will mean to people: “We were just at the maternity ward where they talked about childbirth for all. And we’ve got a variety of people who come here from all different parts of the world and I think this was extremely impressive, it really took me both as a mother and as a woman that of course all should have dignified care when they have a child.”

Sofia’s thoughts on immigrant pregnant women getting extra support: “It is absolutely stunning. It comes at the right time, that’s the way it should be, all women who will give birth to children should have the same rights and where we know that such things seem quite simple, as the language and to get an understanding, it is extremely important to have confidence and belief. We also know that it contributes to less damage during childbirth and the whole bit. So I think that’s fantastic. I’m very impressed by New Södertälje Hospital and how they have thought when it comes to the bit.”

Does Sofia have personal experience with the fear many women in Stockholm have about giving birth today: “I know obviously with the women. I myself had a baby so I understand that there is a great concern. But I hope that with this investment goes towards brighter times. What we have heard here today’s been amazing with more birthing suites, high-tech hospital, that everyone should have the right to good health and I think this is important.”

That second answer is a bit confusing because of the translation, but I think she’s talking about women who don’t speak Swedish getting extra help with language barriers so that they fully understand all the information they’re being given, and how all women should have the same knowledge about what’s happening to them during pregnancy and childbirth.

Back on March 3, Princess Madeleine posted about visiting Mount Sinai Adolescent Health Center in New York with Childhood USA. She wrote on Facebook:

“Last Friday, together with Childhood USA, I visited the Mount Sinai Adolescent Health Center in New York. Thank you Drs. Diaz and Nucci-Sack for helping thousands of youth every year to a better and healthier life. And thank you Becky and Rebe for sharing with me your stories. You are wonderful and brave. I learned so much from you and admire you for looking at ways to support other victims of violence and child abuse.” 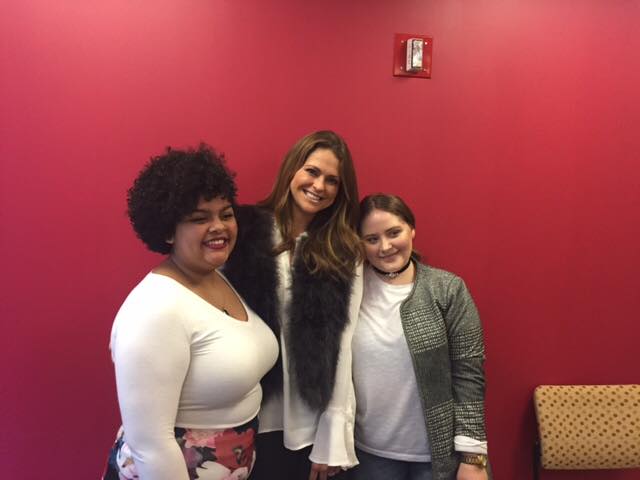 Crown Princess Victoria and Prince Carl Philip attended a wreath-laying ceremony at the Monument of Finland in the Finland Park in Stockholm on March 13. The ceremony was organized by the Swedish Finland Volunteers Memorial Association in memory of the Winter War (1939-40), in which over 8,000 Swedish volunteers fought. The ceremony was held on the anniversary of the Winter War’s end which was on March 13, 1940.

Victoria went with Finnish jewelry from Lapponia Jewelry: the Gelo Earrings (€255.00) and the Galactic Peaks Necklace (€1,885.00).