Yesterday, September 13, was the opening of the Swedish parliament, Riksdag, which King Carl XVI Gustaf, Queen Silvia, Crown Princess Victoria, Prince Daniel, Prince Carl Philip, Princess Sofia, and Princess Madeleine attended. I’m also including photos of Madeleine and Silvia showing a little girl around the Royal Palace in connection with Min Stora Dag, and photos of Victoria and Princess Estelle at an event on Sunday.

Yesterday kicked off with a service at Stockholm Cathedral – a medieval Cathedral built in 1279, and where Victoria and Daniel got married in 2010 – attended by the King, Queen, Crown Princess Couple, Prince Couple, and Madeleine. The service was led by Dean Hans Ulfvebrand and Chaplain Kristina Ljunggren.

After the church service, the royals rode via carriage to Parliament House where they King opened the parliament session with a speech about the importance of the EU. For space, I’m only quoting part of it.

“We live in a globalized world. Many events have recently shaken the world, including Sweden. It is clearer than ever that what happens outside of Sweden also concerns us. Also, the European Union is subjected to stresses. We must continue to believe in cooperation between countries and on a covenant that guarantees peaceful interaction.

“Sweden has been at peace for over 200 years and is today one of the world’s most prosperous countries. This has not always been. For over a hundred years ago, we were a poor country as people left. Over the past 150 years, Sweden has gone from being a country of emigration to a country that many people turn to. Today also moving thousands of Swedes abroad every year to work or study.

“I hope that all Swedes in Sweden and abroad, stand up for our values. Values ​​that belief in human equality, equality between women and men, the belief in a democratic form of government, religion and speech. Sweden has a long tradition of promoting peace, security and human rights in the international context. […]

“Our cultural heritage is the glue that binds us together. It is rich and diverse – created by influences from different countries for centuries. By meeting with mutual respect, and by listening and learning from each other, so we developed. That is why the good conversation between people is so important.”

In the evening, Carl Gustaf, Silvia, Daniel, Carl Philip, and Madeleine attended a concert of the Royal Philharmonic Orchestra at Stockholm Concert Hall. Victoria and Sofia sat this event out.

The royals changed for the evening concert.

The King & Queen, Carl Philip, Madeleine, and Daniel attended the concert tonight in honor of the Riksdag pic.twitter.com/fZBHTZASY2

On Monday, September 12, Queen Silvia and Princess Madeleine received 7 year old Enna from Skåne (Prince Oscar’s Duchy). Enna has a disease (which was not specified) that makes living difficult, and her dream was to meet and have coffee with the Queen and Madeleine at the Royal Palace.

Through the organization Min Stora Dag, of which Madeleine is Patron, Enna’s dream came true. Enna, her mother, brother, and six assistants who care for Enna were driven to the Palace in a white limousine where they met Silvia and Maddie has had cookies and marzipan (which is Enna’s favorite). 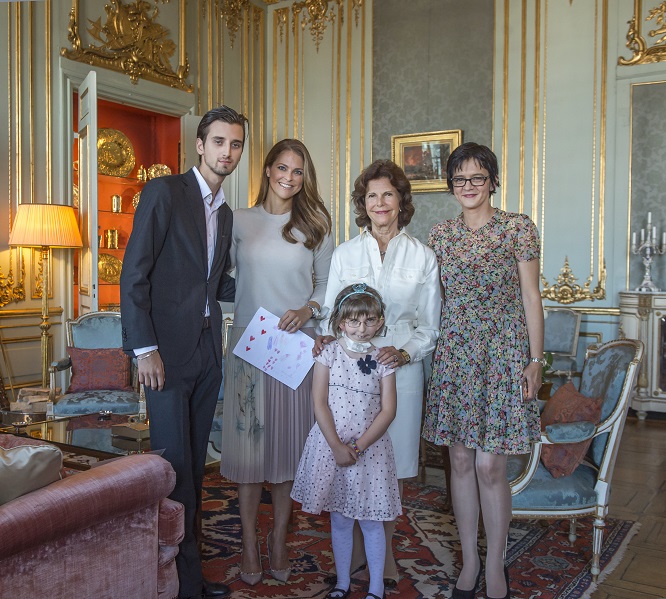 Min Stora Dag is a nonprofit organization that “makes dreams come true for Swedish children and youngsters with serious illnesses and diagnoses”. They believe that “all children with serious illnesses in Sweden should be a part of something positive out of the ordinary that provides power and self-esteem”. Min Stora Dag is funded entirely through donations from individuals, companies, organisations and foundations. They do not receive any governmental funds. In 2015, 7% of the annual expenses went toward administration.

Madeleine has been Patron of Min Stora Dag for years. Earlier this year she and Princess Leonore hosted a Fairy Tale Party at the Palace. 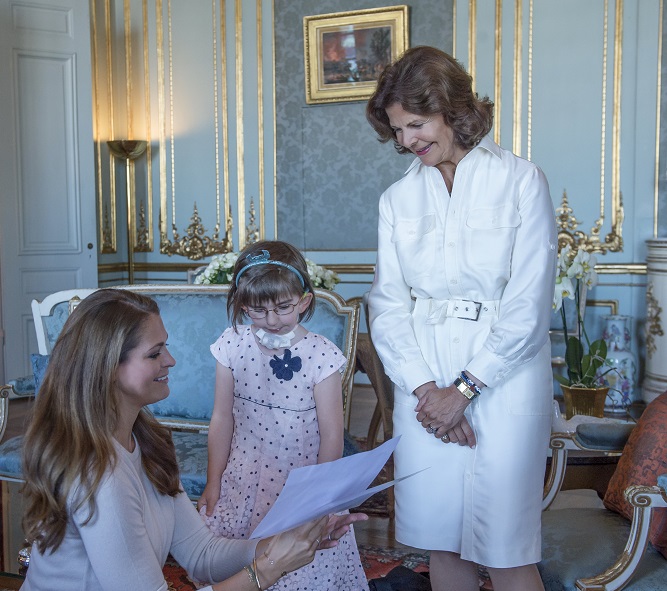 Maddie wrote on Facebook: “Enna is 7 and her dream was to meet the Royal Family at the Palace. My mom and I are so blessed to be able to fulfill that dream for her today! So proud of all the work ‘Min Stora Dag’ does.” 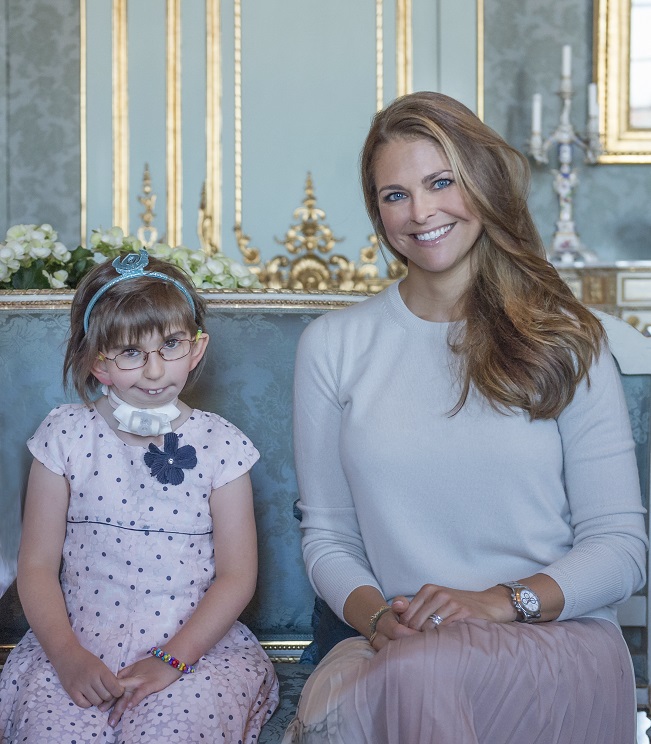 Maddie also posted a photo of Prince Nicolas on her Facebook page of Nicolas reaching up to a horse the day before Prince Alexander’s Christening. She captioned the photo: “Love at first sight”. 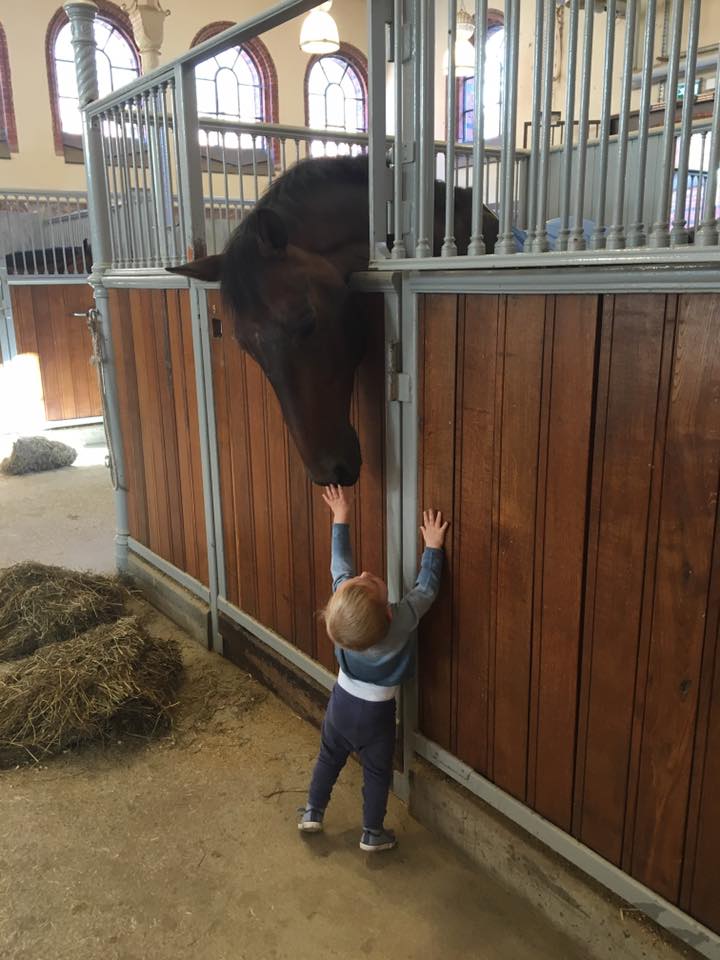 On Sunday, September 11, Prince Daniel attended Sport Day at Haga Park which includes Prince Daniel’s race. Crown Princess Victoria and Princess Estelle were not there officially, but they attended to watch and support from the audience.

And as every year, Crown Princess Victoria and Princess Estelle were supporting from the sidelines! pic.twitter.com/HhGNIibSZs