This royal round up features Camilla Duchess of Cornwall and Prince Charles at the 500th anniversary of the Royal Mail, Crown Princess Victoria at a seminar and supporting the Paralympics, Crown Princess Mary at the Flag Day parade, and Queen Sonja in a tiara for a State Visit. 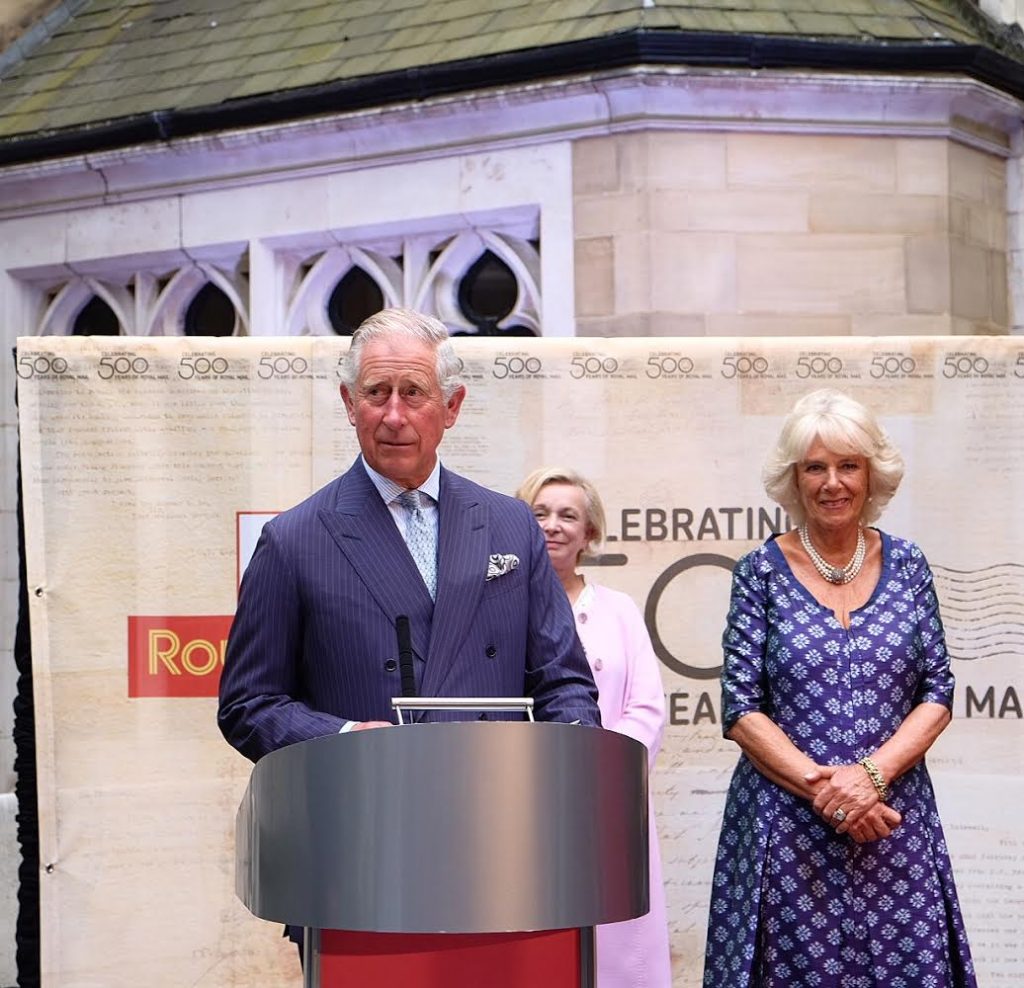 Prince Charles and Camilla, Duchess of Cornwall marked the 500th anniversary of the Royal Mail Tuesday, September 6, at a reception at Merchant Taylors’ Hall with guests including long-serving postmen and women from around the UK, participants in Royal Mail’s Apprenticeship scheme, and Army Reservists.

The Royal Mail’s history dates back to 1516 when King Henry VIII knighted Brian Tuke, the first “Master of the Posts”. It wasn’t until July 1635 that the Royal Mail was made available to the public.

John Penfold designed the hexagonal pillar box in 1866 and since then it’s been known at the Penfold Postbox. Camilla unveiled a Penfold Postbox as part of the reception.

Also part of the reception, Charles tried out a 1933 BSA 500cc motorbike which was used for delivering telegrams. Charles and Camilla cut a cake, too.

Charles gave a speech as part of the reception. He spoke about some of the history of the Royal Mail and the many different modes of transport there have been over the years, and how the Royal Mail supplies many people with jobs. He then said this:

“But Ladies and Gentlemen, perhaps your greatest service is the way that Royal Mail, by its very existence, defends the written word. In these days of texting and various social media “apps”, the well-constructed sentence is under mortal threat! As someone who relies on the well-aimed letter – and relishes the ones in return! – I can only say how strongly I feel that the logical ordering of thoughts in proper, grammatically correct prose is in fact rather important at the end of the day.

“So on behalf of letter-writers; of isolated communities; of the eager and expectant on Valentine’s and other equally special days; and, indeed, on behalf of dear old Santa Claus himself, I can only offer my heartfelt thanks and warmest congratulations on a job conspicuously well done by you all. You are, as they say, a National Treasure.”

Charles is kind of getting his curmudgeon on with his “You damn millennials and your texting!” but, as someone who writes grammatically corrects texts, I actually agree with him.

On September 2, Crown Princess Victoria took part in a seminar on the Baltic Sea in order to focus on the difficult environmental situation in the Baltic. 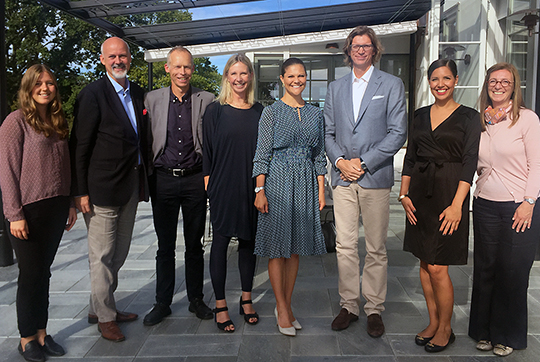 Victoria met with the Swedish Paralympic team in Kista during their final collection camp before the races in Brazil back in August (the info was just now posted on the SRF website). Victoria spoke about the important contribution the Paralympic team makes for Sweden and wished them good luck. 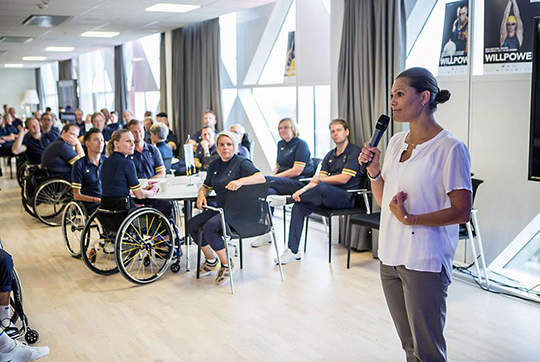 Crown Prince Frederik and Crown Princess Mary attended the Flag Day parade for international deployed military personnel, veterans, and those lost in action at The Parliament Square in Copenhagen on September 5.

On September 6, King Harald and Queen Sonja paid a State Visit to Finland and were guests at a State Banquet held by the President of Finland at the Presidential Palace in Helsinki.