Prince Harry had a busy PR day yesterday. Not only did Kensington Palace announce a tour to the Caribbean for this fall, but Harry sent a message of support to 11 Paralympic competitors who competed in the Invictus Games.

In late fall, probably late-November/early-December, Harry will visit Antigua and Barbuda, Barbados, Grenada, Guyana, St Kitts and Nevis, St Lucia, and St Vincent and the Grenadines. Full details of the tour will be released at a later date, but here is the preliminary press release from Kensington Palace:

“Prince Harry will make an official visit to the Caribbean in the late autumn, on behalf of Her Majesty The Queen.

“His Royal Highness will visit Antigua and Barbuda, Barbados, Grenada, Guyana, St Kitts and Nevis, St Lucia, and St Vincent and the Grenadines.

Harry’s previous trips to the Caribbean include a tour of the Bahamas and Jamaica (where he hugged the Prime Minister) in 2012 as part of the Diamond Jubilee, and a tour of Barbados in 2010. This will be Harry’s first visit to all of the other countries in the 2016 tour.

Harry also released a message of support to 11 Invictus Games competitors who have been selected to compete at the Rio 2016 Paralympic Games.

As Patron of the Invictus Games Foundation, Harry said:

“I remember watching these competitors at the 2014 and 2016 Invictus Games. And now they’ve been selected for the Rio Paralympic Games. I can’t think of a better example of showing how important sport can be for recovery. I know they’ll compete with the same Invictus spirit that we saw in London and Orlando – motivated not just by winning, but by pushing their bodies and minds to the absolute limit to prove to the world there is life beyond injury. They will lift everyone around them and whether you’re watching in Rio or on TV around the world, they will inspire you. I’m incredibly proud of what they’ve achieved and will be cheering on every single competitor during the Games.”

“To those Invictus Games competitors representing your five nations, all I have to say to you is what an incredible achievement – well done for your selection. You have trained harder than ever, but the fight to the finish line won’t be easy. You all know this better than anyone. Cherish this moment as you get to serve your country again. Absorb the applause and atmosphere for inspiring millions, but most importantly – have fun!”

The 2016 Paralympic Games in Rio start on September 7 and run until September 18. Here is a link to the event schedule. And here’s a link to NBC’s coverage schedule. 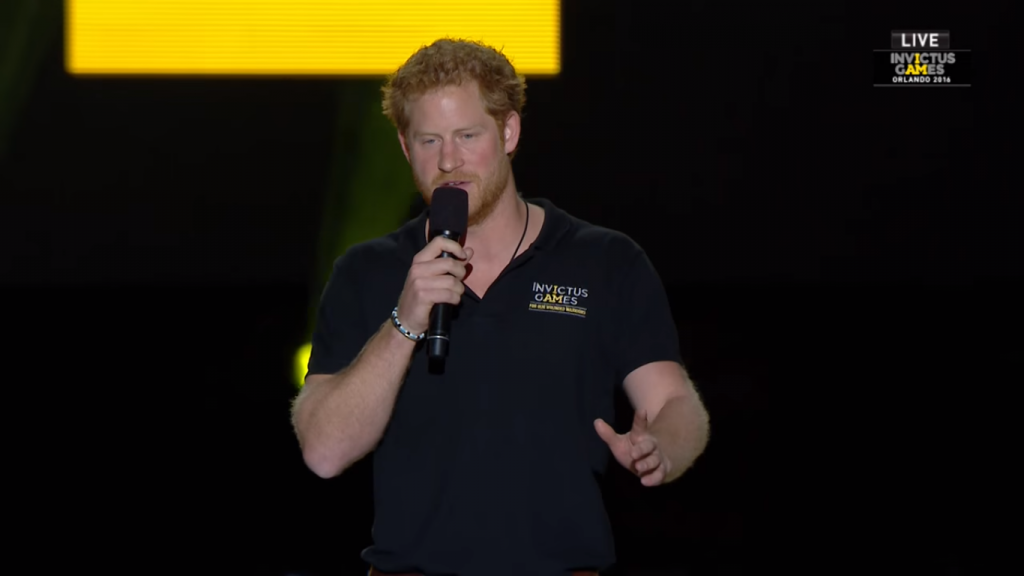