Friday, September 16, saw King Carl XVI Gustaf, Queen Silvia, Crown Princess Victoria, Prince Daniel, Prince Carl Philip, and Princess Sofia attend the Sweden Dinner at the Royal Palace, while Princess Madeleine was in New York. Victoria has been in New York this week but her trip doesn’t end until the 23rd, so I’m going to wait and throw her entire trip into one post. 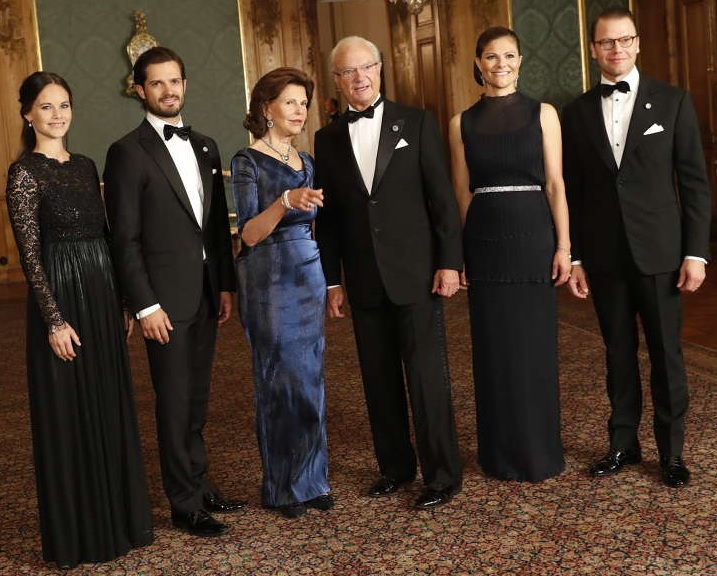 The approximately 180 guests at the Sweden Dinner included representatives from culture, business, education, sports, and club activities from Sweden’s 21 counties and county governors. Sverigemiddag is a less formal dinner (no tiaras or orders) which was started in 2013.

Victoria wore a navy tiered dress from Ann-Sofie Back which dates from 2011 and has been worn both as a non-maternity dress and as a maternity dress when pregnant with Estelle. She wore crystal earrings which she has worn previously, and a floral headpiece in her updo. 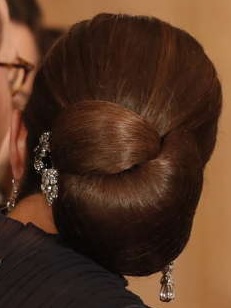 Sofia sadly went back to the dreaded center part. She wore Kay Senchai “Mystique” black dress from the SS15 collection. This dress doesn’t even look good on the model. 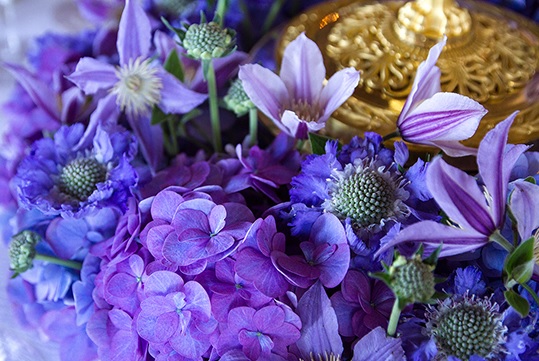 Dinner was held in the White Sea. Flowers include hydrangea, scabiosa and clematis. The tables were set with a gilt candelabra by Karl XIV Johan, linen cloth from Klässbols and linen napkins woven in Belgium in the 1980s with the King and Queen’s monogram, glasses made by Skruf Glassworks designed by Carina Seth Andersson which were a gift from the parliament and the government to the King on his 70th birthday. 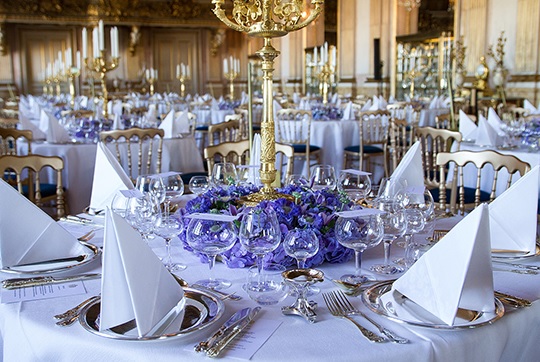 The menu consisted of: 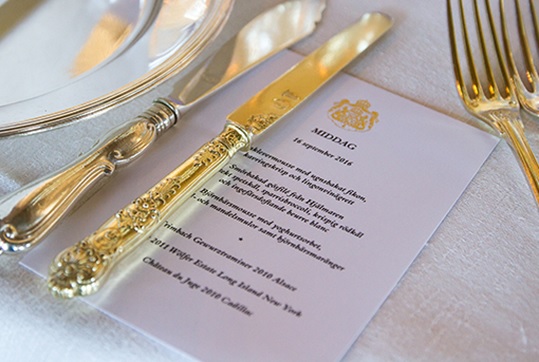 In the morning of September 16, Princess Madeleine attended the United Nations High-level Meeting on “Solutions to Achieve Sustainable Development Goals for Children”. The event was hosted by World Childhood Foundation, the Permanent Missions of Italy and Sweden to the UN, and the Andrea Bocelli Foundation.

Madeleine wrote on her Facebook page: “The objective of this high level meeting at the United Nations this morning is to conceptualize solutions that would contribute to the achievement of the Sustainable Development Goals for the global benefit of CHILDREN. This meeting aims to illustrate the power of working TOGETHER to address the needs of children and ending violence against children.” 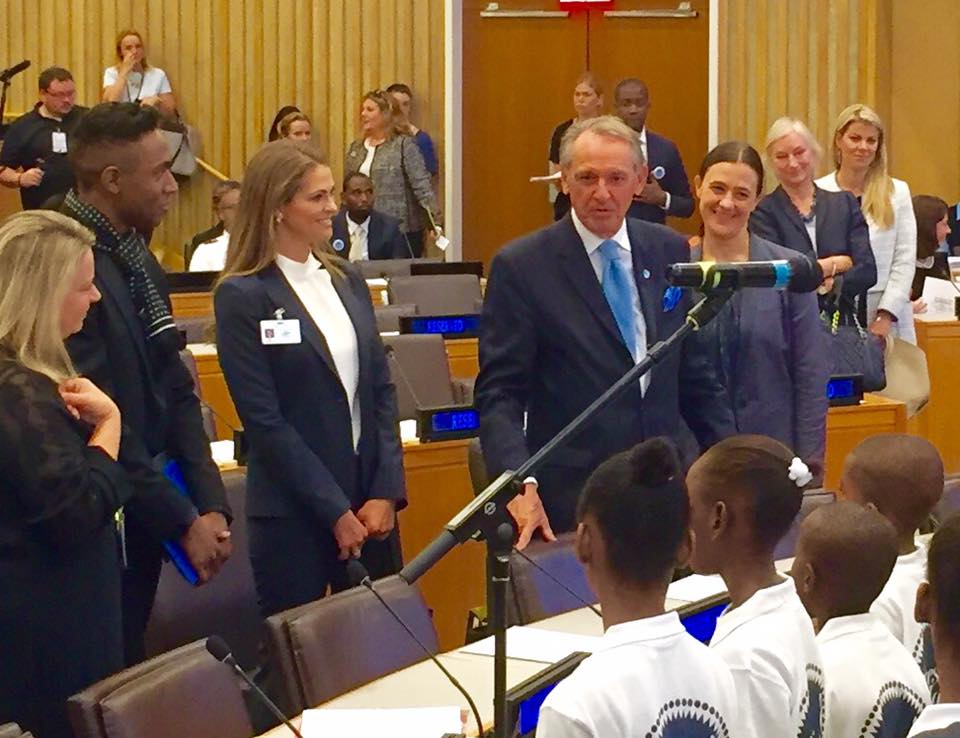 In connection with the meeting and the #EyesWideOpen campaign, a new mobile app has been launched called the “Stewards of Children Prevention Toolkit” – which was created in partnership with the World Childhood Foundation, Darkness to Light, and Ericsson.

“Each year, it is estimated that 1 in 6 boys and 1 in 4 girls are sexually abused before the age of 18 in the United States. Globally, every year, it is estimated that 150 million girls and 73 million boys experience sexual violence. Despite these astronomical numbers, child sexual abuse is rarely discussed and solutions do not adequately address the public health crisis affecting one tenth of the world’s children. But is not our children’s obligation to keep themselves safe. We, as adults, have an obligation to ensure that our children are surrounded by child protectors.

“In 1999, my mother decided to use her voice to speak about children’s rights and founded the World Childhood Foundation. I have always admired my mother’s courage and aim to continue her work in combatting child sexual abuse. Now as a mother of two, I am even more determined to help create a world free from sexual abuse for all children in our lifetime. The first step in combatting sexual abuse is removing the stigma from discussing the abuse, which requires learning the facts, talking about it with our children and investing in prevention. Because of this I am so excited to share with you a new mobile app which is launching today called the ‘Stewards of Children Prevention Toolkit,’ created in partnership with the World Childhood Foundation, Darkness to Light and Ericsson.

“I hope that with the availability of this new app, all adults who have caring roles with children, including parents, teachers, coaches, church communities and other youth serving professionals as well as health care providers for children, will take the time to educate themselves about child sexual abuse and everyday protection approaches, and can feel better equipped on how to react when specific concerns about a child arise.
We live in a digital world and it is crucial that technology is integrated in our fight to end child sexual abuse and not for online child abuse. Let us commit together to keep our #EyesWideOpen and ensure that we keep the children in our lives safe from all forms of violence.” 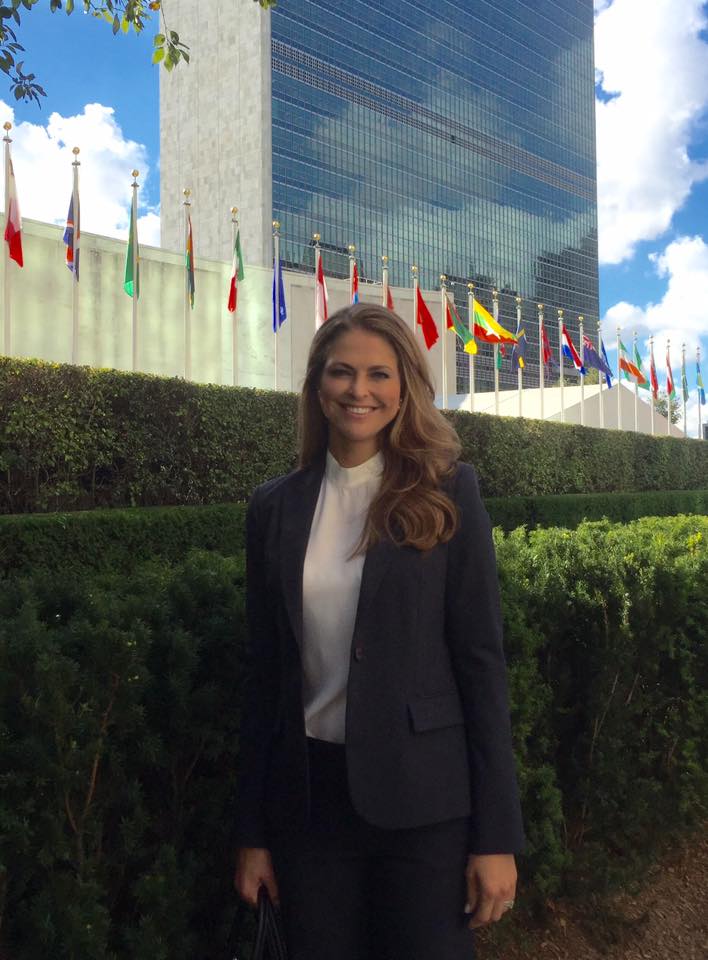 Here is a video of Madeleine announcing the app.

In the evening, Madeleine attended the World Childhood Foundation USA Thank You Gala 2016 at Cipriani 42nd Street. Madeleine presented the ThankYou Award to Forest Whitaker, Andrea Bocelli, and Paul Polman (Unilever CEO). The night included an auction to raise money for the organization.

Actress Malin Akerman and chef Marcus Samuelsson were also there. You can view a full gallery here.

Madeleine co-founded both Thankyou by Childhood and #EyesWideOpen while working as Project Manager for Childhood USA when she lived in New York.

Oh, Malin Akerman… what are you wearing?