This royal round up features: A Kate Middleton engagement announcement; an update on Prince William‘s cyberbullying taskforce; Queen Maxima attending the opening of Parliament; Princess Charlene bringing Prince Jacques to an engagement; and Queen Rania being honored with humanitarian award.

Kate Middleton will make her first solo overseas visit and first solo foreign royal meeting on October 11. Kate will visit The Netherlands on Tuesday, October 11, for a day of official engagements in The Hague and Rotterdam.

Upon arrival in The Netherlands, Kate will pay a courtesy call on King Willem-Alexander at Villa Eikenhorst. Kate won’t get to meet Maxima again because apparently she’s going to be out of the country. Sad face.

Kate will then visit the Mauritshuis in The Hague for the exhibition ‘At Home in Holland: Vermeer and his Contemporaries from the British Royal Collection’. Twenty-two works by Dutch artists from the 17th-century have been loaned from the British Royal Collection to the Mauritshuis where they will be on display from September 29, 2016-January 8, 2017. Kate, Art History Major, will tour the gallery’s permanent collection before visiting the exhibition, meeting children taking part in the gallery’s learning program, and attending a short reception with museum supporters.

Kate will then travel to Rotterdam to see Bouwkeet, the social Makerspace of Bospolder-Tussendijken. It’s a community project which provides a creative design and technology workspace where people can share their skills and provide education, skills, and positive role models within the community.

Is it weird that I’m looking forward more to this visit than the tour of Canada? I wonder what Kate and Willem-Alexander will talk about. Hopefully reporters will get to be in on the meeting, or there will be video or something. 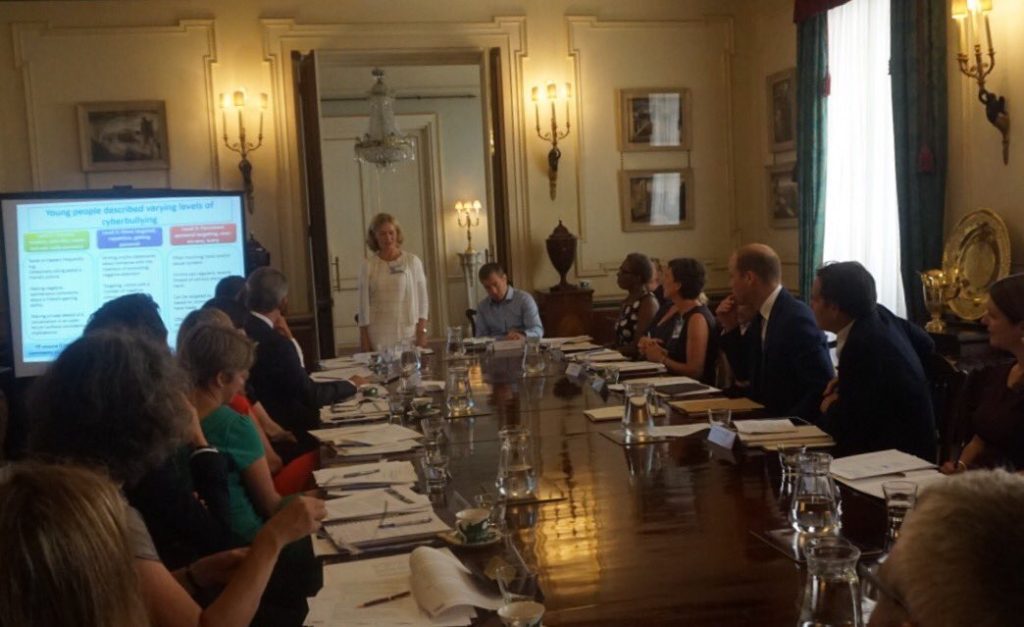 On September 14, Prince William attended the second meeting of The Royal Foundation Taskforce on the Prevention of Cyberbullying, which he launched earlier this year. Don’t know what was said or accomplished since KP didn’t tweet about it, and if there is a post about it on the royal.uk website I wouldn’t know since that site is crap and is so difficult to search for stuff. But just letting you know that that is still happening.

Speaking of the Dutch royals, King Willem-Alexander and Queen Maxima were out on September 20 for Prinsjesdag. Every third Tuesday of September is Prinsjesdag, the opening of the new parliamentary year where the monarch reads a speech about the plans of the government for the coming year. You can read a transcript of the speech here, it’s in Dutch.

Willem-Alexander wore a morning suit with a grey vest and the insignia of the Military Order of William.

Hats with long dresses and orders is the dress code for women for this event. So Maxima wore a two piece dress of a midnight blue silk top and gold silk satin double gabardine skirt from Claes Iversen, with a hat from Fabienne Delvigne. Max wore some giant sapphire and diamond earrings and a giant sapphire bow brooch at the waist, and the Order of the Netherlands Lion.

Prince Constantijn (W-A’s younger brother) wore a morning suit and the insignia of the Order of the Netherlands Lion, while Princess Laurentien wore a dress made ​​of knitted metallic jersey, and a matching hat made ​​of two layers of black and one silver layer sinamay and decorated with pleated crinoline. She also wore the Order of the House of Orange and a moth brooch.

Rania posted a photo from the event on her Instagram with the caption: “Our world desperately needs a new renaissance that drives humanity to give its best just when the stakes are highest… Honored to receive the Andrea Bocelli Humanitarian Award in Florence”.