Sophie, Countess of Wessex was in Brockenhurst, England on July 26 and 27 for The New Forest & Hampshire County Show.

Sophie has been Patron of the Association of Show and Agricultural Organisations since 2012 and is the new President of The New Forest & Hampshire County Show as of 2016. 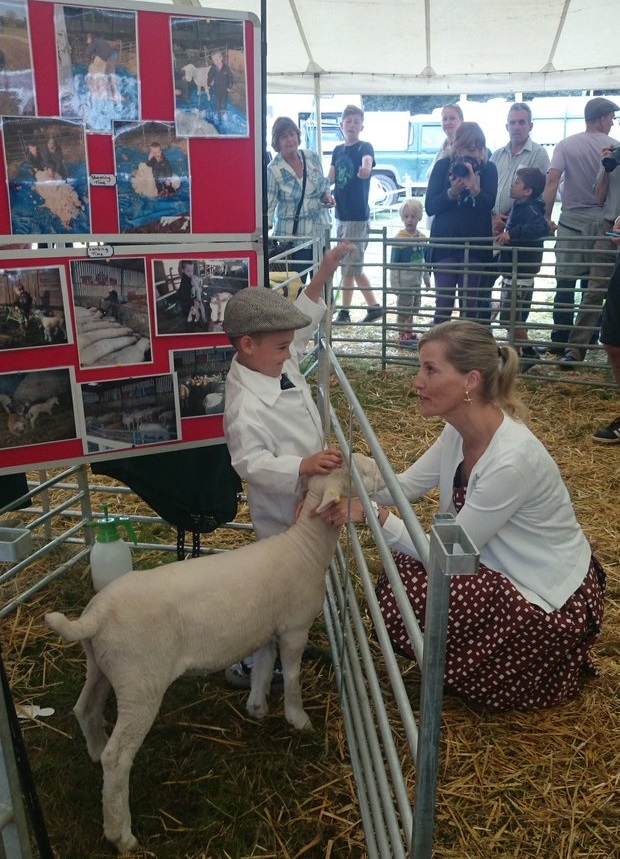 Sophie toured the Show, meeting 5 year old Arthur Jones and his show sheep Bubbles. This is the second time Sophie has met Arthur – they previously met at the Show in 2013.

Arthur’s story is pretty sweet. He was born two-and-a-half months premature, has cerebral palsy, and is Britain’s youngest shepherd. His grandmother Nicky Jesse (one of the country’s few shepherdesses) has been teaching him to shepherd, and he has been herding and caring for his own little flock of sheep since he was one. He’s the youngest ever member of the Poll Dorset and Dorset Horn Sheep Breeders’ Association. You can read more in this 2013 story from the Daily Mail. The story of Arthur and Twinkle is so charming. 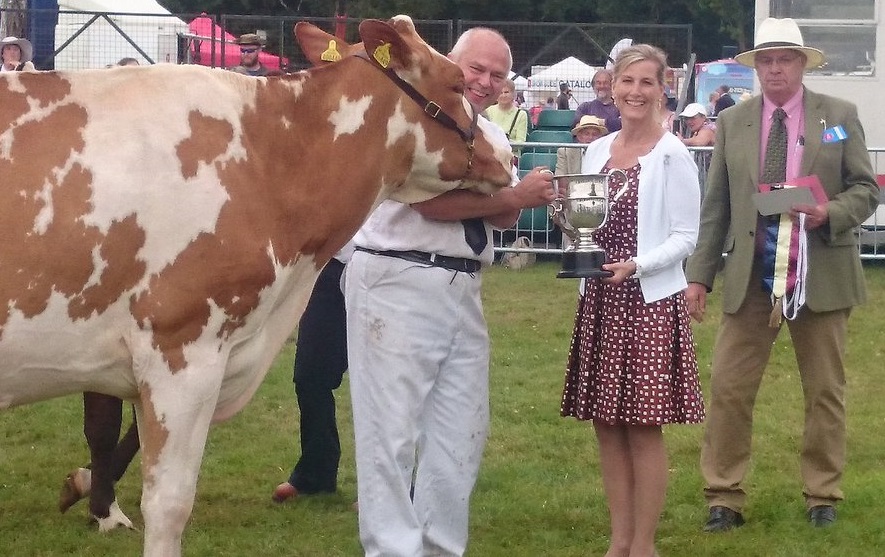 On Day 1 of the Show, Sophie presented the Supreme Cattle Championship Cup to Mikali Secure Adella.

Sophie also watched a performance by The Milton Academy of Dance and took a selfie with a group of dancers dressed at the Spice Girls.

Sophie wore a brown Prada dress with a white cardigan, her Heavenly Necklaces starfish earrings, and a stirrup brooch which is the symbol of The New Forest.

Sophie was also at the Show on Day 2. She visited the Stewarts Garden Centres stand as well as the Forestry Commission sandbox.

It's not every day you get a visit from the Countess of Wessex pic.twitter.com/w2e3pwRQPr

Sophie heard an explanation of how the sandbox works and presented the Geography and Environment at the University of Southampton, the Forestry Commission, the British Society for Geomorphology, and the universities of Brighton and Hull with the Maldwin Drummond Challenge Cup for best Trade Stand.

“We were delighted to be asked by the Forestry Commission to help demonstrate and inform the public about the ongoing restoration projects in the New Forest. The interactivity of the stand is fantastic for engaging the next generation of the New Forest community and foster potential scientists. It’s a testament to all involved in the stand that we have been awarded the Best Trade Stand and an honour to be awarded this by the Countess of Wessex. The Countess was highly informed and showed real enthusiasm and support of the restoration activities within the New Forest.”