Camilla, Duchess of Cornwall gives speech on domestic abuse to “pull back that shroud of silence”

On July 14, Camilla, Duchess of Cornwall held a reception at Clarence House for domestic abuse survivors and campaigners. The Duchess gave a speech saying that we need to “pull back that shroud of silence” in order to eradicate domestic abuse from our society. 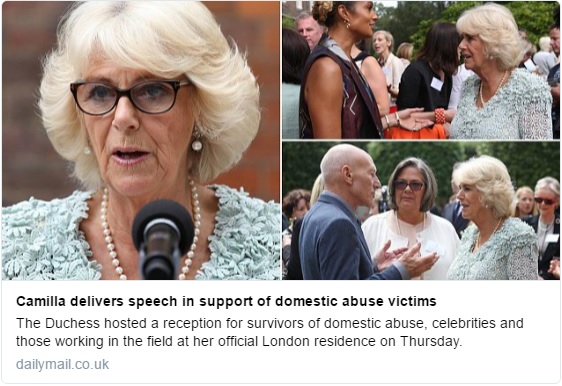 Camilla has been involved with ending sexual violence toward women for years now, but in January of this year she visited SafeLives and met with survivors of domestic abuse and family members of those who lost their lives to domestic abuse. Camilla held this reception as a part of her continued support of this issue.

Camilla’s speech at the reception:

“Now in January this year, I was fortunate enough to spend time with some of the bravest women I have been privileged to meet. Some of you are here today and I am delighted to be able to welcome you. Their experiences touched not only their lives but also the lives of those around them, in the most tragic ways.

“I spoke to courageous women who had survived abuse as well as to mothers, sisters, daughters, and friends of those who had been killed. Their silence was broken – but only after a tragedy. I hope very much that today might mark a moment when we start to pull back that shroud of silence. I hope we can talk about what is happening behind closed doors across the country and I hope that these brave people have the courage to speak out and to be, in the words of one of our guests, ‘victors not victims’.

“Of course a new conversation has been starting in a place where many might not have expected it. Thanks to the Archers, millions of people now have some understanding of what living with relentless coercive behaviour is really like and I’m delighted that Louiza Patikas, who plays the unfortunate Helen is here today.

“Now some of you in this room know, only too well, that coercive control nearly always is the beginning of domestic abuse. Some of you are already working tirelessly to try to eradicate it from our society. I hope very much that all of you will find a chance to make significant connections today and find new ways to bring this problem out into the open – so that together we can make sure that the voices of those who are living with abuse today are not silenced, but clearly heard.”

In case you are wondering what The Archers reference was, The Archers is a long-running British radio soap opera broadcast which ran a domestic abuse storyline which recently culminated with a woman stabbing her husband after suffering years of abuse. Louiza Patikas is the actress who plays the woman at the heart of that storyline, Helen Titchener.

Sir Patrick Stewart was at the reception. Stewart is a long-time campaigner for women and children affected by domestic abuse after witnessing the abuse his mother faced at the hands of his father. Here’s a 2009 Guardian article he wrote that will break your heart, and here is a speech he gave in 2009, and here is a video of a response he gave in 2013 at a comic con. I love Patrick Stewart because of Professor X and Captain Picard, but knowing that he is such a supporter of domestic abuse survivors makes me love him even more. 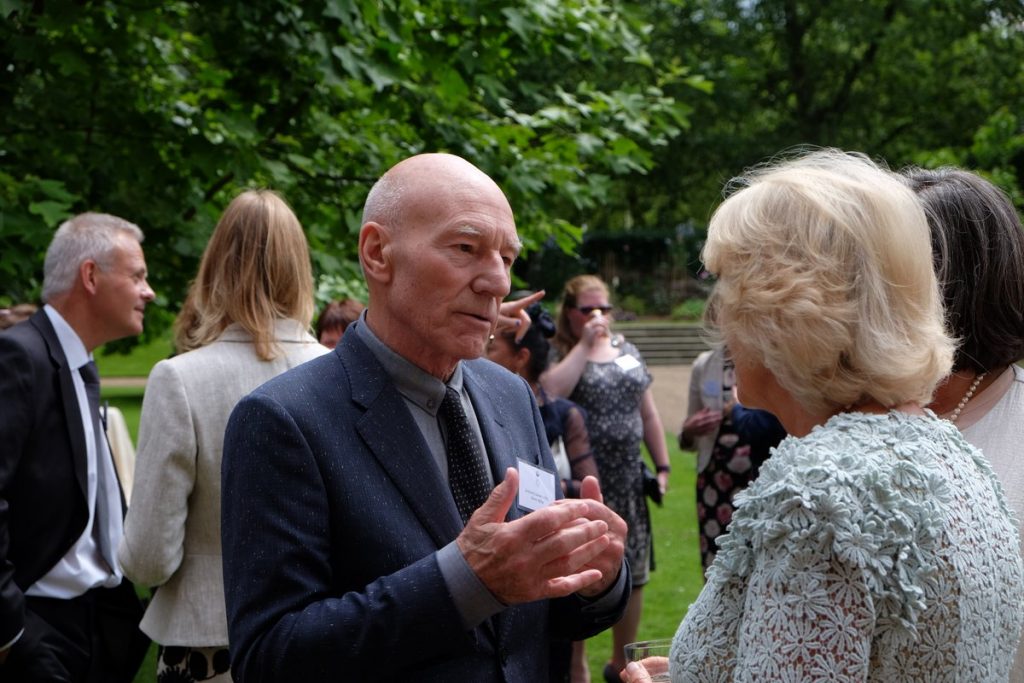 I’m really glad that Camilla is continuing her support of this issue. Domestic violence and abuse needs to be spoken of, brought into the light, so that people are more willing to get help and so that the people who do seek help are believed. This is such an important issue.

In my article about Camilla’s SafeLives visit, I wrote about Rachel Williams who was nearly killed when her husband shot her in 2011. Rebecca English at the Daily Mail did a great article on Williams which you can read here.

After the reception at Clarence House, Camilla stopped by the Commonwealth Women Leaders’ Summit to show her support.

It was our pleasure to welcome HRH The Duchess of Cornwall to the #womenleaderssummit: https://t.co/ZFBrlDDCFG pic.twitter.com/a7z7zL4aom

PS. This year is the worst. My thoughts are with the families of all those who died in the last couple days.

60 thoughts on “Camilla, Duchess of Cornwall gives speech on domestic abuse to “pull back that shroud of silence””