Two royals – Camilla, Duchess of Cornwall and Sophie, Countess of Wessex – have teamed with Visit London to create BFG Dream Jars in celebration of Roald Dahl‘s 100th anniversary since his birth and to coincide with the release of The BFG movie (which already bombed in the US).

The BFG Dream Jar Trail sees 50 celebrated famous people’s dreams and aspirations transformed into sculptures which are spread throughout London, mostly, but also Birmingham, Cardiff, Glasgow, and Manchester. The 50 Dream Jars will be auctioned off with the proceeds going to Save the Children and Roald Dahl’s Marvellous Children’s Charity.

Camilla is Patron of Roald Dahl 100, a year-long, UK-wide celebration marking 100 years since the author’s birth. Camilla’s dream is about reading: “The power of a good story is immense. It starts a voyage of discovery into different worlds that broadens and stimulates our minds. My dream is that every child learns to read, and discovers the life-long pleasure of books.” 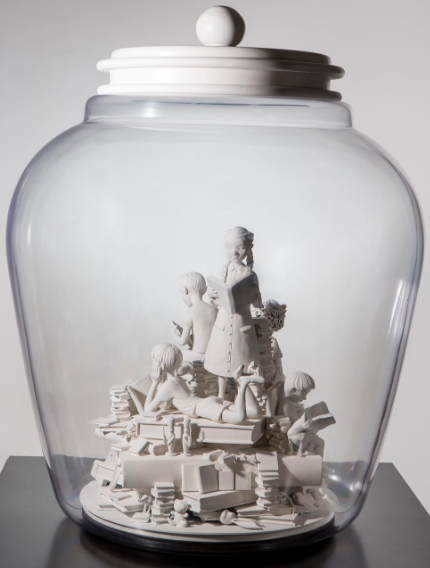 Camilla’s sculpture, by artist Michael Howells, is titled “Read” and features a giant pile of books with several children sitting on top reading.

Camilla unveiled her Dream Jar yesterday, July 12, in St. James Park. The event was attended by nurses and children from Roald Dahl’s Marvellous Children’s Charity. Lucy Dahl (in white to the lefft of the jar), Roald Dahl’s youngest daughter, was also there.

Sophie has also designed a Dream Jar, titled “Innocence”. Her dream is “to protect children from being exploited via the internet”.

The sculpture is by artist Ryan Mc Elhinney and features a girl on a swing made of a keyboard. Sophie’s jar will be positioned outside The Queen’s Gallery in London starting on July 19. 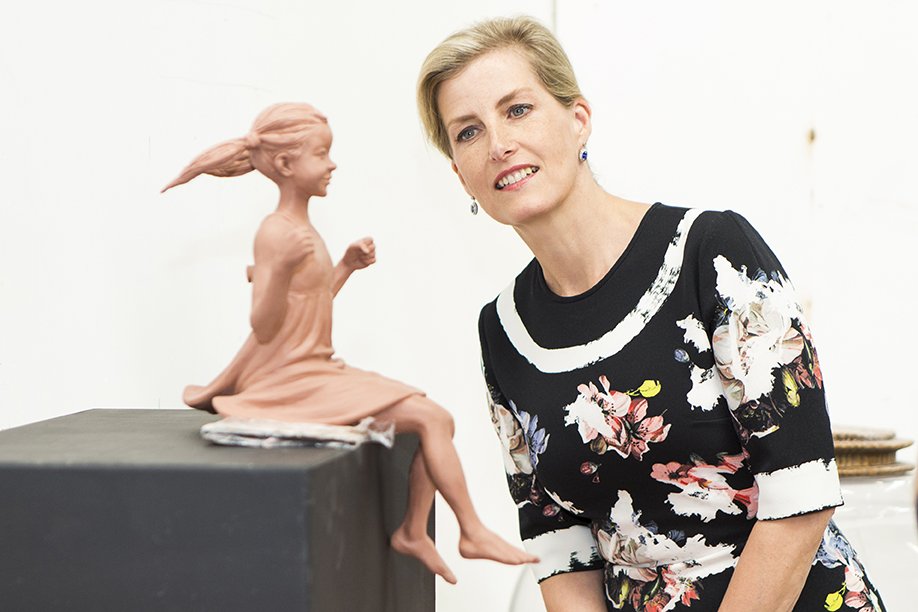 Here’s a video about the Dream Jars.