Royal Round Up: Crown Princess Victoria and Princess Sofia

I was fully expecting to get photos from the Annual Cambridge Family Polo Photoshoot over the weekend, but that never came because I guess the Irish Guards St. Patrick’s Day parade isn’t the only thing Kate doesn’t want us to expect from her every year. Oh well, let’s catch up with what Crown Princess Victoria and Princess Sofia have been up to.

I’m going to start with Princess Sofia because the date of Prince Alexander‘s baptism was released: September 9. Having been born on April 19, Alexander will be almost five months old at the time of his baptism. The baptism will take place at the chapel at Drottningholm Palace – the same place Princess Leonore and Prince Nicolas were christened.

Back to Sofia. Sofia, as Honorary President of Sophiahemmet, attended the university’s graduation ceremony at Stockholm City Hall on June 14 where she presented the Sophia Sisters with their traditional brooches. Sophiahemmet was founded in 1884 by Queen Sofia who was inspired by Florence Nightingale’s work and nursing school in London. Princess Sofia has been Honorary President since January 1 of this year, having taken over the role from Princess Christina.

Stenhammar Day began in 2006 when the Swedish University of Agricultural Sciences and the Stenhammar Estate began a partnership with the aim of generating knowledge for the development of grazing-based meat production, for the benefit of both the industry in general and Stenhammar’s own operations.

On June 16, Carl Philip and Sofia joined Crown Princess Victoria and Prince Daniel at the Polar Music Prize at the Stockholm Concert Hall.

Sofia wore a white shirt and skirt combo from Rodebjer, and new silver pumps from Charlotte Olympia. Sofia wore Lara Bohinc “Saturn” earrings that she may or may not have borrowed from Victoria.

Victoria wore a new Ralph Lauren “Dora V-Back Gown” in cream (on sale for $2394.00). She wore a giant necklace over the dress – the necklace comes from the H&M 2014 Conscious Collection.

I really like this look. The dress is very pretty on it’s own and lends itself perfectly for the detail of the necklace. 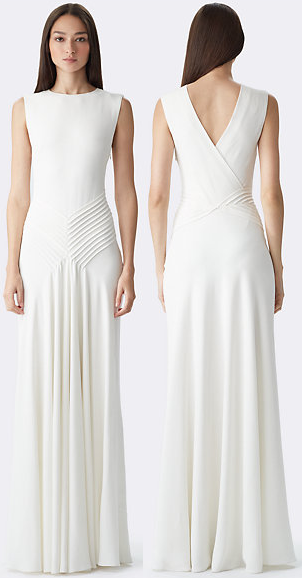 Here is a video of the event. From 7:27-8:00 the royals literally dance their way out of the Concert Hall. Those 32 seconds are giving me life!

On June 13 and 14, Victoria and Crown Princess Mette-Marit attended the EAT Stockholm Food Forum. The Forum is about the connection between food, health and sustainability, and had a mixture of lectures, panel discussions, and conversations between scientists, politicians, and business representatives. On the first day, Victoria presented the Global Innovation Award 2016 to Innoscentia AB.

For Day one, Victoria wore a new dress from Mayla, the “Georgia gown with ruched sleeves and collar” (1,677 Kr which is about $203), and a studded bag from Valentino. 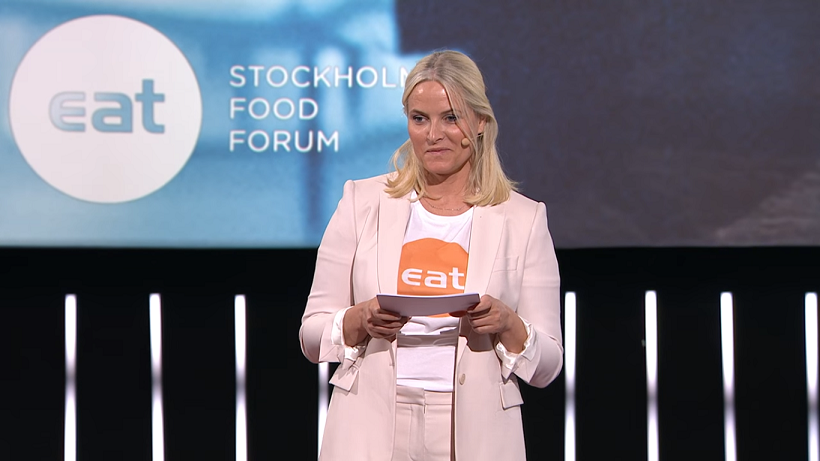 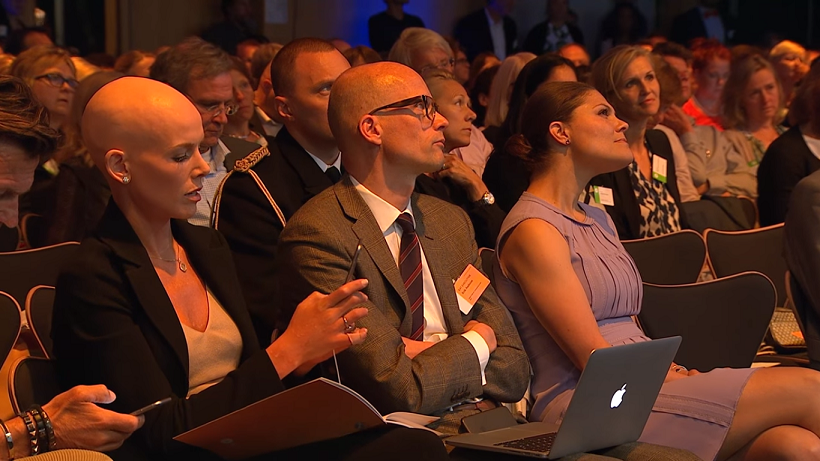 On June 16, Victoria attended a foreign relations committee meeting at the Royal Palace. 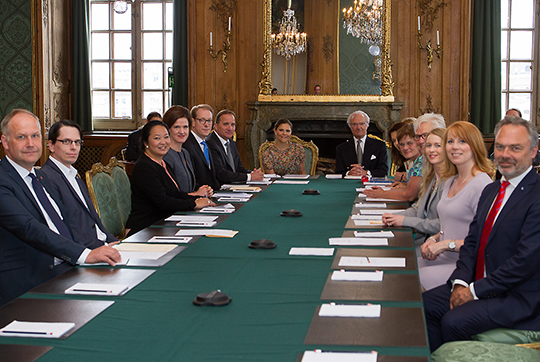 118 thoughts on “Royal Round Up: Crown Princess Victoria and Princess Sofia”