Sophie, Countess of Wessex, as something something to the Duke of Edinburgh Award (I know she’s not Patron, but the new royal website won’t tell me exactly what she is since it’s a horrible website), will take part in the DofE Award Diamond Challenge to mark the Award’s 60th anniversary. Sophie’s challenge is cycling 445 miles from Edinburgh to London. 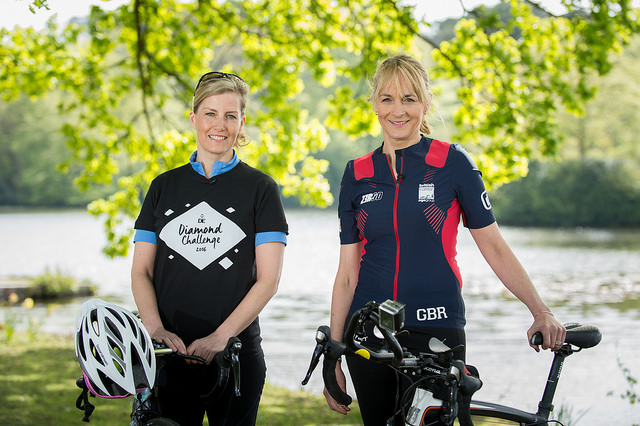 Sophie will cycle from the Palace of Holyroodhouse to Buckingham Palace over seven days in September, accompanied by a small team of service people from four of her military affiliations: RAF Wittering, 5th Battalion The Rifles, Queen Alexandra’s Royal Army Nursing Corps, and Corps of Army Music.

In honor of her challenge, Sophie wrote a piece and made a video talking about why she chose to undertake this ride. Sophie wrote:

“In September this year I shall be cycling 445 miles from the Palace of Holyrood in Edinburgh to Buckingham Palace in support of the Duke of Edinburgh’s Award Diamond Anniversary Appeal.

“Some months ago I was asked by the Award (DofE) to take up a challenge in celebration of this incredible milestone. The funds being raised by me as well as many others all over the country will give thousands more young people in the UK the opportunity to experience the life changing opportunities the Award offers. I have personally witnessed the incredible impact the Award has on every young life it touches, so I had no hesitation in agreeing to play my part.

“I believe every young person should be given the chance to take up the DofE. It offers each participant the chance to become motivated, self confident, community aware individuals regardless of their background, ability or culture, helping them realise their potential and in many cases turning lives around for the better. At the gold level it equips young people with the self- belief and work-ready skills they need to succeed.

“So what could I do? It had to be something outside my comfort zone that was challenging enough to require a high level of personal commitment. Cycling is something I only tend to do with my children and never for more than the odd hour. It is something I’ve always found to be one of the more testing forms of exercise physically and mentally, so cycling it had to be!

“I am now training hard and trying to get to grips with the kit, the fitness level, the seat(!), the aching shoulders, wrists and backside, the terrifying roads, the hills and worst of all the cleats! Yes I have off several times, but the bruises are fading and each time out gets a little better. The training is hard work but I am determined to be fit enough to complete my journey. Your support in sponsoring me will make me all the more determined.

“There are a number of people who have been incredibly supportive of me in putting this event together. I would like to thank the team who will be accompanying me on my ride, in particular Jamie from Boardman Bikes and Rachel from RMAS. David, Pippa and Martin, thank you all for your incredible support in sorting the logistics, route etc. and in ensuring that we don’t have to sleep under the stars!

“The DofE sometimes struggles to gain the attention it deserves. I hope by doing this bike ride I will not only help them achieve their Diamond Challenge Fund goals, but may also interest others in doing their own challenges no matter how big or small. If you think you could do something for the DofE this year, you will be helping thousands of young people all over the country.”

Sophie gave a short interview to BBC Breakfast about the Challenge, but she also talked about her children. I’ve transcribed some interesting parts in which she talks about behind-the-scenes of the photoshoot with The Queen and her great-grandchildren and Sophie’s children, and how her children will have to get jobs and earn their own living when they are older.

On the photo of the Queen with her great grandchilden and Sophie’s children:

“I don’t think any of us knew quite what to expect. Anything could have gone wrong, because we had some quite little-ease (sp?) in the picture. Actually they all behaved fantastically well. I think actually the better photograph would have been the one from behind the children looking to all of the adults trying to get all the children to smile and laugh, to look engaging and everything.”

On bringing her children up out of the spotlight, they’ll have to earn their own living:

“Certainly when they were very young we tried to keep them out of it, only because for their sakes to grow up as normally as possible we felt was quite important. And, you know, they’re going to have to go out and get a job and earn a living later on in life, and if they’ve had as normal a start in life as they can possibly get then hopefully that will stand them in good stead.”

Sophie was at Royal Military Academy Sandhurst yesterday for training where these photos were taken and where she gave her BBC interview. Photos by Corporal Jonathan Lee van Zyl. 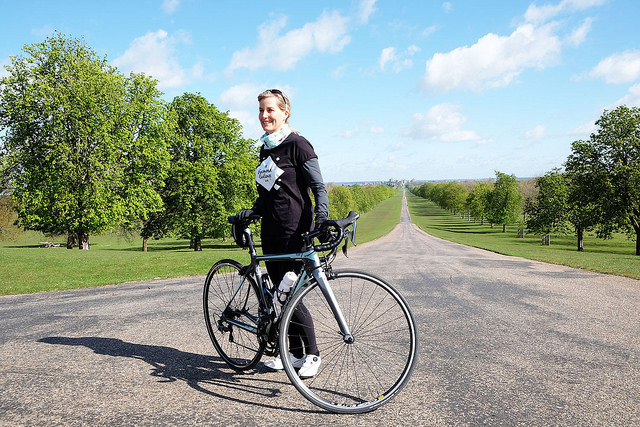 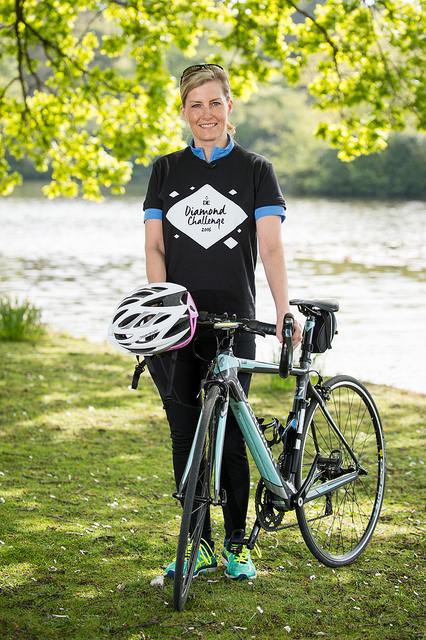 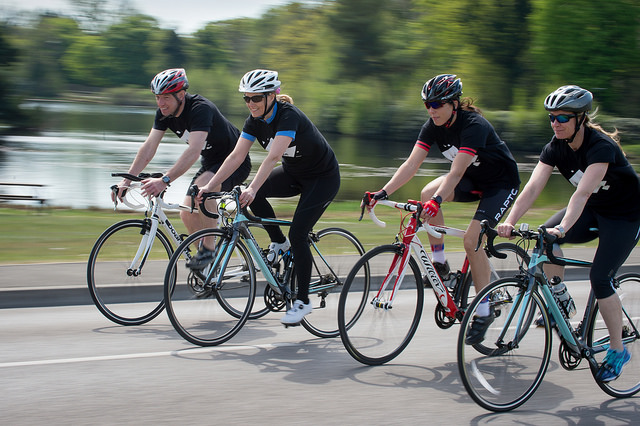 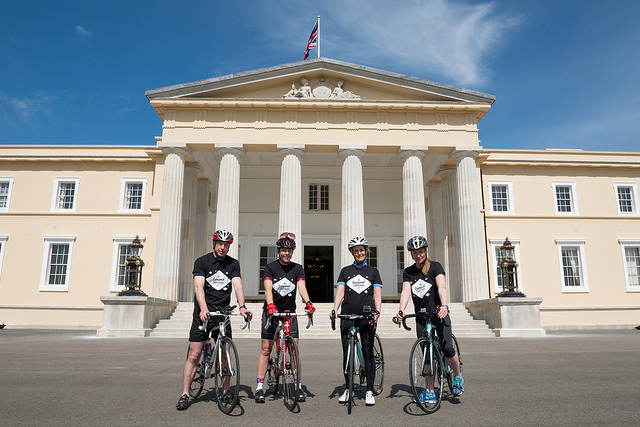