Royal Round Up: Queen Maxima

Queen Maxima has been out and about recently, chugging along in her role as Queen. So for this royal round up, let’s check in on her. 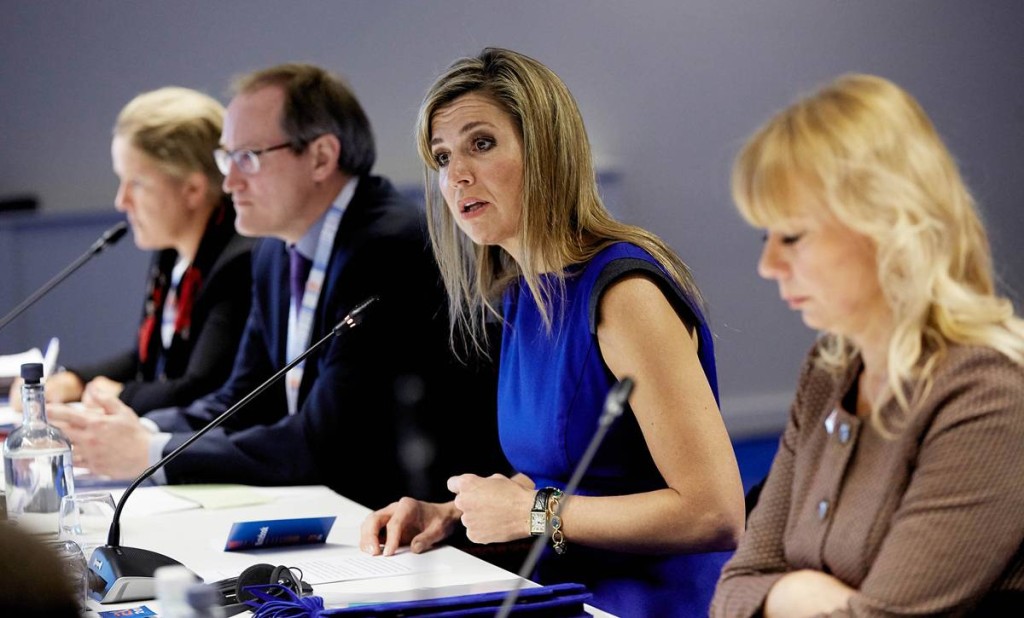 April 1 saw Maxima give a speech at the Small and Medium-sized Enterprises (SME) Envoy Network in Amsterdam. It’s a long speech with a lot of information. She talked about ways in which the government can help SMEs, new financing options for SMEs, and the entrepreneurial spirit and encouraging children to get interested in setting goals early.

As I said, it’s a long speech, I’m only quoting the part about encouraging young people.

“Like everything in life, it is better if you start young, so it is also vital to encourage an entrepreneurial spirit among primary and secondary school pupils as well as students in higher education. The Netherlands is not unique in this: policymakers in nearly all EU countries are working to strengthen enterprise education.

“Research of the Dutch Young Entrepreneurship Foundation shows that young people in the Netherlands who have taken enterprise courses find it easier to get a job, often at the management level. In schools, exchanging one day of theory a week for a day of practical training of their entrepreneurial skills can lead to better study results and a lower dropout rate. In this way, enterprise education helps create not only successful entrepreneurs, but also better employees. We need to implement entrepreneurship education programmes as well as carry out high level research on entrepreneurship.”

Maxima visited Village Our Pleasure in Nieuwer-Ter-Aa on Wednesday, March 30. The Village has been operational since 2010 and is supported by volunteers from local businesses. The Village is a meeting place which brings together a village shop, library, and playgroup, and promotes self-reliance among the people. The Village is one of three winners of the Apples of Orange 2016 – an annual prize from the Orange Fund, which was given to Willem-Alexander and Maxima as an official wedding gift in 2002.

Also on March 30, Maxima attended a symposium for music education in the Conservatory in Amsterdam during which she received a copy of the book Music Education we do together.

March 22 saw Maxima give a speech at The Hague in her role as a member of the Dutch Committee for Entrepreneurship and Finance, and advocate of the Secretary-General of the United Nations for Inclusive Finance for Development. She gave a speech during a seminar titled, “Joining Money”, organized by Qredits and The Hague University to mark the retirement of professor Klaas Molenaar.

“When I worked at banks in Buenos Aires, New York and Brussels, I saw how important it is that people are given a fair chance. It is not primarily about money. Money is just a means. It is about dignity and pride. To join in with all of your talents. To make a good living, on your own, for yourself and for the people to build you back up. And more broadly refers to new jobs and social progress. To equality between men and women. And finally to hope for a better future. […]

“Loans (small and large) are very important. But they are only part of a much larger whole. What we need is a financial system that is open to everyone. An inclusive system. So that people can safely send money to their families, without skyrocketing costs. So that farmers can insure themselves against a poor harvest. So that women earn money they can save, and not having to keep under their mattress, where others can access it. […]

“Entrepreneurship is not only a question of money, but also of knowledge and skills. That is always what the starting point for microfinance was in the Netherlands: the combination of funding and support. Money is just a tool. Participation is paramount. That’s what it’s about.

“I wish all the students in the room a lot of success.” 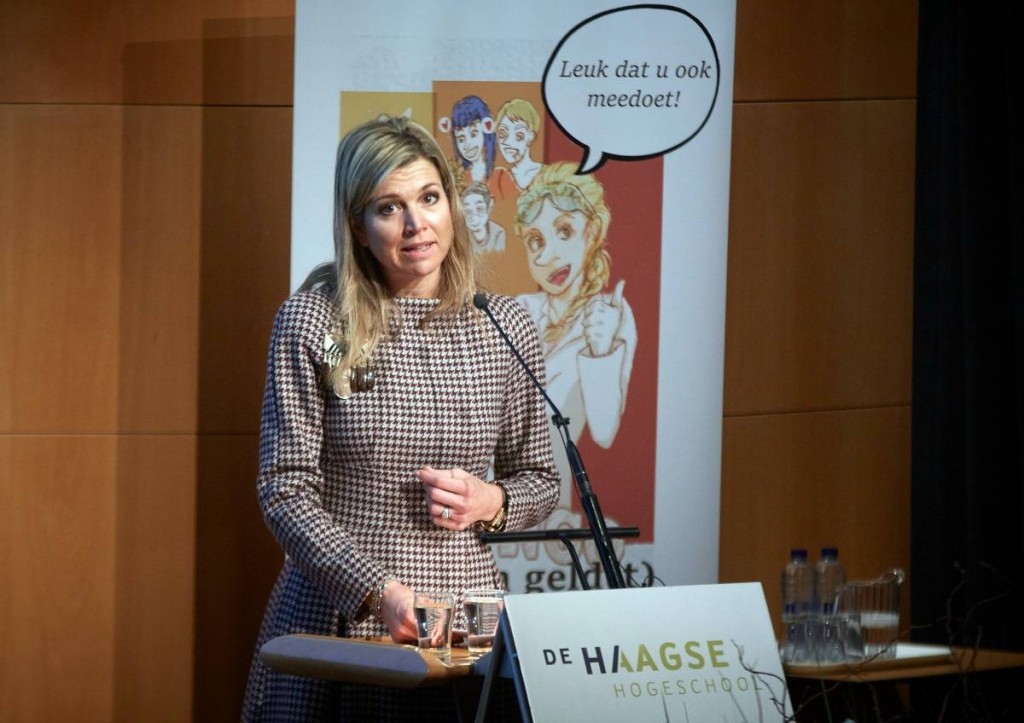 On March 21, Maxima attended the 35th edition of the Dutch Prix Veuve Clicquot Businesswoman of the Year ceremony. This international award is for business women for the purpose of promoting female entrepreneurship and management. The award is presented in eighteen countries. Candidates are judged by a jury to include management skills, organizational skills, business and social influence. The financial and economic prospects of their business is also judged.

64 thoughts on “Royal Round Up: Queen Maxima”