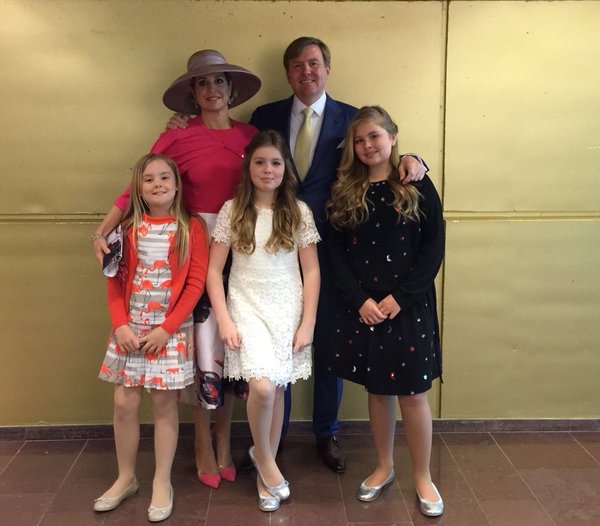 The Dutch royals were in Zwolle, Netherlands for King’s Day celebrations which included a series of demonstrations and performances, as well as a walkabout to greet the public who had come out to see them.

Even the young princesses got in on the walkabout.

There were also a series of games and pony rides for the kids.

It was very cold during the outdoor event, so the royals wrapped up in blankets while watching the performances. I love the photo of Maxima eating. It’s so rare to see photos of royals eating, so it’s always interesting to me when we get photos like this.

Maxima wore a fuchsia top and cardigan with a floral A-line skirt from Natan with pink pumps and a wide-brimmed pink hat.