Do you guys remember the new tiara Crown Princess Mary debuted at the 2016 Art and Culture gala on March 15? Well more information has been found about Mary’s new tiara. 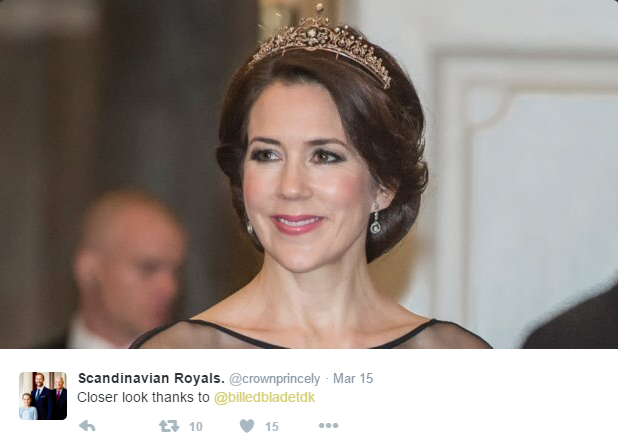 Per the Style of Mary blog, the tiara was sold at a Bruun Rasmussen auction back in 2012 as a jewelry set of necklace and matching earrings. Reportedly, Mary purchased the set herself. 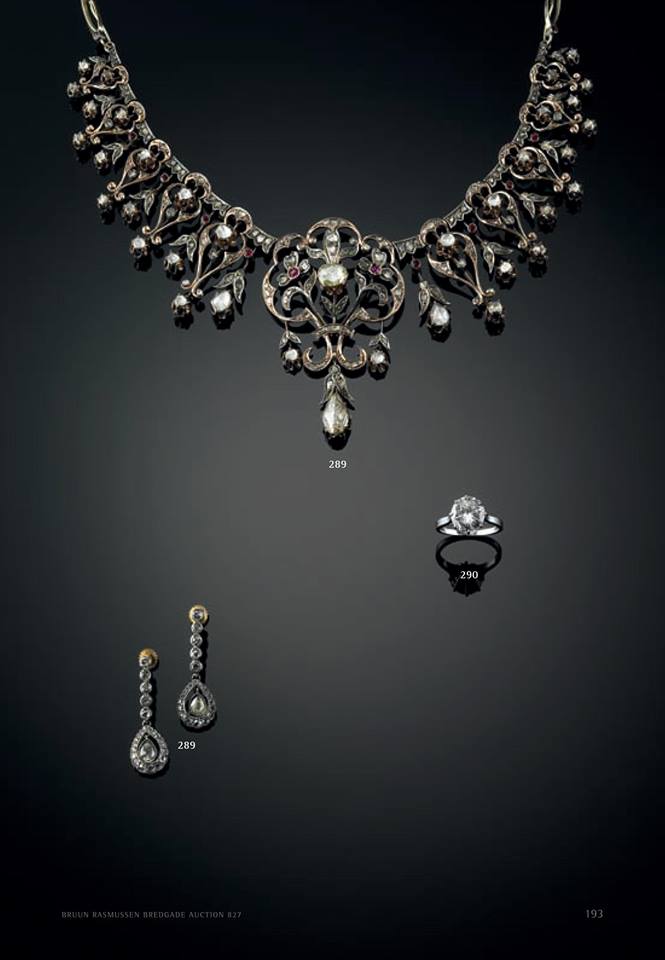 The ring is not part of the set.

According to the catalog entry, the tiara and earrings date from 1900-1910 and feature “numerous rose and old mine-cut diamonds, circular-cut rubies and spinels” and is “mounted in 14k gold and silver”. The necklace was originally used as a tiara, and one stone is missing. The set was priced at DKK 30,000-40,000. 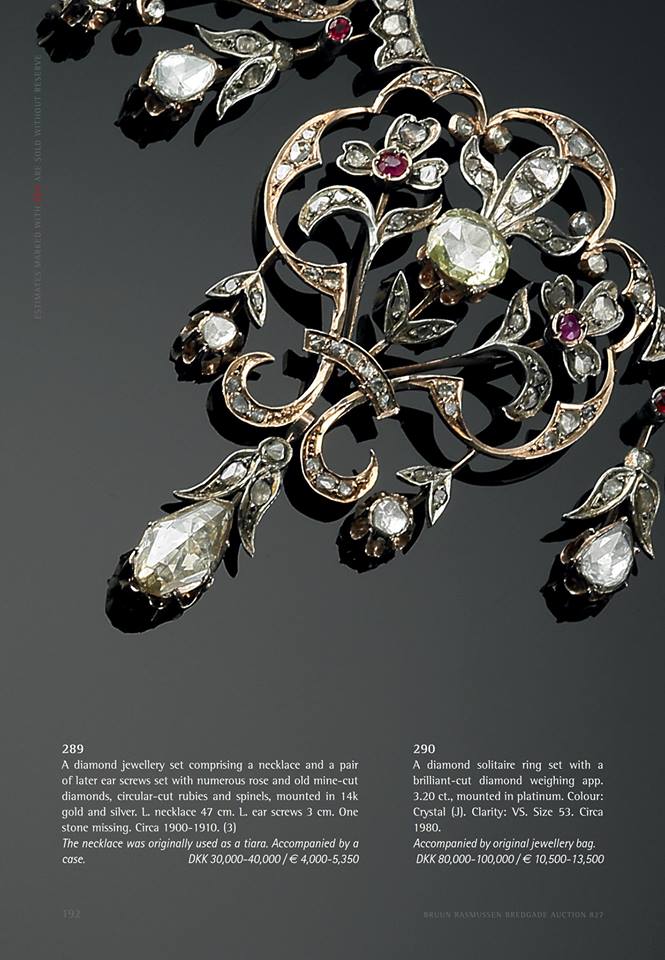 Mary debuted the necklace and earrings on April 8, 2015 at a gala dinner for Queen Margrethe’s 75th birthday. 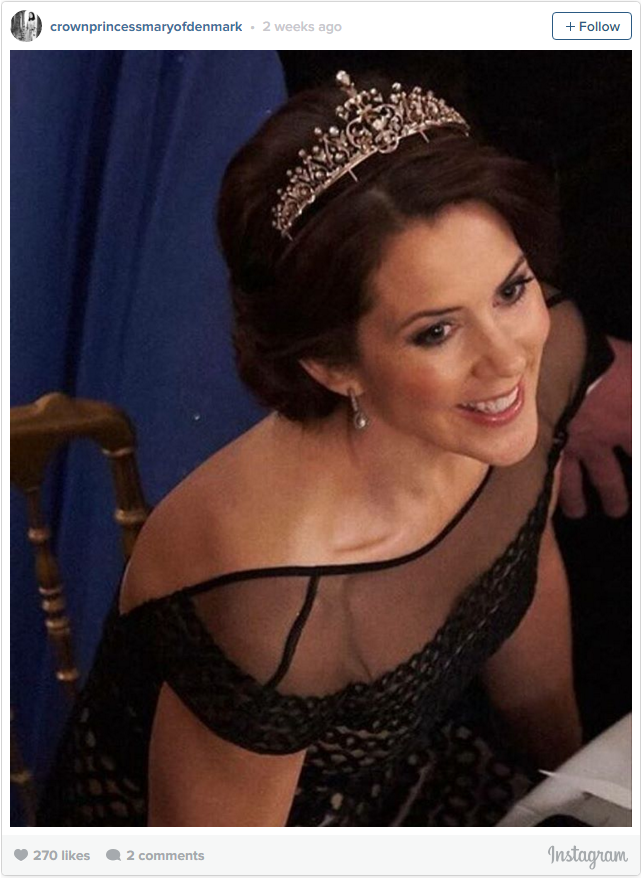 This is fun. We so rarely get new tiaras these days (though Princess Sofia got a new tiara when she married Prince Carl Philip) so it’s fun to see a new tiara debut. I’m glad Mary has another tiara to use that is more of an all-purpose tiara and can work better with more colors than her ruby tiara and is larger than her wedding tiara (which I don’t like). I hope she wears it many more times in the future.