Prince William
March 16, 2016 by katemiddletonreview159 Comments on Prince William is still trying to reconcile his love of hunting and his conservation work

Prince William gave an interview to ITV to promote his work with wildlife conservation and his United for Wildlife Transport Taskforce declaration signing. And just like in February 2014 when William went boar hunting with Jecca Craig the weekend before a week filled with conservation efforts, William still does not understand how allowing some hunting while condemning others is not a good PR move. William is still trying to justify his love of hunting while also trying to save the rhinos so his kids will have something fun to look at. 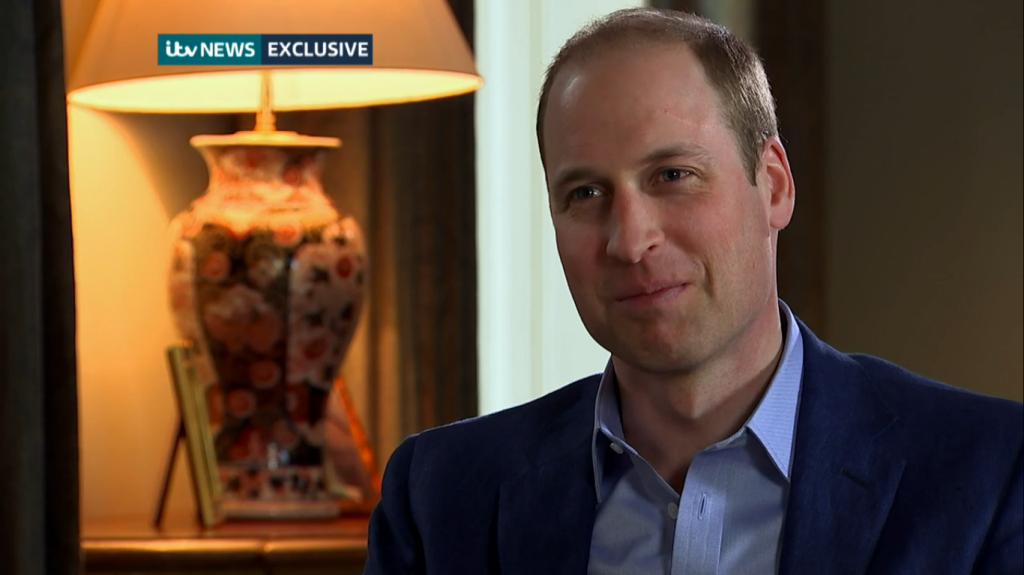 On the timeline for saving the rhinos, etc: “We’ve reached a whole new phase where, if current trends and statistics are correct which they seem to be headed that way, then we are looking at no more rhinos, no more elephants there won’t be any of those particular iconic species roaming the African plains in the wild. In the next five to ten years, if there is not a massive change, a dramatic change in the way we appreciate and protect these iconic species in Africa there won’t be these incredible animals there which not only is obviously sad for future generations but it would be incredibly devastating for humanity itself when we have sat back and lost something we’ve been responsible for. If we haven’t achieved something within the next five to ten years then we will be almost impossible to do anything after that because the numbers will be so depleted, the damage will have been done so badly, and clearly the demand won’t have been halted.”

On poaching’s link to terrorism: “There are possible links to terrorism that are involved with poaching. It’s a very difficult subject for me to get involved in, but there is definitely evidence out there. In certain areas there is potential evidence and links that I can’t go into myself but I know of that are of a concern that I think we should be taking more urgent action on.”

On his comments in 2014 that he want’s to destroy all of the ivory in the Royal Collection: “I jokingly had a conversation with someone about it and obviously I’d like to make a point that I don’t think ivory is particularly cool and I don’t think it should be on mantel pieces and in people’s houses anymore.”

Some commercial hunting is okay: “There is a place for commercial hunting in Africa as there is around the world. It’s not everyone’s cup of tea. But the argument for regulated, properly controlled commercial hunting is that the money that goes from shooting a very old, infirm animal goes back into the protection of the other species. So when one is infertile, he’s at the end of his life, if somebody out there wants to pay that money, and it wouldn’t be me, but if somebody did, then as long as that money goes back into the protection of the species then it is a justifiable means of conserving species that are under serious threat. And that isn’t just me talking that is a lot of eminent conservationists out there who truly believe there is a balance to be had here and of course it is a fine balance and it does involve a lot of regulation.”

On George and Charlotte: “I would definitely like to see George and Charlotte in Africa, I think they’d have a wonderful time, and I can see George being a bit of a bum sometimes out in the conservation world with his bangles and his sandals, but um I think I would love them to be interested in the subject and pursue the same sort of ideas and aims that I am.”

On the claims he’s ‘work-shy’: “Well these sorts of things take a lot of time, they take a lot of planning and a lot of knowledge building, a lot of conversations. I didn’t want to get to 45, 50 and sit back and say you know what I could have said something about that issue but I didn’t because I was worried about what people thought or people said.”

On facing criticism: “It’s part of the job, Mark.”

William deflects the ‘work-shy’ probe: “Today is more about talking about the poaching crisis. And I want to turn around to my children and my friends and talk to other people my age and having known that we have truly made a difference, we have fixed something, we have given hope to the future and that should give everybody a lift and realize that there is hope, that we can fix stuff.”

I have several comments. First: I can understand William’s point about how commercial hunting of the oldest animals is okay since those animals are close to death and are not contributing to the species anymore anyway. However, calling for an end to the wildlife trade and then claiming some commercial hunting is okay in the same interview confuses the message. That’s like saying “I’m trying to lose 100 pounds so I’m going to eat completely clean and healthy with no junk food, but it’s okay if I have a cheat day every once in a while”. Not really. You may want that cheat day, and it may help keep you eating healthy the rest of the time, but it’s still putting extra calories and extra sugar into your system which you want to get rid of if you’re trying to lose weight. If William wants to break people of their game hunting, poaching, and animal parts trade habits, then he needs to have a hard stance on it – go cold turkey – not allow it in some cases, because that confuses the message and will allow people to continue their pursuit of those endangered animals instead of stopping the pursuit of them altogether.

Second: While I agree that killing animals for their parts should be banned moving forward, I disagree with William’s supposed stance on older pieces of ivory artwork. Those pieces are hundreds, often thousands, of years old and should be preserved as priceless pieces of history. Just because we want something to change moving forward doesn’t mean what is already in existence should be destroyed.

Third: Parents always have an idea of what they want their children to be like, and children don’t always agree. I think it will be hilarious if and when George and Charlotte grow up and can’t care less about Africa. Not because I don’t think conservation is important, but because it will be funny when William’s kids don’t care at all about what he wants them to care about.

Fourth: Criticism is part of all jobs. In any job you have, your boss is always judging your performance and critiquing you on it. For most of us, either we take that critique to heart and change the way we perform our jobs, or we get fired. It seems William just ignores it as “haters gonna hate”. And unfortunately for the British taxpayers, he can’t be fired.

Yesterday, March 15, Prince William was joined by William Hague and leaders of the global transportation industry to sign the United for Wildlife Transport Taskforce Buckingham Palace Declaration. The Buckingham Palace Declaration is “a landmark agreement committing to take real steps to shut down the routes exploited by traffickers of the illegal wildlife trade moving their products. The declaration takes steps to remove the vulnerabilities in transportation and customs to tackle the criminals currently exploiting them.”

“The signatories to this declaration represent a diverse group of nations, industries, and backgrounds. What unites us all is an understanding of the real gravity of the poaching crisis. We have faced up to the fact that if current trends continue, the last wild African elephants and rhinos will be killed before my daughter Charlotte reaches her 25th birthday.

“We have accepted that if we let some of our most iconic species go extinct on our watch, our collective confidence to tackle any conservation or environmental challenge will take a massive blow. And we have accepted that the poaching crisis is not just a tragedy because of the impact it is having on animals, but because of its effect on some of the most vulnerable people on our planet.

I kind of take back part of what I said above. It seems William does understand that saving these endangered species is about more than just his kids’ personal pleasure. 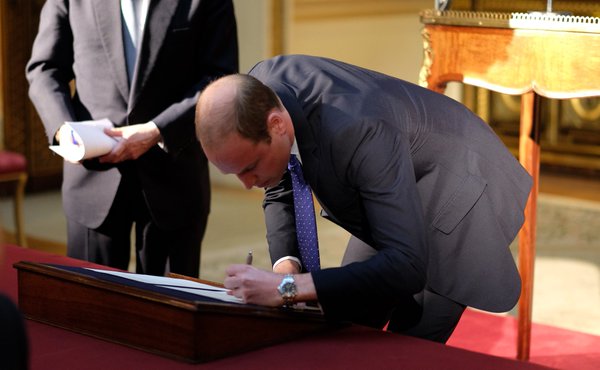