After Emily Andrews at The Sun called out Prince William, multiple times, and Richard Palmer at the Express called out William as well as Kate Middleton and Prince Harry, two reporters have decided to defend William’s choice to put off royal duties and hide himself and his family away.

Bryony Gordon wrote a piece for the Telegraph titled, Princess Diana would be proud of her progressive Prince William, in which she was so over the top in her defense of William that either she is as delusionally privileged as William or she used such hyperbole to intentionally piss people off in order to get them to dislike William even more.

I’m not discounting what William went through with the divorce of his parents and the death of his mother when he was 15, but all in all William had a very privileged childhood. William never suffered physical/mental/sexual abuse, illness, poverty, homelessness, growing up an orphan, child labor, violence, drug abuse, abduction, lack of access to education, etc.

Not only is this article insulting to everyone who did deal with these issues during childhood or is currently dealing with these issues, the article is insulting to parents who actually have to work in order to put a roof over their kids’ heads and food on the table (because William does not), and insulting to actual stay-at-home parents who take care of their children and household without the help of staff and nannies (because William is not a “stay-at-home dad” no matter what the article said).

This article has to be intentionally insulting in order to get people to dislike William even more, right? There’s no way Gordon actually believes any of what she wrote, right? Right?

Camilla Tominey wrote a piece for the Sunday Express in defense of William titled, ‘Workshy’ William? No, he is a brilliant parent. I’m only quoting part of her article, but she also talks about how Charles has a standoffish relationship to his sons, how William finds comfort and support in the Middletons, and how William is working at EAAA. Tominey said in part:

“Despite their high-profile charitable campaigning, however, William and Kate have recently attracted the tag of ‘reluctant royals’, seemingly more committed to their own family than the family ‘Firm’.

“Much has been made of the fact that even as she approaches her 90th birthday, the Queen still carries out more royal duties than the Cambridges and Prince Harry combined. The Duke of Edinburgh, who turns 95 in June, also clocked up more official engagements than the young royals put together last year – hardly a ringing endorsement for modern monarchy.

“Yet as Kensington Palace pronounced last week in defiance of his critics, William prides himself on being a ‘modern working husband and father’.

“While tempting to pick holes in the single-minded and sometimes selfish approach of a petulant prince who can be decidedly prickly at times, especially towards the Press, there is actually an admirable motive behind William’s unwillingness.

“It is not just that the 33-year-old royal is worried about overshadowing his father: he is afraid of turning into him. As one source close to the Duke put it this week: ‘William does not want to be an absent father because he knew what it was like growing up with one. Prince Charles is and always has been a workaholic. He wasn’t always there for William and Harry and nor was Princess Diana. People forget the princes were brought up on the nursery floor – they didn’t even eat with their parents.’ […]

“Amid all the criticism William does at least have one stalwart source of support: his grandmother. Although there have been concerns behind palace gates that the Cambridges ‘could be doing more and being less choosy about it’, according to a well-placed insider the Queen understands that William is ‘playing the long game’.

“While the Cambridges’ cosy existence at Anmer Hall, their Norfolk bolthole, continues to raise eyebrows among courtiers, not least after £4million of taxpayers’ money was spent renovating their apartment at Kensington Palace, HM appears fine with them living the country life.

“‘The Queen is fully supportive of the duke having his own career outside of royal duties,’ said an aide.

“Another source added: ‘If anything there is more concern about Prince Harry and what he will do with his life now he has left the military. I think the consensus is that it would be great if he could find a nice girl like Kate and settle down like William.’

“Once a family completely bound by duty, it seems parenthood has shifted the priorities of the next generation of royals rising through the ranks.”

I like Camilla Tominey and usually agree with her opinions, but I can’t this time. We don’t live in a binary world. William could work at his royal duties AND be a good parent – those two are not mutually exclusive. And it’s not like we’re asking him to work 100 hours a week; just a couple of hour-long engagements per week.

BTW, We still don’t have any photos of William holding Charlotte.

Blog schedule: Barring any news of Kate, William, or Harry, this coming week will have updates on several European royals including Princess Charlene, Queen Maxima, and the Swedes. 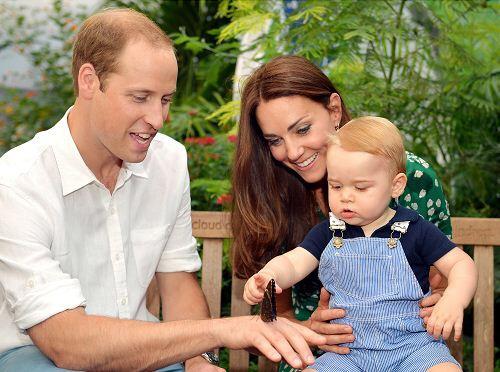