Royal Round Up: Crown Princess Victoria

I’m giving you even moar Crown Princess Victoria, because one article with Victoria just isn’t enough this week. I skipped a few days late last week and early this week so I’m doing some catch up from the last two weeks of royal visits. So like yesterday, there are two articles today. This one about Victoria, and one about Princess Charlene. 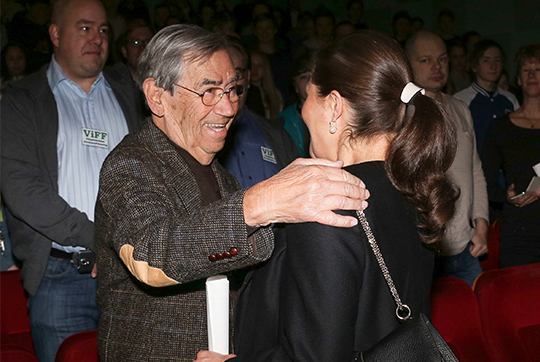 On Monday, January 25, Crown Princess Victoria attended a lecture by Emerich Roth at the Viksjö School in Järfälla. The lecture began with Roth’s film Holocaust Eyewitness, then Roth spoke on the situation in today’s society and answered students’ questions about the Holocaust, combating intolerance, xenophobia, racism and anti-Semitism. After the lecture, Victoria and Roth viewed an exhibition on peace, democracy, current conflicts, and the Holocaust which the students at Viksjö School created.

Emerich Roth, born in 1924, moved to Sweden in December 1950 after surviving five different concentration camps. He started the Association of the Holocaust Survivors in order to disseminate knowledge – particularly in schools – of the events during the Second World War and combat racism in society. 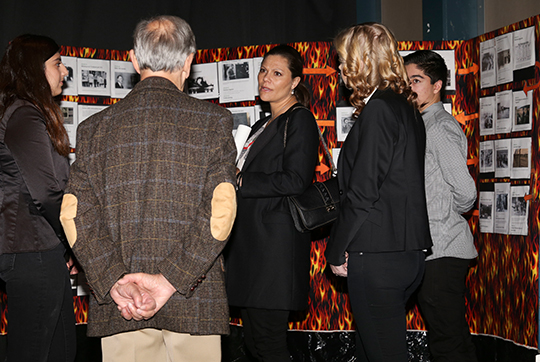 On January 27, International Holocaust Remembrance Day, Victoria presented scholarships from the Micael Bindefelds Foundation in memory of the Holocaust – The purpose of the Foundation is to support those who have a desire to communicate, provide information, photos, or otherwise disseminate knowledge to a wide Swedish audience with stories of the Holocaust.

Victoria met with Holocaust survivors and handed out the scholarships to the winners, Adina Krantz and Nadine Gerson.

Victoria wore her Kreuger Jewellery earrings again and a black coat from Day Birger et Mikkelsen with a black dress underneath.

Here’s a video of the event with a bit of Victoria speaking.

On Friday, January 29, Victoria held a meeting with Johan Rockström, a Professor of Environmental Science at Stockholm University and the Stockholm Resilience Centre. They discussed current environmental issues and the Victoria’s ambassadorship for Agenda 2030.

Victoria wore a jacket from By Malene Birger and a blouse from Mayla.

I didn’t mention it in the last Princess Sofia article, so I’ll mention it here. This is how a royal should do meetings. Release a photo from the meeting, the name of the person or people the royal met with, and maybe a bit about what they discussed.

46 thoughts on “Royal Round Up: Crown Princess Victoria”