It’s all about the jewelry today with two articles. Go here to read about Camilla’s jewels at The British Asian Trust. This article is about the Swedes and their tiaras at the first Official Dinner of 2016. King Carl XVI Gustaf, Queen Silvia, Crown Princess Victoria, Prince Daniel, Prince Carl Philip, and Princess Sofia all attended. 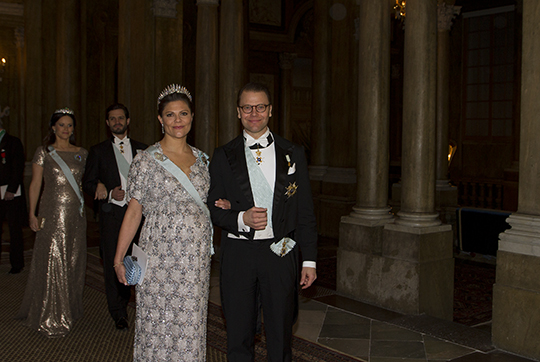 Crown Princess Victoria repeated another gown from when she was pregnant with Princess Estelle – a white and blue floral (?) gown she first wore to the 2011 Nobel Laureates dinner.

Victoria opted for the Baden Fringe Tiara for this event, and of course wore her Order of the Seraphim and portrait of the King.

I’m not feeling this dress at all. It looks too much like an old lady’s nightgown or something. 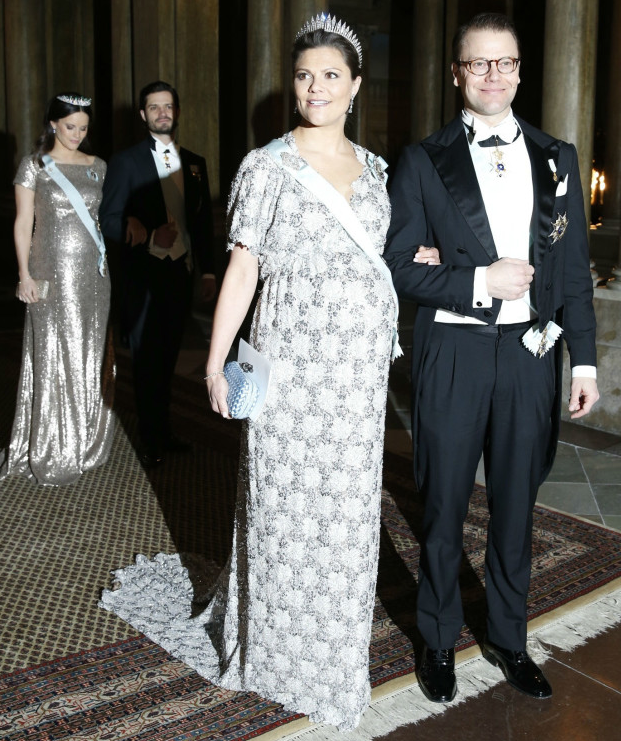 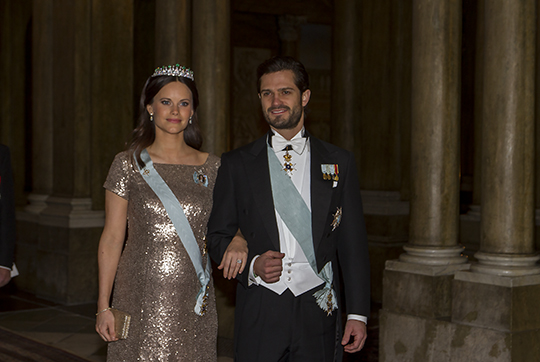 Princess Sofia chose a gold sequin gown with a square neckline and short sleeves. This dress, by the way, was worn by Sofia’s friend, Olivia Rehn, to Sofia’s wedding in June last year. I don’t know whether it is the same dress and Sofia borrowed it from her friend or if Sofia happened to buy the same dress as her friend, but there you go.

Sofia went with her Diamond and Emerald Wedding Tiara, and the Order of the Seraphim and portrait of the King. I wonder how long Sofia will have to wear this tiara before she gets access to other ones. I still don’t like this one and want to see her wear something else. I’d love to see Sofia rock the Amethyst Tiara (or anyone rock this one really, it’s my favorite) or the Connaught Tiara, but I’d even settle for the one of the Button tiaras. Anything but this one.

Tiara-hate aside, I actually think Sofia looks nice here. I think the dress looks nice on Sofia and I like the hair down – I wouldn’t even mind the center part if it weren’t for the fact that the tiara still sits so oddly on her head. 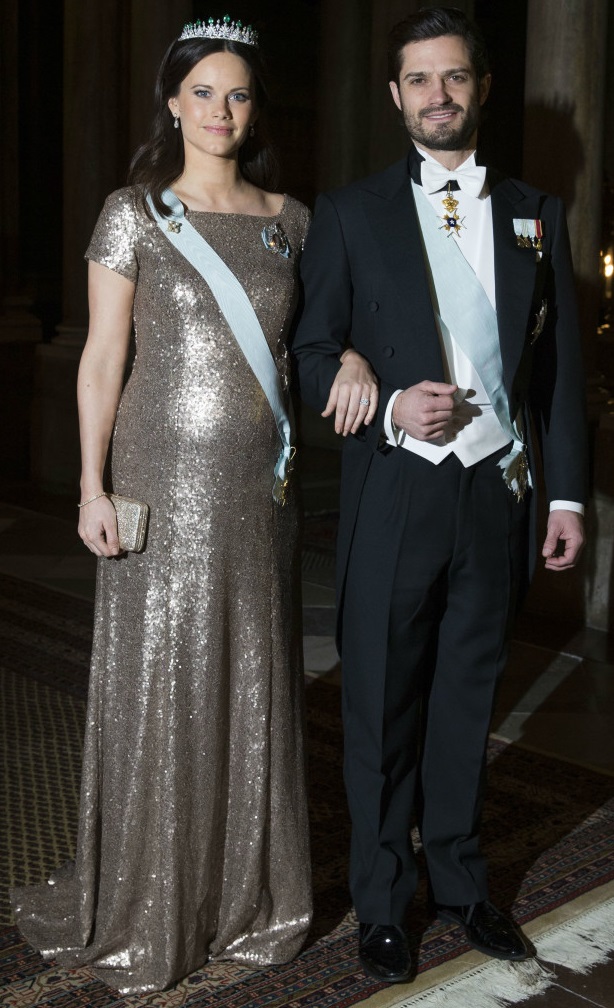 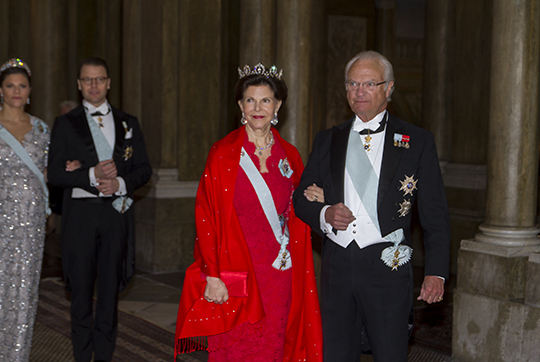 Queen Silvia repeated a red lace gown she previously wore to the 2014 Nobel Laureates dinner, but threw on a shawl this time. Silvia wore the Connaught Tiara along with the Order of the Seraphim and the portrait of the King. 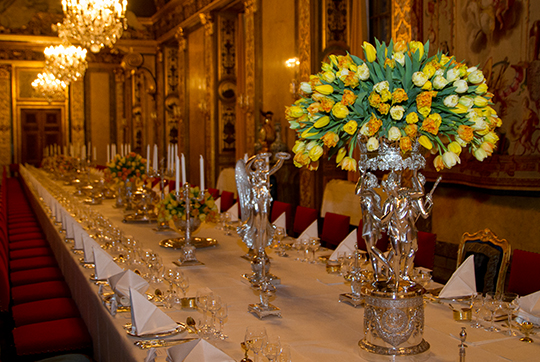 Invited guests included representatives from the diplomatic corps, Parliament, the government, government agencies, science, sports, business, culture, and people the royal family met while traveling. The guests were received in the White Sea and dinner was served in Karl XI’s Gallery.

The centerpieces were yellow tulips. 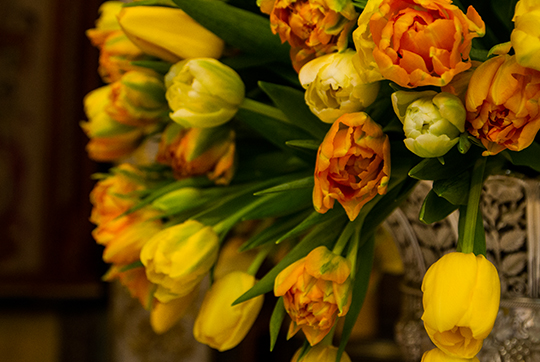