“Few things break barriers as effectively as sport. Sport is open to everyone. And our country has made ​​fantastic efforts so even more people will have the chance to participate and be part of a positive community. A community that enhances children’s self-esteem and where you can gain good experience for life.

Sofia wore a navy gown – a customized version of the “Martha” gown from Greta. It costs 4995 Kr which is about $585. That’s pre-customization, though, so Sofia’s gown cost more than that. 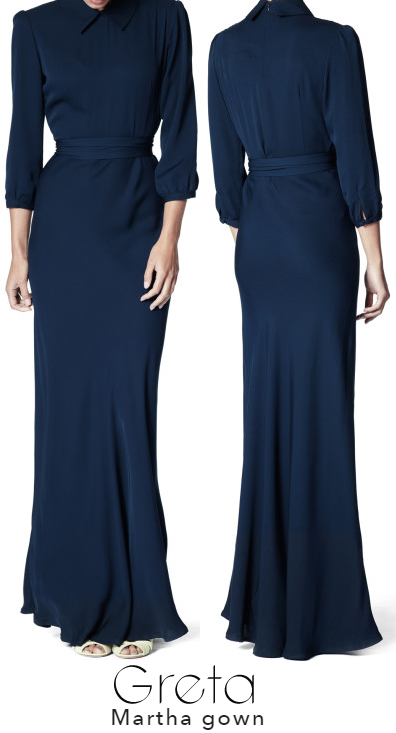 Though I thought Sofia looked nice last year at this event, I think she looks much better this year. Sofia’s gown game is definitely improving.

I also liked that Sofia didn’t go with a center part. Sofia’s Zara Horseshoe Earrings (originally $15.90, on sale for $3.99 before selling out) were not my cup of tea, though. 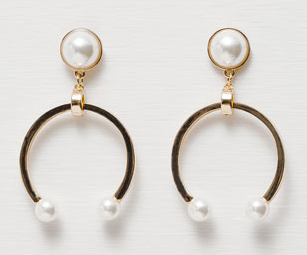 On Wednesday, January 27 (International Holocaust Remembrance Day), Sofia attended a memorial for the victims of the Holocaust at the Great Synagogue in Stockholm. Sofia is pictured with Hédi Fried, who survived both Auschwitz and Bergen-Belsen and came to Sweden in July 1945 and is now an author and psychologist. 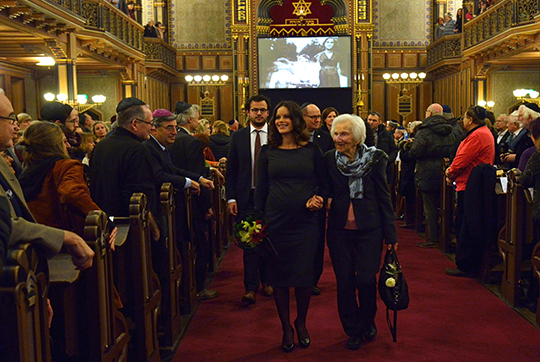 On Thursday, January 28, Carl Philip and Sofia attended a board meeting for the Prince Couple’s Foundation at the Royal Palace. Sofia wore a blazer from Filippa K which she previously wore in 2013. 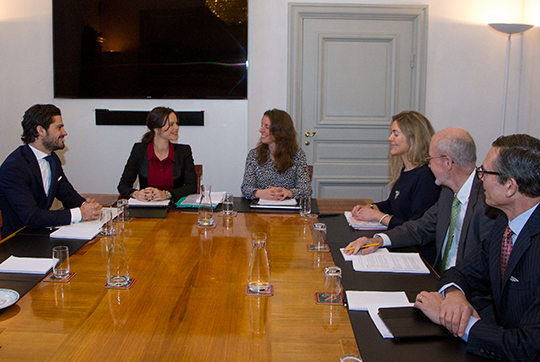 On Friday, January 29, Sofia held a meeting at the Royal Palace with Pernilla Hillerås, the research director of Sophiahemmet University College of which Sofia is the new Honorary President. Sofia attended the Sophiahemmet graduation ceremony on January 21. Sofia wore a shirt from Hunky Dory which she previously wore in November 2014. 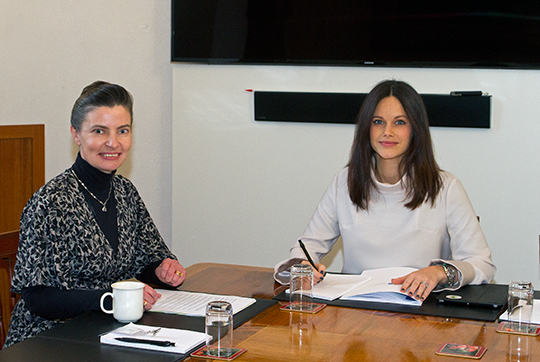