Kate Middleton to give first interview as a royal, may take on Queen’s patronage

Two interesting bits of info involving the Duchess of Cambridge, Kate Middleton, have come out. Kate is set to give her first ever interview as a royal for a documentary about the Queen‘s 90th birthday, and may take on one of the Queen’s patronages. 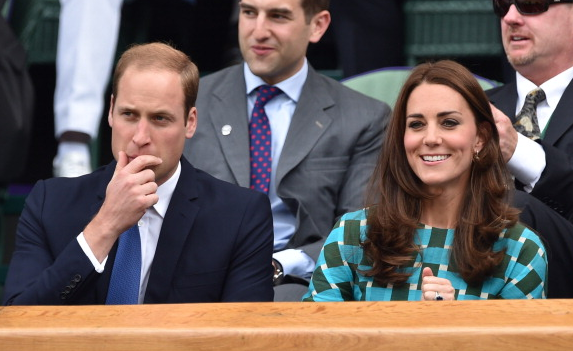 ITV, which will broadcast the Queen’s 90th birthday celebrations in June, has commissioned a new 2-hour long documentary about the Queen’s life and reign with the working title of The Queen At Ninety. The documentary will air this Spring and feature interviews with Prince Charles, Camilla, Duchess of Cornwall, Prince William, and Duchess Kate. Link: ITV.

This will be Kate’s first ever interview as a royal. Kate gave a joint interview with William upon their engagement, but Kate was not a royal at that point. This will be Camilla’s second interview (she previously gave one for the documentary about the Prince’s Trust).

It’s been said that Camilla does not give interviews to support her causes because she doesn’t want to upstage Charles, but still, it would be great to hear from Camilla. At least she did write that article in the Daily Mail in support of ending sexual violence against women.

Kate could easily do a short interview for one of her causes (or multiple causes), and it wouldn’t be that hard. She would have the questions in advance and prepare an answer. I know Kate isn’t great at memorizing things she needs to say (if her speech delivery skills are anything to go by), but still. Give people something.

PS. Since ITV is airing the documentary and ITV has a geo-blocker on their online player, I’m not sure I will be able to see this, which is a bummer. During the Diamond Jubilee in 2012, BBC America aired the Jubilee celebrations and PBS aired several documentaries about the Queen, which were great to watch. I’m hoping someone in the US will air this documentary so I can see it.

In other news, The Sunday Times (the story can also be read without the paywall at the Daily Mail) is reporting that the Queen is going to be giving some of her patronages to the younger royals. Kate is said to be getting the All England Lawn Tennis & Croquet Club, which hosts Wimbledon each year. Harry is said to be getting the Rugby Football Union, of which he is currently Vice Patron. William could be getting the Football Association, of which he is currently President. And it is said Sophie “will also share the load with a major new role”.

“Ahead of her landmark birthday on 21 April, she is thought to be reconsidering the amount of time she devotes to each of the charities and organisations she is involved with.

“And as part of that change, Buckingham Palace is undergoing something of a reshuffle.

“A source told the Sunday Times: ‘The Queen is mindful that she does not want organisations with which she is associated to think that when she turns 90, that’s it – it’s goodbye. That will not be the case at all.'”

The Queen with the Duke of Kent at Wimbledon in 2010.

It’s interesting to note, especially considering my recent article about how many times the royals really visit their patronages, that the Queen has only attended Wimbledon four times since her first appearance in 1957 (the last time she attended was in 2010), and that she has not publicly attended a rugby match in 17 years (she attended the Rugby World Cup in 1999).

The Queen handing the Webb Ellis Cup to Australia for winning the Rugby World Cup 1999.

Also note, the Duke of Kent is currently the President of the All England Lawn Tennis and Croquet Club and hands out the trophies to the winners of Wimbledon each year. So if Kate does become Patron of the organization she may not have an official role at Wimbledon – though she’ll get to count her visits to watch tennis matches in her year end totals. If Kate gets this patronage, this will be her most visited patronage each year, I’m sure.

This is a two post kind of day, be sure to check out Princess Sofia at the Sports Gala.

I typed “Kate Middleton Wimbledon” into Getty and this is the first photo that came up. Kate’s smug face and crazy hair and William cringing: This photo is hilarious to me.

194 thoughts on “Kate Middleton to give first interview as a royal, may take on Queen’s patronage”