We’re getting very close to our first Swedish royal baby of the year. Crown Princess Victoria just completed her last scheduled events (it’s possible she could still add more, but as of time of posting there are no events on her calendar). Since the Swedish court said Victoria would not take maternity leave prior to giving birth, we could get a new royal baby shortly. Victoria attended the Global Change Award 2016 on February 10 in a dress that I probably wouldn’t like on anyone else.

This navy H&M Conscious Collection dress has a high neckline, lots of lace, and a bunch of horizontal stripes and ruffles. Everything I know about my personal taste is telling me that I shouldn’t like this dress, but for some reason I can’t not like it. Maybe it’s because she’s pregnant?

I’m not a fan of the Denimite (made from recycled denim) earrings, though – also from H&M Conscious Collection, as is her clutch. For some reason it’s not the high neckline, lace, or horizontal ruffles that is overwhelming the outfit for me, it’s the earrings.

The Global Change Award is an initiative created by H&M Conscious Collection (hence why Victoria wore so many of their pieces) with an aim to find ideas which can help stop the cycle of textiles.

Victoria presented the prize to the winners: From the old to the new cotton; Polyesterslukaren; E-market leftover fabricl; 100 percent citrus; and Cultivation of textile fiber under water.

It looks like Victoria is wearing her navy pleated dress from Seraphine Maternity she wore back in December 2015. 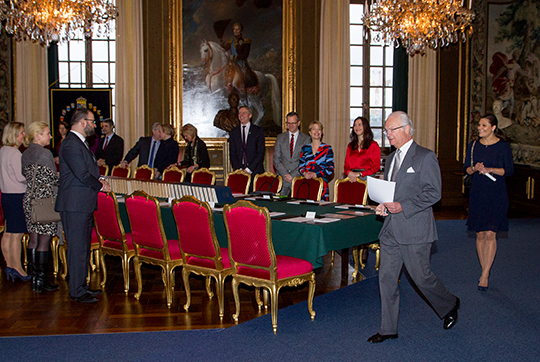 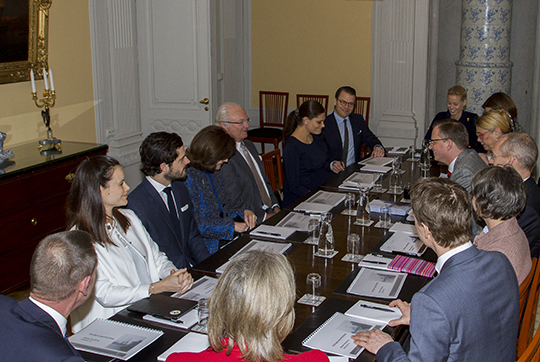 From the side, with that hairstyle, Sofia is giving me Rory Gilmore flashbacks

On February 11, Victoria, along with the King, held a meeting with Swedish climate ambassador, Anna Lindstedt. They discussed the global climate agreement reached at COP21 in Paris and how climate work is progressing.

Victoria wore a polka dot blouse from H&M which she first wore when pregnant with Princess Estelle in 2012. 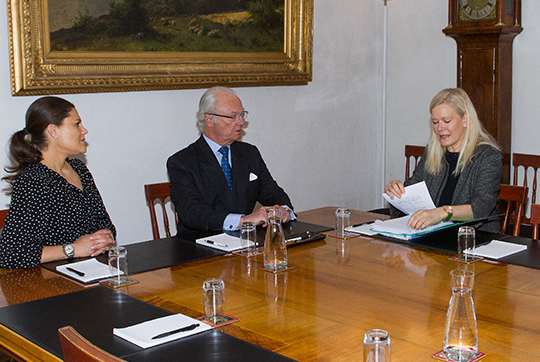 Yesterday, February 15, Victoria held a meeting with Mogens Lykketoft, president of the UN General Assembly. They discussed the UN’s global goals for sustainable development and Victoria’s ambassadorship for global goals. 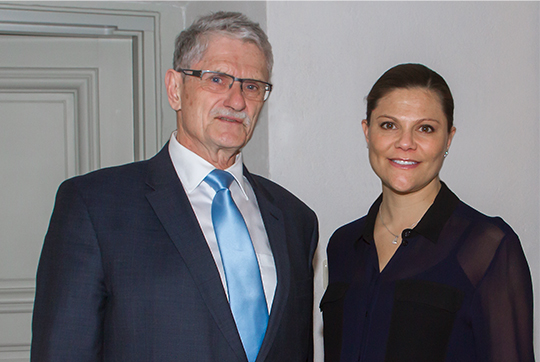