I was going to save the news of additions to Kate Middleton‘s calendar as a footnote on tomorrow’s articles since it is odd that Kate gets credit for simply adding things to her calendar, but there are several and Prince William made a speech, so to get it out of the way before tomorrow’s guest editor stint, here’s a quick update to Kate’s calendar. 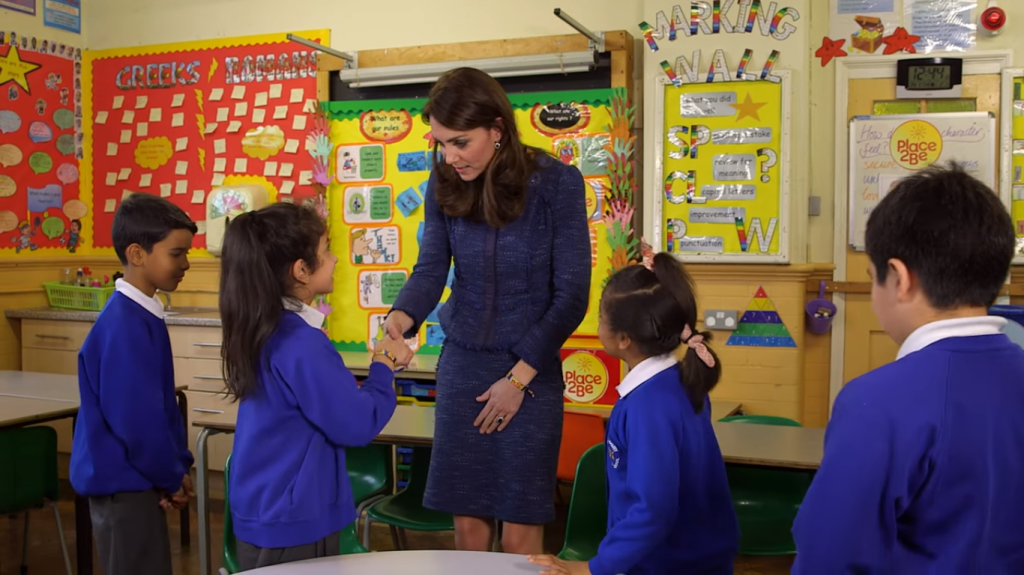 On Wednesday, February 24, Kate will visit Edinburgh to visit three school-based charity projects, two of which she is patron of:

1) As royal patron of Place2Be, Kate will visit St. Catherine’s Primary School – Kate will join the school assembly before joining headteachers from schools in Edinburgh for a discussion about the mental health challenges of their school communities, and the benefits of having a partnership with Place2Be.
2) As patron of The Art Room, Kate will visit Wester Hailes Education Centre – Kate will visit students working on a Frida Kahlo project before joining a roundtable discussion about the role and impact of the charity’s presence in the area.
3) Kate will visit Craigmount High School to take part in a “Tennis on the Road” workshop hosted by Judy Murray (Andy Murray‘s mother) – expect Kate to swing a racket around as she will join Murray and her coaching team for a demonstration workshop.

The 100th anniversary of the Battle of Somme will be commemorated by many British royals this summer. Kate, William, and Prince Harry will attend events in France on June 30 and July 1 (Prince Charles and Camilla will also be in France for events on July 1).

William visited the Foreign and Commonwealth Office (FCO) today, February 16, to mark the first anniversary year of the FCO’s Diplomatic Academy. William gave a speech in which he talked about the Queen and her years of service and how the Foreign Office and the Crown are connected. He also discussed how Britain has been an outward looking nation and lauded the country’s ability to work with other countries.

“I thought I might therefore take a moment to say something about what I interpret to be our shared values: internationalism, tolerance and service.

“For centuries, Britain has been an outward looking nation. Hemmed in by sea, we have always sought to explore what is beyond the horizon. That sense of mission and curiosity is something that I know continues to drive our economy, our cultural and educational exports and our Armed Forces and Diplomatic Service. And wherever we go, we have a long and proud tradition of seeking out allies and partners.

“In an increasingly turbulent world, our ability to unite in common action with other nations is essential. It is the bedrock of our security and prosperity and is central to your work. Right now, the big questions with which you wrestle – in the UN, NATO, the Middle East and elsewhere – are predicated on your commitment to working in partnership with others.”

Europe and the EU was not mentioned by name in the speech but that didn’t stop people from questioning whether that’s what he was talking about. The organization Republic had some thoughts:

“The palace knows what it’s doing, they would have known how these comments would be interpreted. These comments were clearly aimed at supporting the government’s position. […] “The myth of the non-political monarchy is unravelling and that poses real risks for the royals. A lot of people opposed to the EU will be angered by this latest royal intervention. Republic has no view on the EU, the issue here isn’t the rights and wrongs of the EU but the rights and wrongs of royal interference in politics.”

Kensington Palace insists “The speech was not about Europe.”

Regardless of the intention (remember, this is not a political blog), this is yet another example of William and his team’s lack of planning and forethought. His team should have anticipated that his remarks would be taken in several different ways depending on the interpreter’s political leanings. And if referencing the EU was his intent, his team should have known he was going to get called out for it. The staff at KP really need to get their act together.

The thing from William’s speech that I care most about is that he confirmed he and Kate are going to India and Bhutan in April, though the dates have still not been officially announced. Of their schedule in India, William said: “[Our program] is in keeping with India as the dynamic and powerful country that it is in the 21st century. Our visit will reflect the best of the modern, forward-looking relationship between Indian and Britain.”

135 thoughts on “Kate’s new appearances + Did William give pro-EU speech?”