The BAFTA Awards were last night, and, as previewed, Prince William was a no-show. Just throwing that out there. This article is a preview of Kate Middleton‘s “guest editor” stint with the Huffington Post on Wednesday. There was an article in the Sunday Times which had some interesting information which I thought I’d share. Plus, Pippa Middleton attended a charity event for the British Heart Foundation. This is two of two posts today – go here to read about what Crown Princess May has been up to. 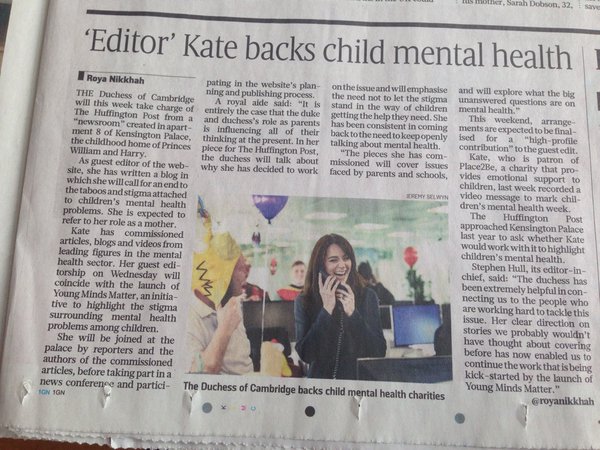 I do not have access to the Times, but Times reporter Roya Nikkhah posted the above image on Twitter so I was able to read it and quote it here. I’m not quoting all of it, in the issue of space, taking out things we already know. From the Times (online article if you can get past the paywall):

“The Duchess of Cambridge will this week take charge of The Huffington Post from a ‘newsroom’ created in apartment 8 of Kensington Palace, the childhood home of Princes William and Harry.

“As guest editor of the website, she has written a blog in which she will call for an end to the taboos and stigma attached to children’s mental health problems. She is expected to refer to her role as a mother. […]

“She will be joined at the palace by reporters and the authors of the commissioned articles, before taking part in a news conference and participating in the website’s planning and publishing process.

“A royal aide said: ‘It is entirely the case that the duke and duchess’s role as parents is influencing all of their thinking at the present. In her piece for The Huffington Post, the duchess will talk about why she has decided to work on the issue and will emphasise the need not to let the stigma stand in the way of children getting the help they need. She has been consistent in coming back to the need to keep openly talking about mental health.

“‘The pieces she has commissioned will cover issues faced by parents and schools, and will explore what the big unanswered questions are on mental health.’

“This weekend, arrangements are expected to be finalised for a ‘high-profile contribution’ to the guest edit. […]

“The Huffington Post approached Kensington Palace last year to ask whether Kate would work with it to highlight children’s mental health.

“Stephen Hull, its editor-in-chief, said: ‘The duchess has been extremely helpful in connecting us to the people who are working hard to tackle this issue. Her clear direction on stories we probably wouldn’t have thought about covering before has now enabled us to continue the work that is being kick-started by the launch of Young Minds Matter.'”

Two most interesting things to me: 1) Kate will write an article herself; and 2) Kate will participate in a news conference.

Number is cool; I’ll be interested to read what she wrote (“wrote”). Number two… Kate will participate in a news conference?!?! Like, she’s actually going to speak in front of reporters and take questions and answer them live? If that happens, oh my god I hope there is video. 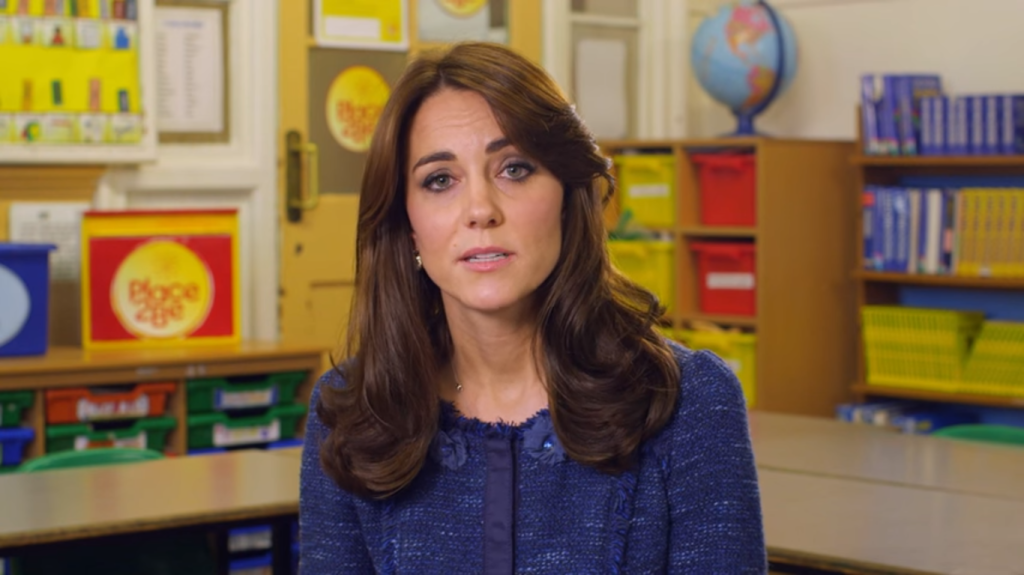 I was thinking about Kate and children’s mental health, and I have a suggestion for KP that I know they will never read but I thought I’d share since it’ll give us something to discuss: Kate should focus on adult mental health issues.

Not because many of us think Kate is uncomfortable around children, but because mental illness in adults is a very serious issue and it coincides with homelessness, which is one of William’s causes as patron of Centrepoint – so there is the William tie in that Kate is constantly trying to make. Many people suffering from homelessness also suffer from some sort of mental illness.

Many adults who suffer from mental illness developed symptoms in childhood, so I understand why Kate would want to focus on children’s mental health issues (plus the added PR bonus of being photographed with kids), but ending the stigma surrounding mental illness in adults is just as important and there is the homelessness tie in, plus Kate really does not seem wholly comfortable interacting with children (which is not meant to be a dig; not everyone likes and/or is comfortable being around children, and that’s fine, but then don’t keep trying to force the issue).

So Kate could extract herself from the uncomfortable interactions with the kids while still focusing on mental illness, and she could tie it in with one of William’s causes which could lead to more joint appearances (and more engagement with Centrepoint overall – William only did one engagement with them last year). Seems like a win-win for everyone.

Pippa gave the welcome address. No transcript of her speech, but the DM said: “Pippa went on to talk about her role as an ambassador and why she feels so passionately about the organisation.”

The BHF Twitter account quoted Pippa as saying: “It can destroy families and devastate lives.” She also talked about a friend she lost.

Pippa wore Kiki McDonough “Eden Diamond Flower and Smokey Quarts Drop Earrings” (not currently available but the same style in a different stone cost £2,900.00). Considering Kate has many Kiki pieces and the Middleton women share clothes, I wonder if we will ever see Kate in these earrings.