Royal Round Up: Crown Princess Victoria and Princess Sofia (updated with Princess Madeleine) 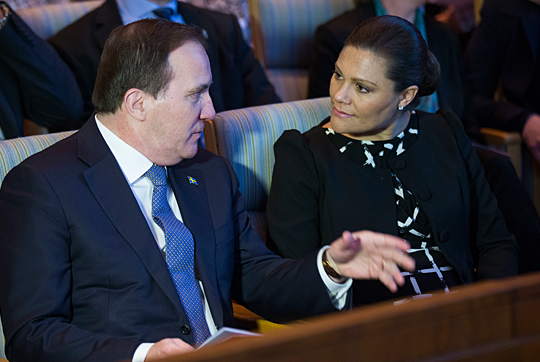 Agenda 2030 is a plan by the United Nations to end poverty and hunger, protect the planet from degradation, and ensure that all human beings can enjoy prosperous and fulfilling lives and that economic, social and technological progress occurs in harmony with nature. You can read more about Agenda 2030 here.

The conference Victoria attended discussed Sweden’s role in achieving the global targets set forth by the UN, the Swedish Government’s ambitions Agenda, and the different social actors’ roles and responsibilities in the implementation of the global targets.

Victoria said of the appointment: “I am very honored to receive the mission to be one of 16 ambassadors of Agenda 2030. The questions UN development highlights is crucial for the world. I hope to contribute to the important work ahead.” 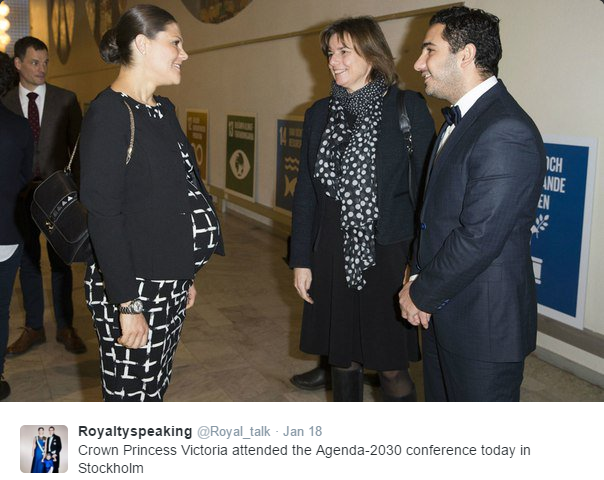 Victoria repeated an ASOS Maternity black and white graphic print dress she wore on the last day of her October 2015 trip to Colombia. Unlike last time, Victoria wore a black jacket over the dress.

Though February 10 continues to be Victoria’s last scheduled event on the Kungahuset website calendar, apparently Victoria will not go on maternity leave before her baby is born and will continue with her duties until she gives birth.

Yesterday, January 20, Princess Sofia made her first appearance of the year alongside King Carl XVI Gustaf and Queen Silvia. They attended the Young Music at the Castle festival at the Royal College of Music. They watched the dance performance “The music disappeared”, then a concert with the band Nonsense (pictured with the royals in the photo below) from the Royal College of Music, followed by a concert with students from Fryshuset.

Sofia wore a black and white printed v-neck dress from H&M which cost just $34.99. Sofia forewent the v-neck and buttoned her dress up to her neck. 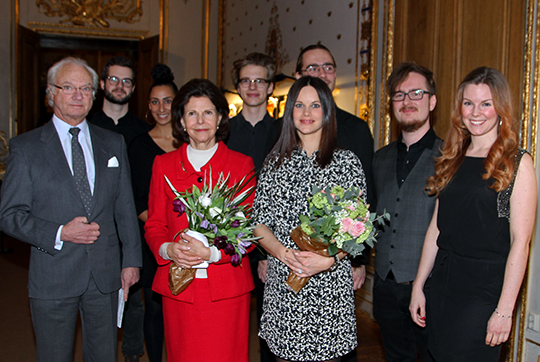 The Swedish court also released a new official photo of Sofia (taken the same day as the Nobel Laureates dinner). 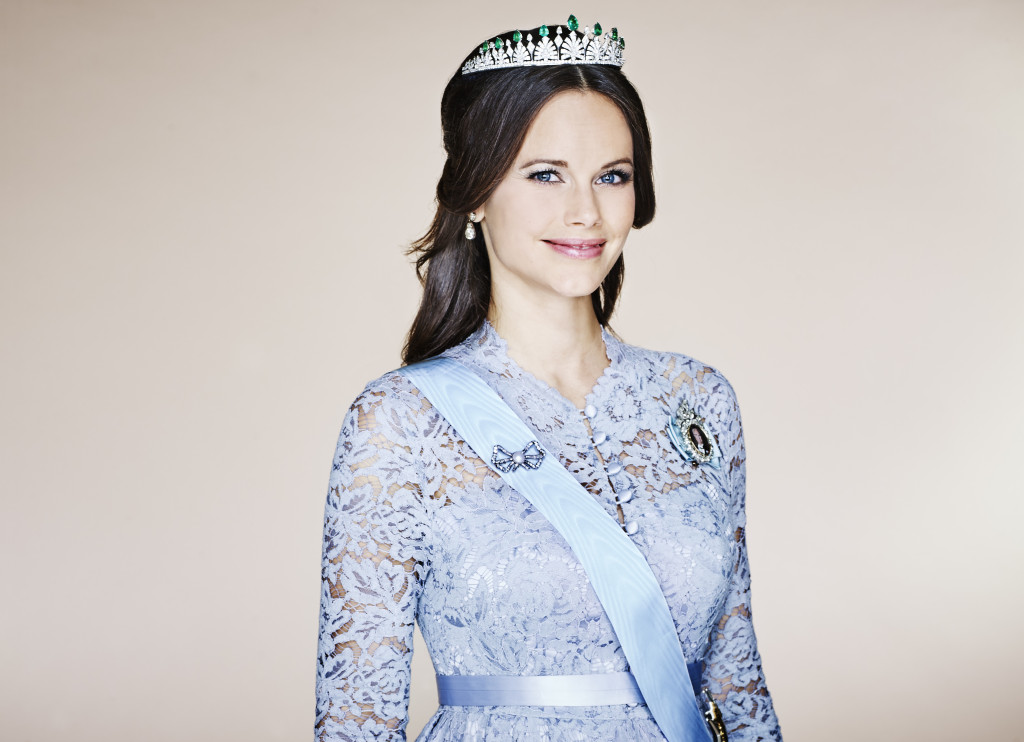 This photo allows us a good look at Sofia’s emerald and diamond wedding tiara, which still looks odd when sitting on her head. The tiara features graduated diamond palmettes topped by nine graduated pear-shaped emeralds. I think it’s cool that the King and Queen bought a tiara specifically for Sofia – especially since new tiaras are a rarity these days – but this one just isn’t growing on me.

UPDATE: Princess Madeleine posted six new photos on her Facebook page of Princess Leonore and Prince Nicolas. Maddie posted the photos with the caption: “Family time, sadly interrupted. What a pity we weren’t just asked for photos, because here are some sweet ones.”

Madeleine and Chris O’Neill took the kids on a vacation to the Maldives (in a 68,000 SEK a night villa – that’s about 7,900 USD at the current exchange rates) for the New Year and were photographed by the paparazzi. Those photos were printed in Swedish magazines and posted online. I’m going to link to the photos because I post/link pap photos of Kate and George, and so I have to for everyone else in order to be consistent and not hypocritical. You can view the photos here. 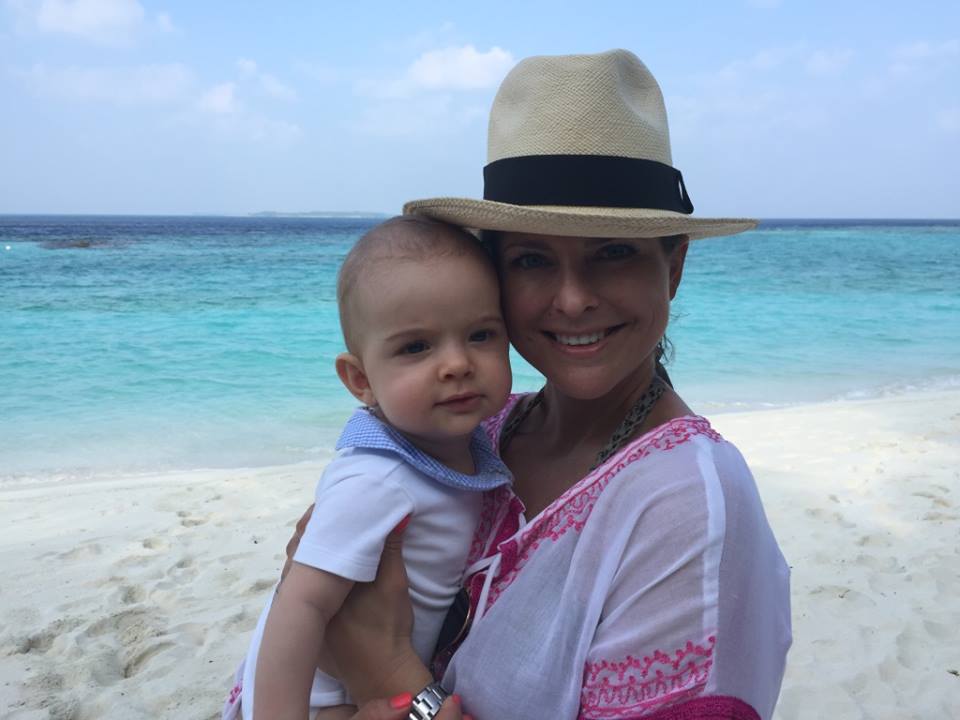 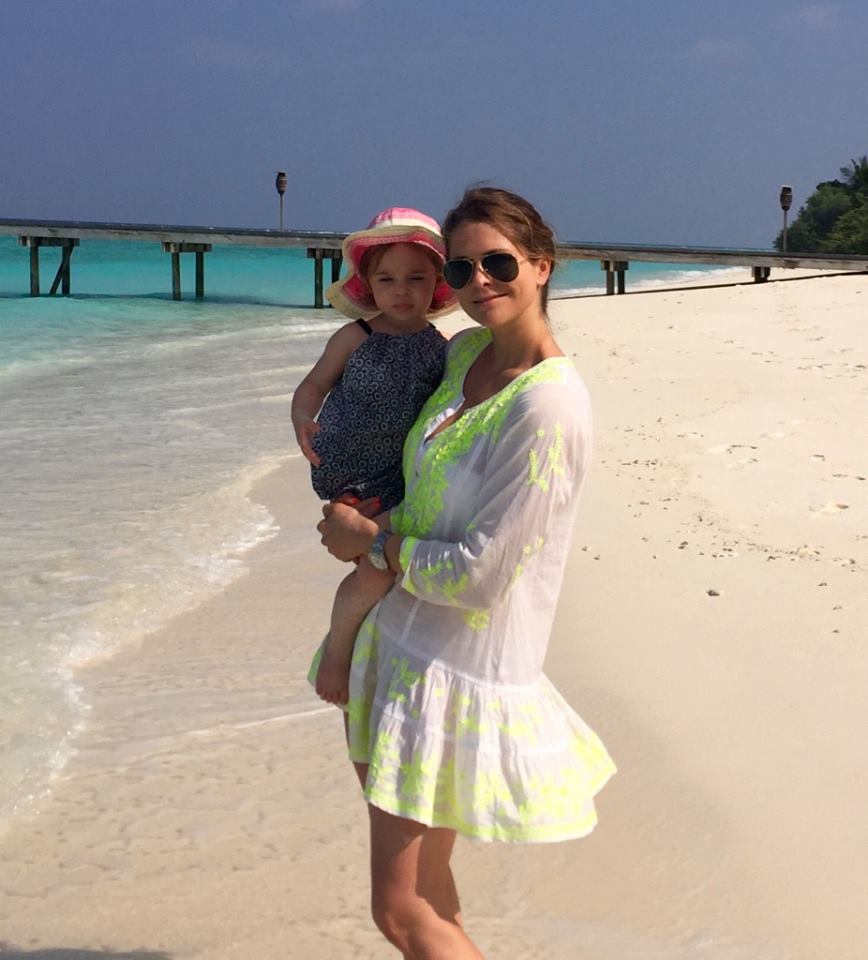 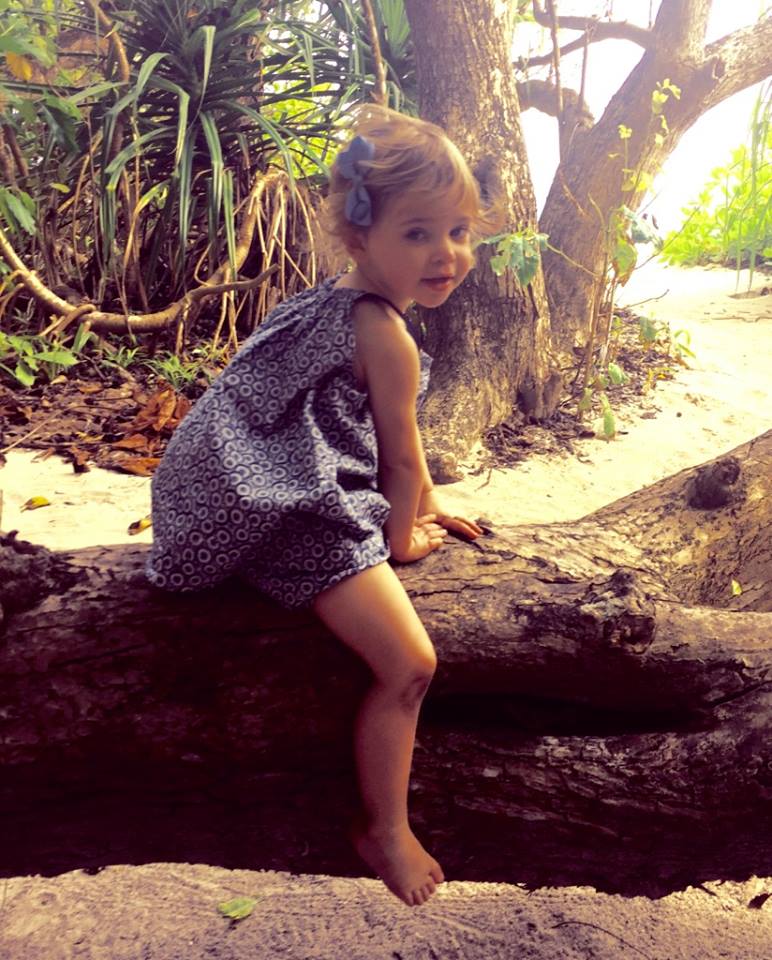 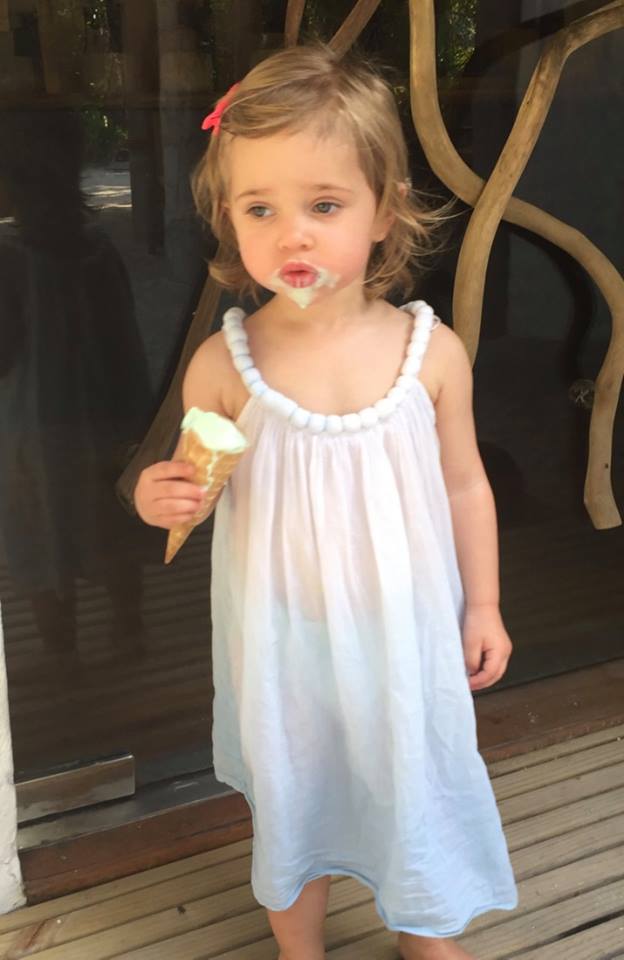 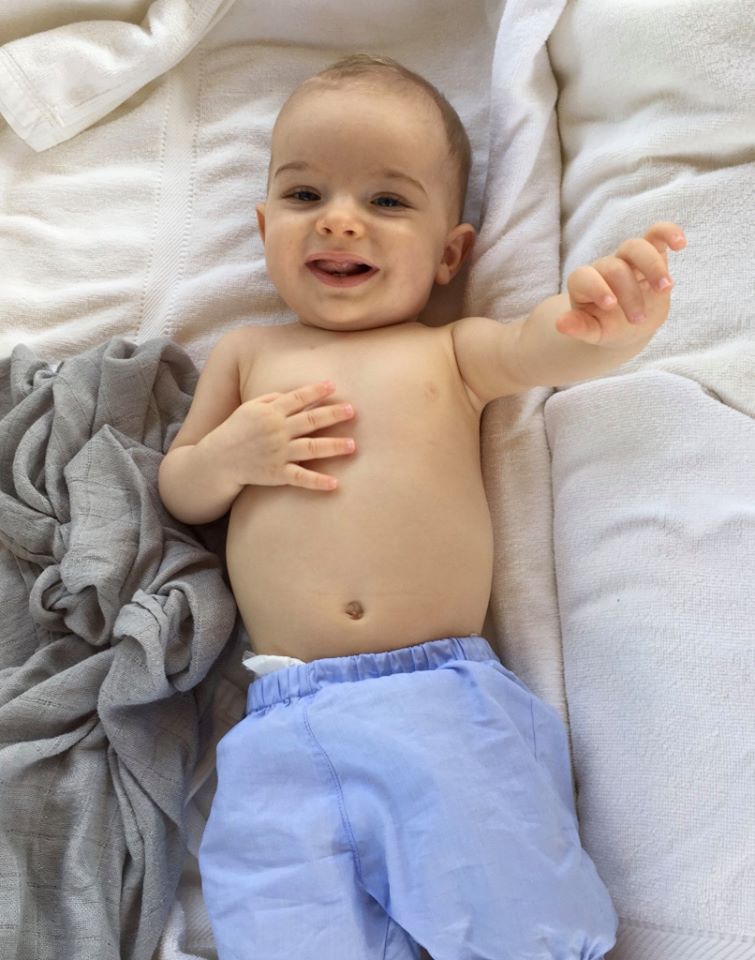 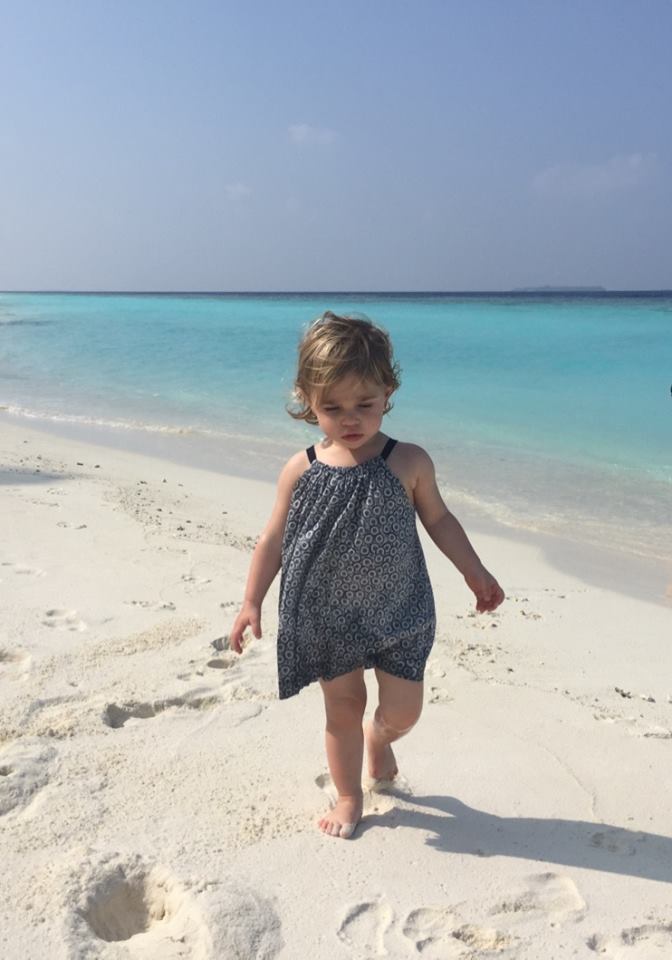 I want to thank you guys for keeping the comment section a nice place to interact with lately. You all have been really good about keeping things friendly, even though I know sometimes it’s hard to be positive about Kate.

If you do see a comment that you think is rude or offensive, please email me about it directly so I can take care of it (my email is in the sidebar under the “Email Me” section). I don’t want you guys to have to deal with responding to rude/offensive comments because I want this to be a fun, safe place to critically discuss our opinions of Kate and the royals. So email me if there’s a problem and let me know what’s going on and I’ll deal with it for you. Thanks!

164 thoughts on “Royal Round Up: Crown Princess Victoria and Princess Sofia (updated with Princess Madeleine)”