You guys said you liked the Swedish royals, so you get MOAR Swedes! Crown Princess Victoria and Princess Sofia were both out and about showing off their pregnancy bellies. Queen Maxima and Queen Mathilde met up for a concert. Queen Letizia did some business-y things. Queen Rania attended the World Economic Forum as well as a female entrepreneur round table discussion. And Queen Elizabeth II visited the Women’s Institute. 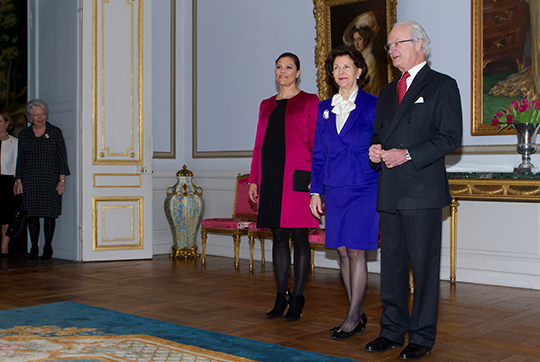 Crown Princess Victoria joined King Carl XVI Gustaf and Queen Silvia to open the exhibit: “In Time – Royal Clocks for 400 years”. Princess Christina was also there, you can see her on the far left in the above photo.

The King gave a speech about the exhibit:

“Through the centuries, clocks have played an important role here at the castle. Both to keep track of time, and as decoration. A really nice clock is not only technically perfect, but it is also beautiful to look at. And sometimes also hear. It is a fascinating listening experience at the castle all the clocks strike twelve exactly the same time. That, I thought as a child. So it is perhaps not surprising that clocks and horology has become a great personal interest to me.”

The exhibition features over 50 royal clocks from the 1500s to the present day. The exhibition is organized as a prelude to the King’s 70th birthday on April 30, 2016.

Victoria was out and about on Thursday, January 21, as well, in Tumba to visit Futebol dá Força. Victoria was there on behalf of the Crown Princess Foundation (which was founded after Victoria married Daniel in 2010).

Futebol dá Força Sweden was founded in 2013 and “educate[s] young female leaders as football coaches, [as well as] in value-based leadership, … practical knowledge about sexual and reproductive health, human rights and how to prevent domestic and sexual violence and abuse. … [In order to] create a free and open space where young girls unconditionally can have fun, have a safe meeting place, get stronger self-confidence and self-esteem.”

Victoria also visited the Young Music at the Castle festival earlier in the day.

Victoria wore a white button down under a black jacket with black pants and black boots from Yves Saint Laurent. Victoria wore pearl earrings from Kreuger Jewellery which cost 14500 SEK or about $1,700. 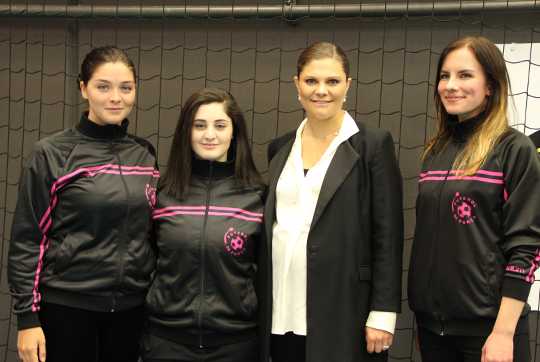 I love that Victoria sat on the floor with the girls even though she’s pregnant. 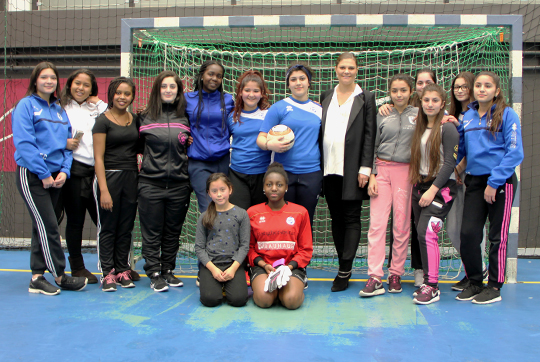 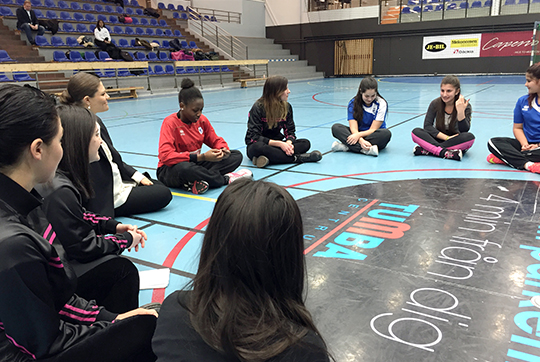 Princess Sofia attended the Sophiahemmet graduation ceremony at Stockholm City Hall on Thursday, January 21, and handed out the traditional brooches to the graduates.

Sophiahemmet is a private hospital in Stockholm with a royal connection going back to 1884. The Hospital is associated with the Sophiahemmet University College where students can get an degree in nursing. The College was founded in 1884 by Queen Sofia (wife of Oscar II).

Sofia is Honorary President of the hospital since January 1, 2016. She succeeded Princess Christina who was honorary president of Sophiahemmet since in 1972. 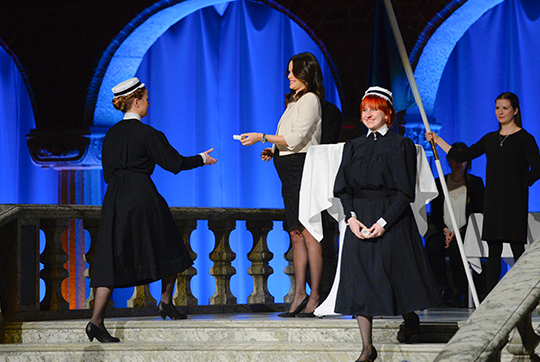 Sofia is wearing a black lace maternity dress from H&M (was $34.99, currently on sale for $17.99) under a MaxMara jacket she previously wore to her marriage banns in May 2015. 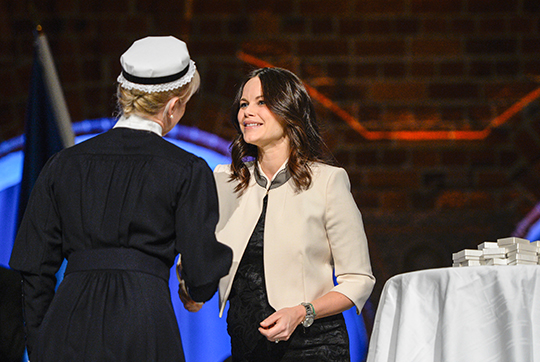 King Willem-Alexander and Queen Maxima attended the opening concert for the Dutch presidency of the European Union council on Friday, January 22. King Philippe and Queen Mathilde joined them for the concert.

Netherlands will hold the presidency of the European Union council for the first half of 2016 and will focus on key issues such as migration, combating terrorism, and promoting growth and jobs.

Queen Letizia opened the 36th edition of the International Tourism Fair (FITUR) on Wednesday, January 20. Then on Friday, January 22, Letizia attended a meeting of the Spanish Association Against Cancer (AECC).

Leti wore a navy Hugo Boss suit to the Tourism Fair and a grey coat over a black turtleneck to the AECC meeting.

Queen Rania attended the World Economic Forum this week. She participated in the “The Humanitarian Imperative: A Global, Regional and Industry Response” session on January 20. Rania discussed the Syrian refugee crisis and talked about the pressure housing refugees puts on Jordan’s economy – you can read more here.

On January 17, Rania met with a group of twelve Jordanian female entrepreneurs who own small and medium-sized enterprises in a number of fields including: information and communication technology, healthcare, clean technologies, creative industries, and social media.

The women shared their success stories, early beginnings, business challenges, and future goals, and showcased their business models and the various services they provide, including events’ scheduling and ticketing, direct marketing, cooking tutorials, and audio books.

Apparently there was a rumor that Duchess Kate would attend, but she didn’t. Back in May 2015, the president of Anmer WI said she sent Kate a invitation to join their ranks and said she received a letter from Rebecca Deacon saying that Kate was “interested”. Who knows if Kate actually joined or not.