On January 1, the Japanese Imperial Family took part in the annual New Year Greeting Ceremony at the Imperial Palace in Tokyo which brought out lots of sparkly jewels. 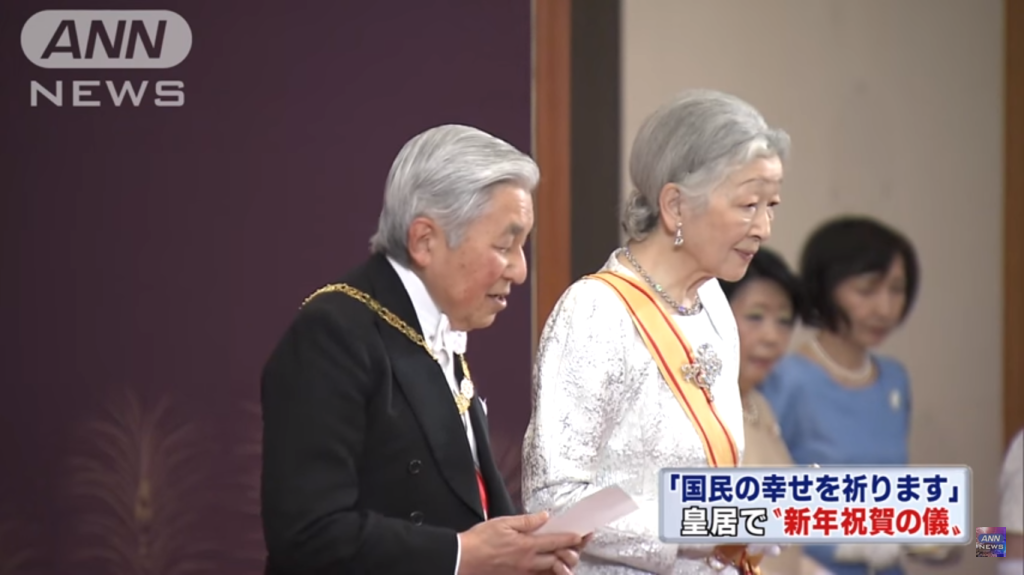 Emperor Akihito and Empress Michiko – who did not wear a tiara, but did wear a giant brooch.

As last year was the 70th anniversary of the end of World War II, it was a year in which many of us spent much time thinking about the war. In welcoming the new year, I would like to renew my prayer for peace both for our country and our people.

It will soon be five years since the Great East Japan Earthquake, and it pains me to think that there are still people who cannot return to the places they used to live and those who must endure the hardships of living in temporary housing. I hope that these people will take good care of their health through the cold winter, and that further progress will be made in the recovery of the afflicted areas.

Our country Japan is indeed blessed with beautiful nature, but at the same time, we are prone to natural disasters. It is my sincere hope that each and every Japanese cultivate an awareness of disaster prevention and continue to look out for each other and be prepared to protect themselves at all times.

May the new year bring happiness to the people of our country and the people around the world. 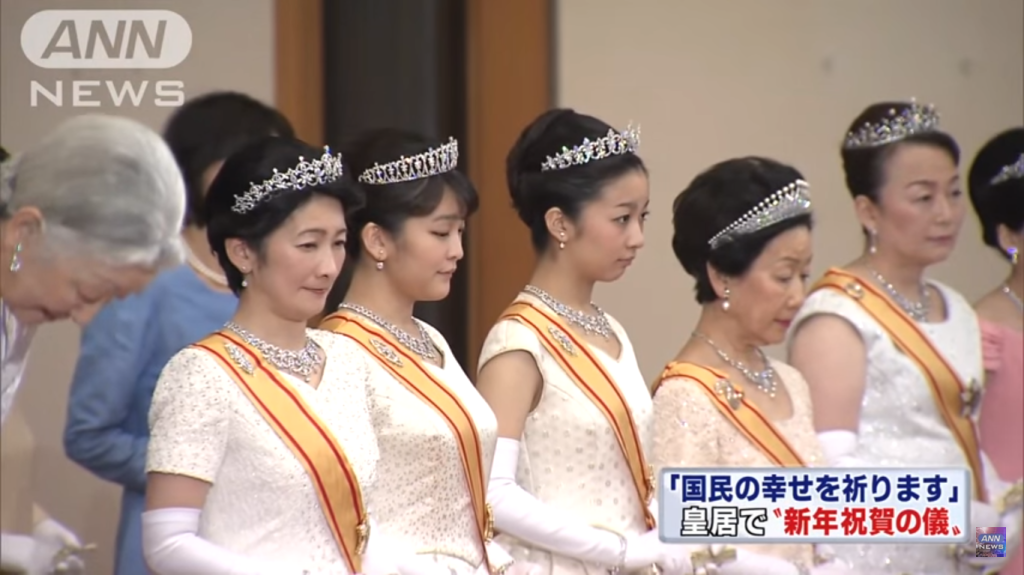 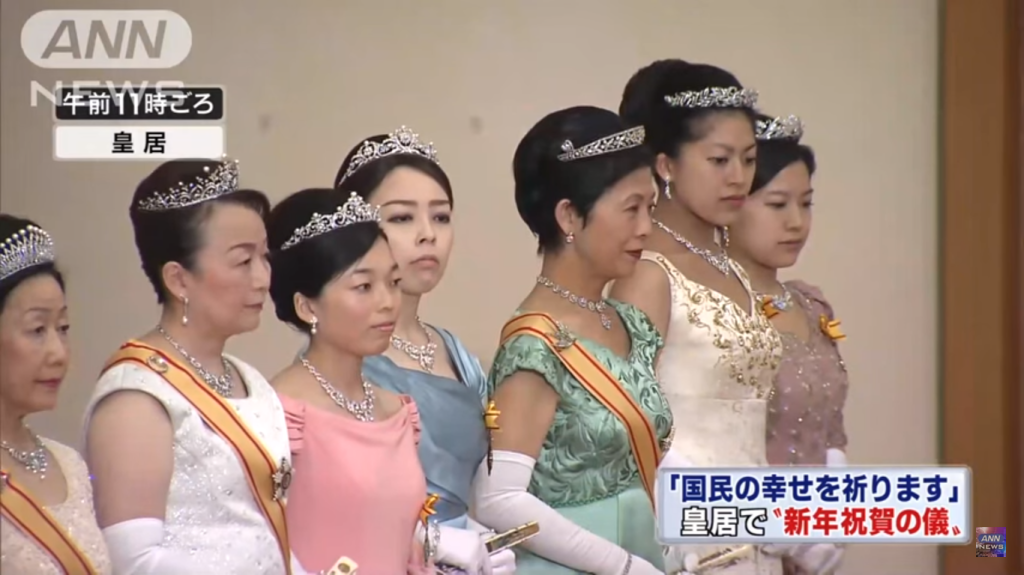 So many tiaras. When each royal woman turns twenty (or joins the family) they are gifted with a diamond parure for their own personal use. And when they’re all lined up like this, it’s just a sea of tiaras. All the ladies are wearing varying classes of the Order of the Precious Crown (Japan).

By the way, the line of succession is quite interesting in Japan. Due to the nature of Japan’s primogeniture succession laws, a woman cannot rule in her own right, which caused a bit of a crises in the early 2000s. The Crown Prince has one daughter, born in 2001, and no sons. Prince Akishino has two daughters and one son born in 2006. There was a movement before 2006 to allow a woman to rule but it was dropped with the birth of Akishino’s son. So the line of succession is: Crown Prince Naruhito, Prince Akishino (the Emperor’s second son), Prince Hisahito of Akishino (Akishino’s son).