Camilla has been out of action for a while, missing the diplomatic reception due to neck and shoulder pain. But she didn’t want to miss this event, telling the Daily Mail (thankfully Rebecca English left the Kate event to cover this one): “It’s one of the most special things we do all year. I wouldn’t miss it for the world.”

One of the great things about this event is that it shows that Cams is willing to throw out pomp and ceremony and get in there with the kids. She helps serve the kids lunch and this year she also got on the floor with them.

Another thing I like about this event is that we get quotes from Camilla.

To the parents of twins with cerebral palsy – who said the care their children have received from Helen & Douglas “has been remarkable” – Camilla said: “It’s just such a happy place, isn’t it? You never know what to expect but it has the most uplifting atmosphere.”

To a boy named Tommy (the boy in the red sweater in the photo below), who was drifting off in his specialized wheelchair, Camilla said: “We’ve got to keep you awake, I have a real surprise in store!”

That surprise turned out to be getting to try on the traditional Welsh Guards hat. Camilla insisted Captain Matt Wright take off his hat so the kids could try it on. 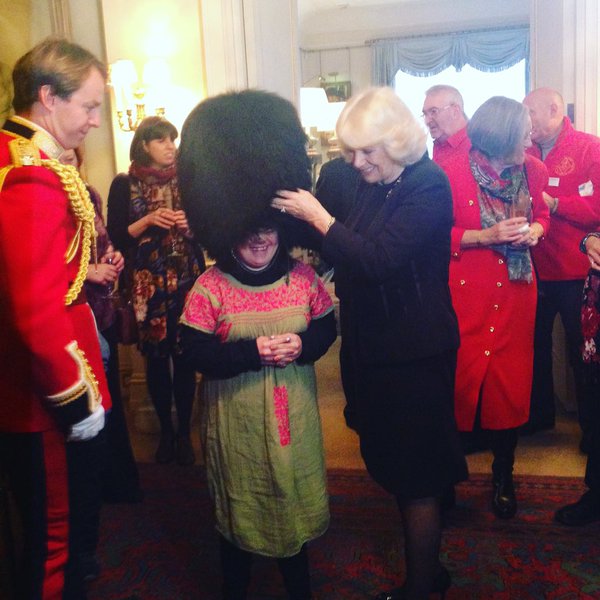 I kind of don’t want to, but I feel like I must talk about Camilla’s outfit. Camilla wore a black suit she’s fond of and two flower brooches. Because I call out Kate every time she wears dark colors to hang with kids, I have to do the same for Camilla (to be fair). It’s disappointing that Cams chose such a dark suit this year considering last year she wore a lovely fuchsia dress and floral print scarf.

“Orr Bar-On, who is seven and suffers from a number of muscular problems as well as autism, stuck to Camilla like glue.

“His mother, Gina, from Islington, north London, said: ‘It has been just a magical day. I really didn’t know what to expect when we got the invitation. Of course I was excited as it was a chance to go out and socialise and mix with other adults, which I don’t get the chance to do.

“‘The Duchess even gave me a glass of bubbly – my first drink in I don’t know how long! What I didn’t expect, though, was how down-to-earth everyone has been and how welcoming they are. Orr picked up these Christmas tree biscuits and there were crumbs all over the floor but the Duchess told me not to give it a second thought. And she just laughed when he tried to drink out of the milk jug! It really has been a wonderful day.'”

More from the Mail:

“Before she left Camilla wished all her guests a very happy Christmas and said she was looking forward to spending time with her own family – son, Tom, and daughter, Laura, and her grandchildren – over the festive break.”

It’s good to see Camilla out and about again. Rebecca English said this is one of her “favorite engagements of the year” and I’m inclined to agree with her. I like this event. 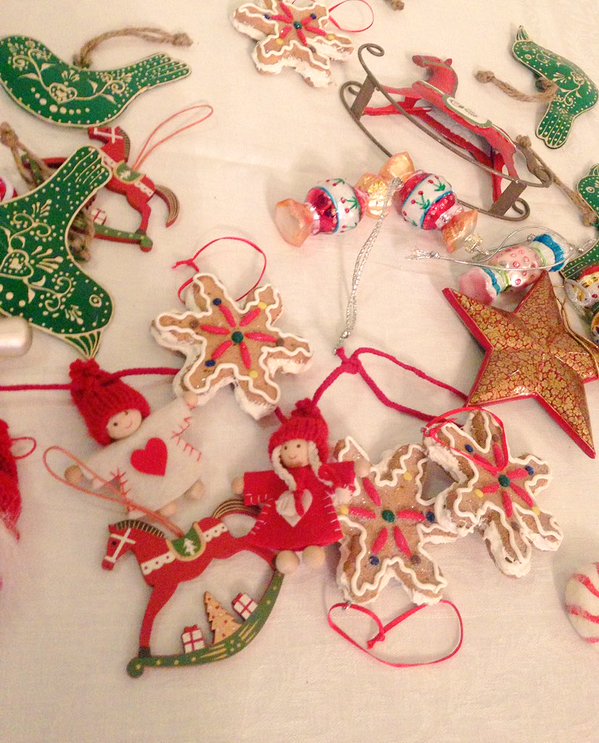