I wasn’t going to cover the annual Christmas lunch at Buckingham Palace until tomorrow, allowing Camilla to have today, but then BP announced that Prince Philip has handed one of his patronages over to Kate, so yeah. Cams gets bumped to tomorrow, and there will be a Harry post either over the weekend or on Monday. Anyway, Kate Middleton has been made Honorary Air Commandant of the RAF Air Cadets. 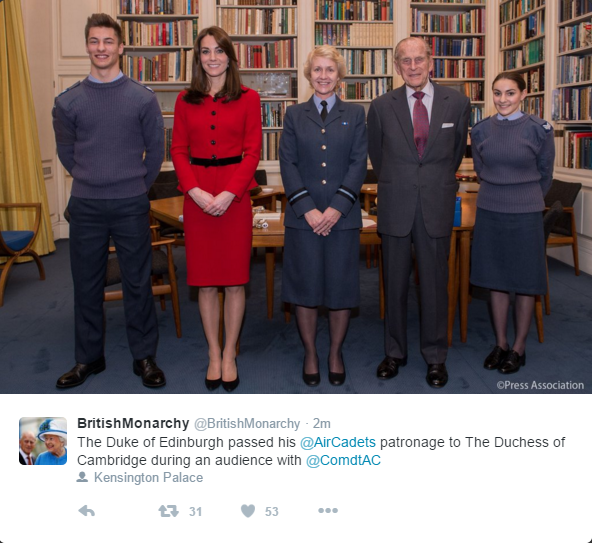 After 63 years, Prince Philip is stepping down as Patron of the RAF Air Cadets and handing the reigns of Honorary Air Commandant to Kate. It was announced in 2010 that Philip would be stepping down from a number of his patronages – though he remains Patron or President of over 780 organizations – so his stepping down is not a surprise, but the fact that he handed his patronage over to Kate is surprising.

This is Kate’s first role with a link to the military, and taking over one of Philip’s patronages definitely signals that Kate is approaching full time working royal status and should be taken more seriously. So now if she goes back to her dinky schedule of appearances it will be even more aggravating. 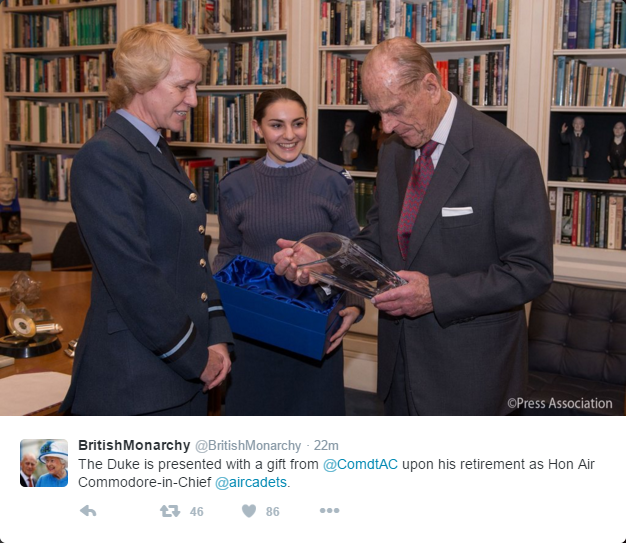 On a side note, it is possible this will be the first of a few new patronages announced for Kate in the coming months. Kate has visited both the Anna Freud Centre and The Fostering Network twice this year (and hasn’t visited some of her actual patronages even once), and I’m thinking she may become patron of those organizations soon. 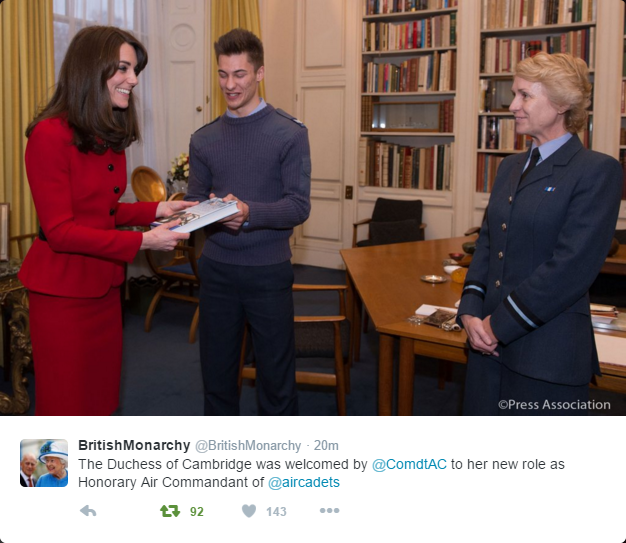 Kate wore her red Luisa Spagnoli suit which she debuted in 2011 and wore again in 2014. Kate wore her Mappin and Webb “Empress” earrings and her Stuart Weitzman Power Pumps (which she has literally worn 13 times this year).

It seems this audience took place after the Christmas Lunch at Buckingham Palace which Kate attended with Prince George and Princess Charlotte. Prince Harry rode in the same car with them, and Nanny Maria rode in a different car. Prince William skipped the lunch to attend a memorial service for John Pelly (father of Guy Pelly) – which is odd to me since I thought Harry was closer to Guy than William. 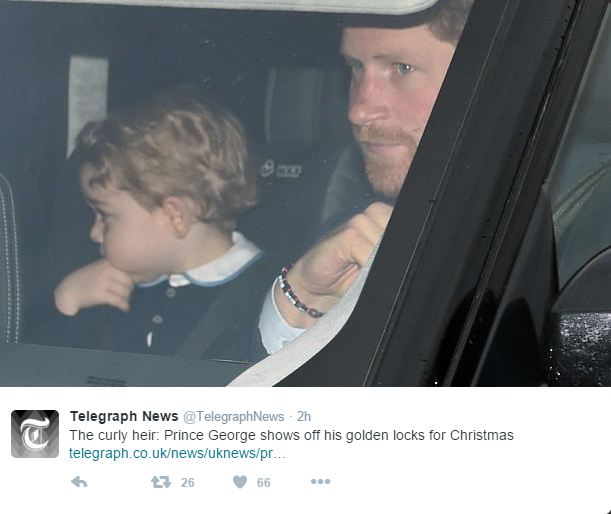 Most of the extended family came out for this event, as per usual. Here are some photos of Prince Charles and Camilla, Sophie, Princess Eugenie, and Zara Phillips Tindall.

115 thoughts on “Kate Middleton takes over one of Prince Philip’s patronages, attends Christmas lunch at BP”