I have two posts for you today: one light and fluffy from the Swedes, one serious from Camilla. Let’s start with the light and fluffy. The Swedish court released four official photos from Prince Nicolas’ Christening last Sunday. 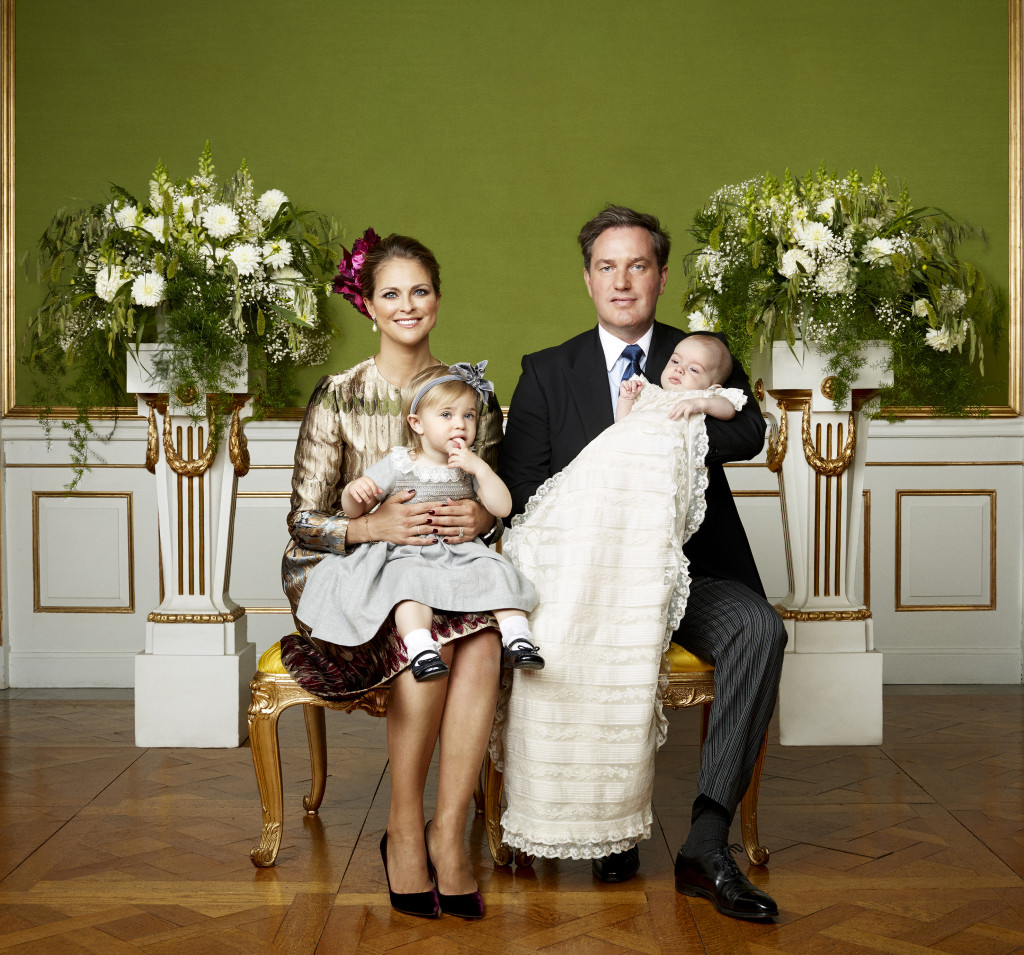 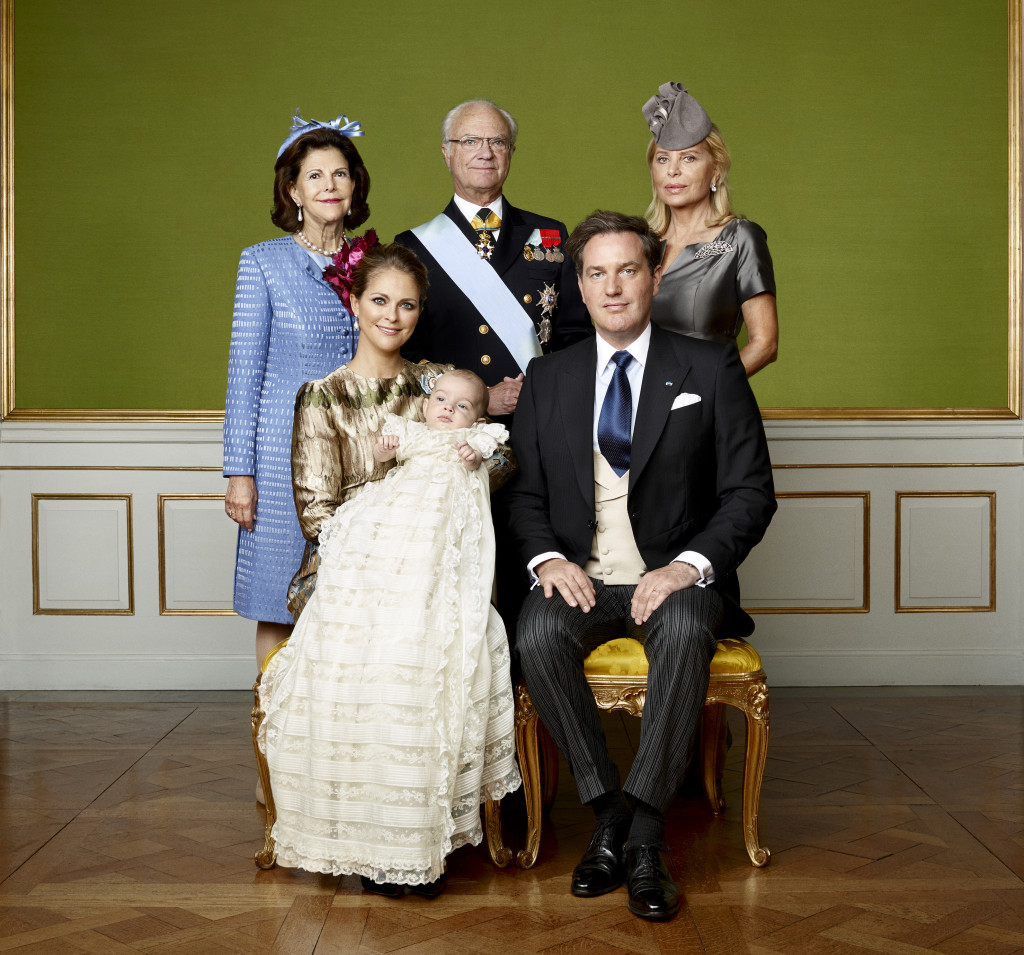 After the ceremony on Sunday, the King and Queen hosted a reception at Drottningholm Palace. The Swedish court released the menu:

Yellow beet carpaccio with truffle, mizuna, roasted pumpkin seeds, and pecorino for starters. Then browned hake back with buttered lobster tails, vegetable dumpling, lobster sauce, and herb tossed potatoes. They followed that with a desert of Southern French caramel cake with raspberry mousse from Solliden Palace (the royal summer home). 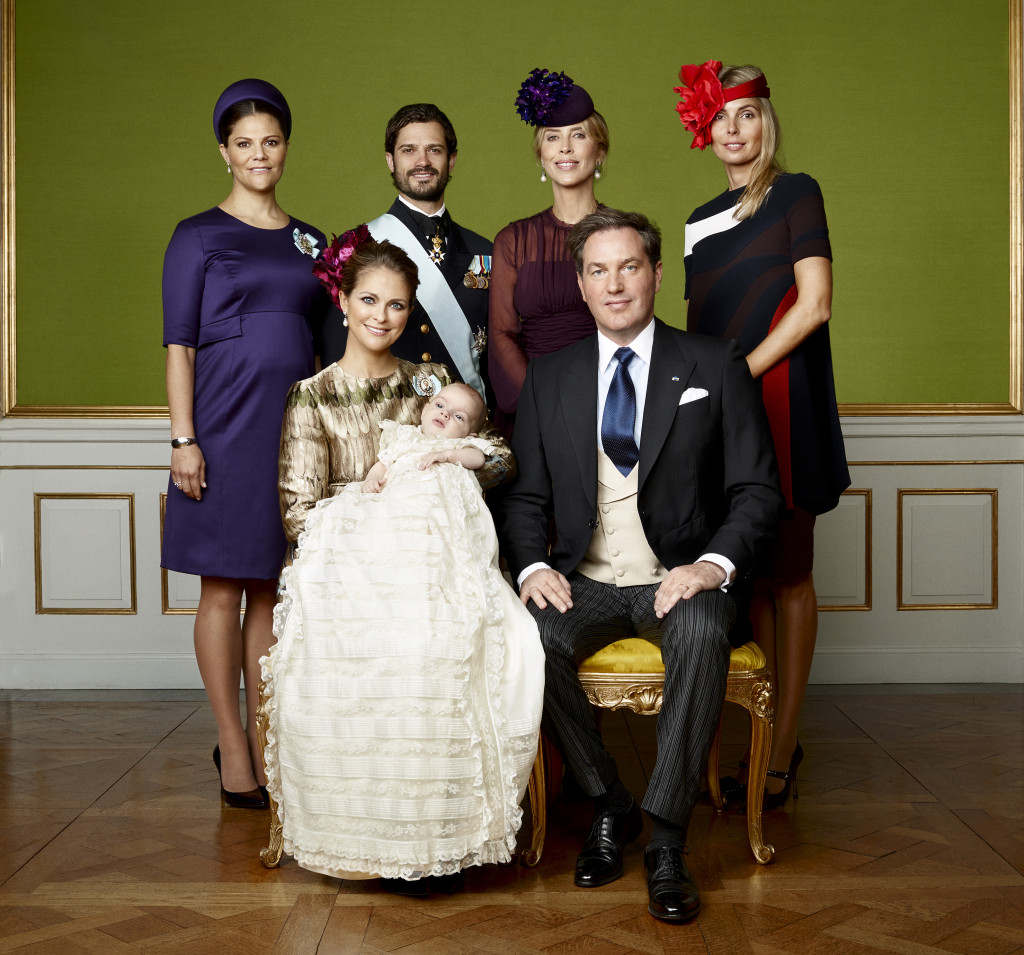 Ah, look at Victoria. We’re totally going to get to do this all over again next June. 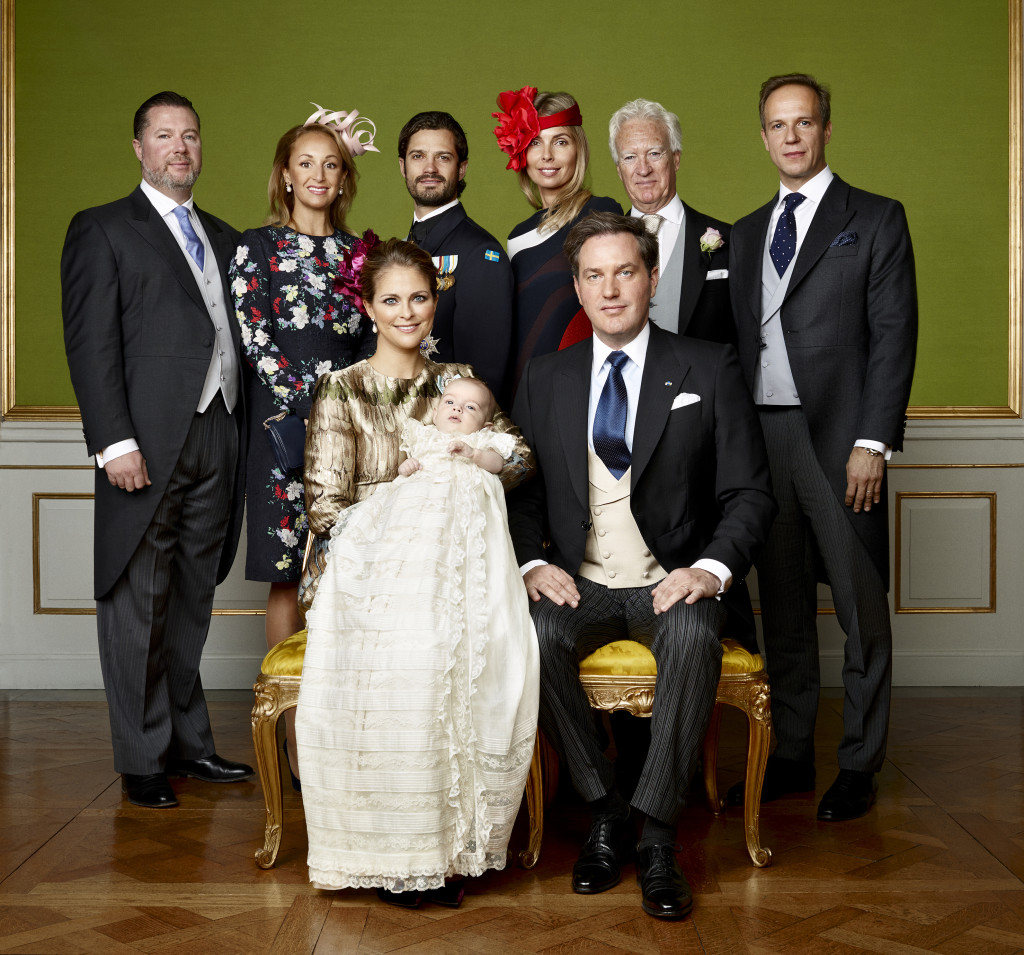 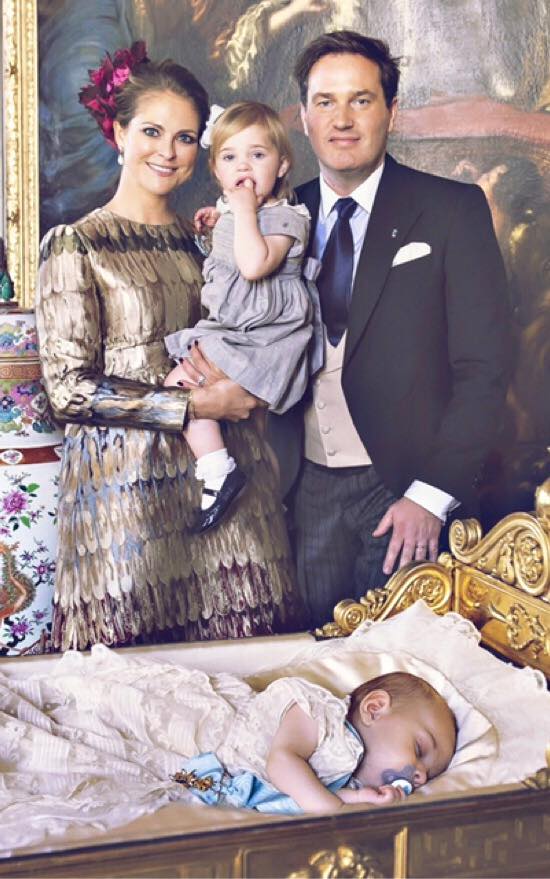 Madeleine posted the above photo on her Facebook page yesterday with the caption:

“We are so happy and thankful that we had such a lovely christening for Nicolas. Leonore had a lot of fun and Nicolas was a bit overwhelmed!”

Leonore really likes that “finger in the mouth” pose doesn’t she. She does that a lot.

One last thing, I want to point out Chris’ mother’s brooch that was covered up by a coat during the ceremony. It’s really pretty.