This Hot Guy of the Month post is a bit late, since it’s already August 7th, but better late than never! This month we’re looking at the long-suggested Crown Prince Haakon of Norway. The only royal dude who can really rock that beard. 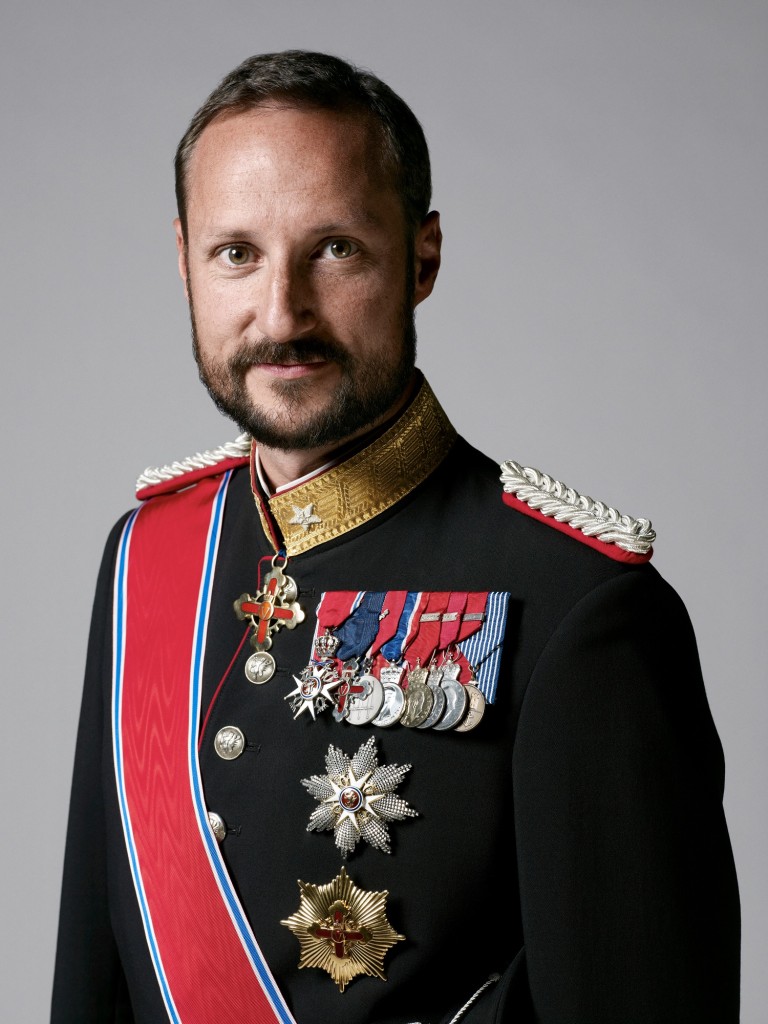 Haakon served in the Royal Norwegian Navy where he holds the rank of Admiral. Haakon holds the The Order of St Olav (Grand Cross with Collar), and the The Norwegian Order of Merit (Grand Cross), as well as several medals.

[Haakon gives a speech at the 25th anniversary of CICERO (the Center for International Climate and Environmental Research) on April 27, 2015]

In terms of his royal duties, Haakon is concerned with Norwegian industrial development and innovation, environmental issues, cultural freedom, and cultural expression through film and music, as well as international issues. This is shown through his patronages and education.

Haakon has a Bachelor of Arts degree in political science from the University of California, Berkeley, as well as an MSc from the London School of Economics in development studies, specializing in international trade and Africa. Haakon is Patron of fifteen organizations including: The Crown Prince and Crown Princess’ Humanitarian Fund, The Norwegian Film Festival, 4H Norway, and several music-related organizations.

Haakon’s love of music is expressed through his several music-related Patronages. He also loves sports and has attended several Olympic Games.

Haakon married Mette-Marit Tjessem Høiby on August 25, 2001, making her Crown Princess Mette-Marit. Due to her past (which included drugs and an out-of-wedlock child), many in Norway did not approve of Matte-Marit, but Haakon loved her and Harald supported his son’s choice of wife, and the wedding happened as scheduled.

[The Crown Prince family celebrating National Day on May 17, 2015]