Royal Round Up time (finally, this post is so late). Today we’re celebrating Crown Prince Hussein‘s birthday, touring Germany with Queen Elizabeth, celebrating National Day with the Luxembourg clan, hanging with Queen Maxima, visiting China with Queen Mathilde, and partying with Princess Beatrice. Oh, and there’s some Prince William and Kate Middleton, too.

According to Us Weekly, Prince William and Kate Middleton met with Brad Pitt and Angelina Jolie in a private meeting at Kensington Palace on Friday, June 26, and even brought out Prince George for the meeting.

According to Us Weekly, an actual Kensington Palace spokesman (not just a “source”, but an actual spokesman) said: “The Duke and Duchess of Cambridge met with Brad Pitt and Angelina Jolie Pitt at Kensington Palace on Friday afternoon. They discussed their shared interest in combatting the illegal wildlife trade.”

Then Us Weekly quotes a “source” as saying Will and Kate were “really excited” to meet Brad and Angelina, and that “Everyone got on splendidly. Brad and Angelina spent much longer with the Duke and Duchess than planned. They ended up staying for almost a few hours.”

If this is actually true, then I’m fairly surprised that Pitt and Jolie bothered to take such a large amount of time out of their busy schedules to indulge William and Kate. I mean, what the hell do the four of them have to talk about? Babies, I guess. It’s not like Will and Kate are super philanthropic. Pitt and Jolie do WAY more for charity, and specifically wildlife conservation, than Will and Kate do.

Our Hot Guy of the Month for May, Crown Prince Hussein, celebrates his 21st birthday today. Hussein was born on June 28, 1994. He is younger than my favorite movie growing up, The Lion King, by almost two weeks. Happy Birthday, kid.

As promised, I’m covering the rest of The Queen‘s State Visit to Germany.

The Queen arrived at the Tegel airport in Berlin, Germany on June 23 with Prince Philip. HM wore blue and accessorized with Prince Albert’s Sapphire and Diamond Brooch she just wore on Ascot Day 2. On June 24, there was an official welcome, they met with Chancellor Angela Merkel, laid a wreath at the central memorial for the victims of war and dictatorship, and HM got to chat with a robot at Berlin’s University of Technology, all before the State Banquet in the evening. HM brought back my favorite outfit she’s ever worn, the white coat from the Thames River Pageant during the Diamond Jubilee in 2012. She wore a brooch she debuted last year, the Multi-Color Flower Brooch.

On June 25, HM and Philip traveled to Frankfurt am Main, Germany where they visited City Hall and toured St. Paul’s Church. HM wore blue Angela Kelly and the Shamrock Brooch she wore on Ascot Day 3. Also on June 25, HM attended a garden party at the British Embassy. HM wore a Ruby and Diamond Bouquet Brooch that used to belong to the Queen Mother.

On June 26, the final day of the State Visit, HM and Philip visited Brandenburg Gate before visiting the concentration camp memorial at Bergen-Belsen in Lohheide, Germany. HM and Philip viewed the grave of Anne Frank and laid a wreath at the inscription wall, before metting two survivors of the camp as well as two liberators. HM wore a yellow coat with a grey coat underneath, both from Angela Kelly. On the yellow coat, HM wore the Daffodil Spray Brooch. On the grey coat, HM wore the Bronte Porcelain Brooch.

Since I already covered the tiara appearance during Luxembourg National Day, let’s continue with some more Lux National Day celebrations.

Then on Luxembourg National Day, June 23, the entire grand ducal family came out for a Te Deum.

Prince Louis and Princess Tessy. Tessy looks nice, but not as nice as Stephanie. 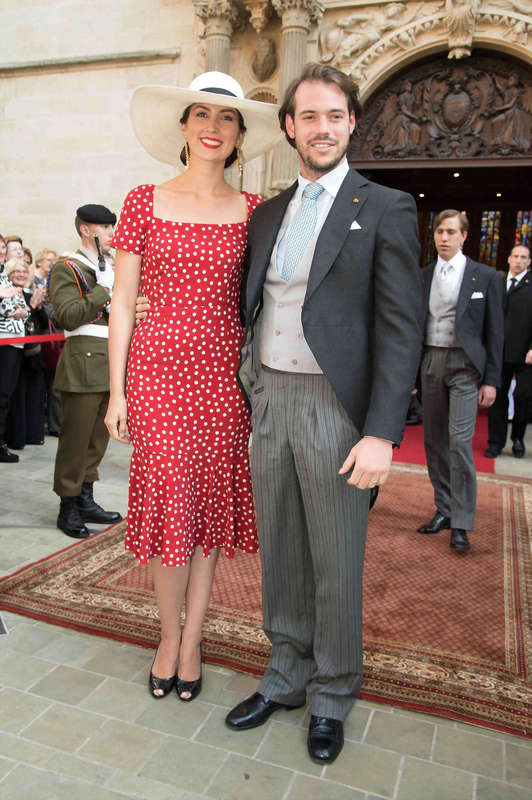 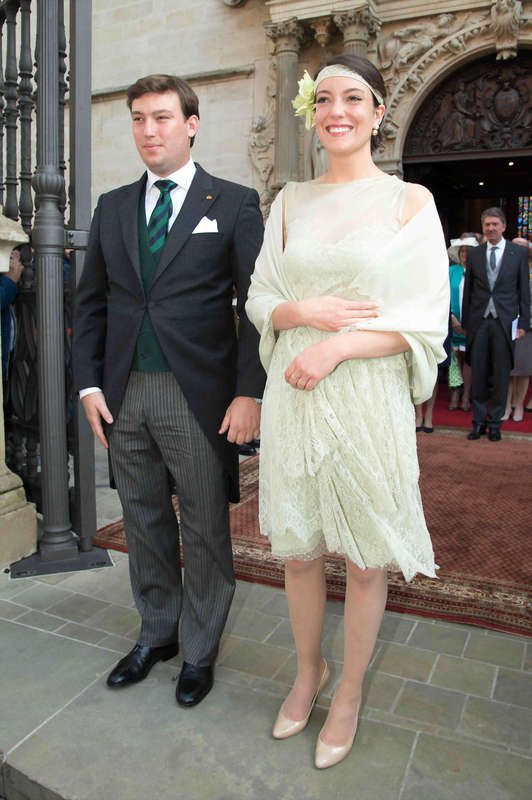 Prince Sebastien and Princess Alexandra, who decided to go all flapper on everyone.

Queen Maxima attended a conference on June 22 about the food supply in Africa called ‘The Future of Farming and Food Security in Africa’. I really like this look. I like all the pops of green against the black and white patterned dress.

Queen Mathilde and King Philippe paid a visit to China. On June 21 they chatted with Chinese opera performers after a show in Wuhan, central China’s Hubei province. Mathilde was in a repeat dress from June 3. The pink floral one I loved.

Princess Beatrice was out and about in London this past week, partying and attending a reception at Buckingham Palace. Because partying, vacationing, and somethings popping up with HM are the only things Beatrice does. It’s not like she has a job or anything.

On June 22, Beatrice attended a reception at Buckingham Palace to celebrate The Queen’s Young Leaders program.

On June 23, Beatrice attended the launch of the Fashionista Biscuit Tin at the Biscuiteers Boutique in Notting Hill. She went out clubbing with Dave Clark later in the evening. On June 28, Bea and Sarah Ferguson attended Day Two of the 2015 FIA Formula E Visa London ePrix at Battersea Park.

46 thoughts on “Royal Round Up: William & Kate, the Queen, Stephanie, Maxima, Mathilde, Beatrice”