Royal Round Up: Queen Maxima and King Willem-Alexander visit USA

King Willem-Alexander and Queen Maxima made an official visit to the US from June 1-3, though they arrived in the US on May 31. They had a busy three days in Washington, D.C., Michigan, and Chicago. 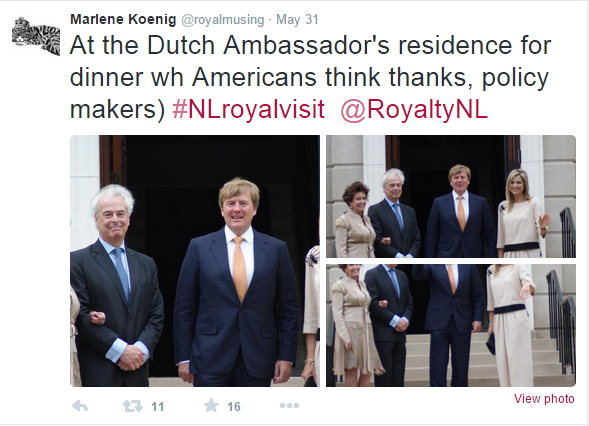 Willem-Alexander and Maxima arrived in the US and went to Ambassador Bekink‘s official residence for a dinner with policy leaders and think tankers where the discussion was about security and economics. Maxima wore a Natan cream shirt and pants, with a giant black spider brooch on her shoulder. I hate spiders. Max wore spider brooches before back in February. I don’t know why she loves spider brooches so much.

Because I know you guys love reading the menu: First course of chilled beets with pickled radish, goat cheese, and orange; second course of polenta cake with roasted red pepper coulis and summer vegetables; third course of Meyer lemon chess pie with toasted meringue and summer berries. Oddly it was an all vegetarian menu.

Maxima and Willem-Alexander started their day at the Arlington National Cemetery where they laid a wreath at the tomb of the unknown soldier (there are actually a lot of unknown soldier’s graves at Arlington). They then met with President Barack Obama in the Oval Office in the White House. The King mentioned the whether conditions in Texas and Oklahoma, the death of Vice President Biden’s son, and thanked the US for their help during WWII (you can read full transcript of the meeting here). The royal couple took part in a roundtable discussion on sustainable development and best practices of the Caribbean ‘small islands’ at World Bank. They then visited the US National Institute for Standards and Technology (NIST) for a ‘Global City Team Challenge’ event to launch the ‘Global Smart City Coalition’.

Maxima wore a white and black dress with black turban and heels. She wore pearl and diamond earrings and brooch, and a pearl necklace. She looks really beautiful here.

Later in the day, the royal couple also met congressional leaders. Max changed into a yellow and tan outfit. 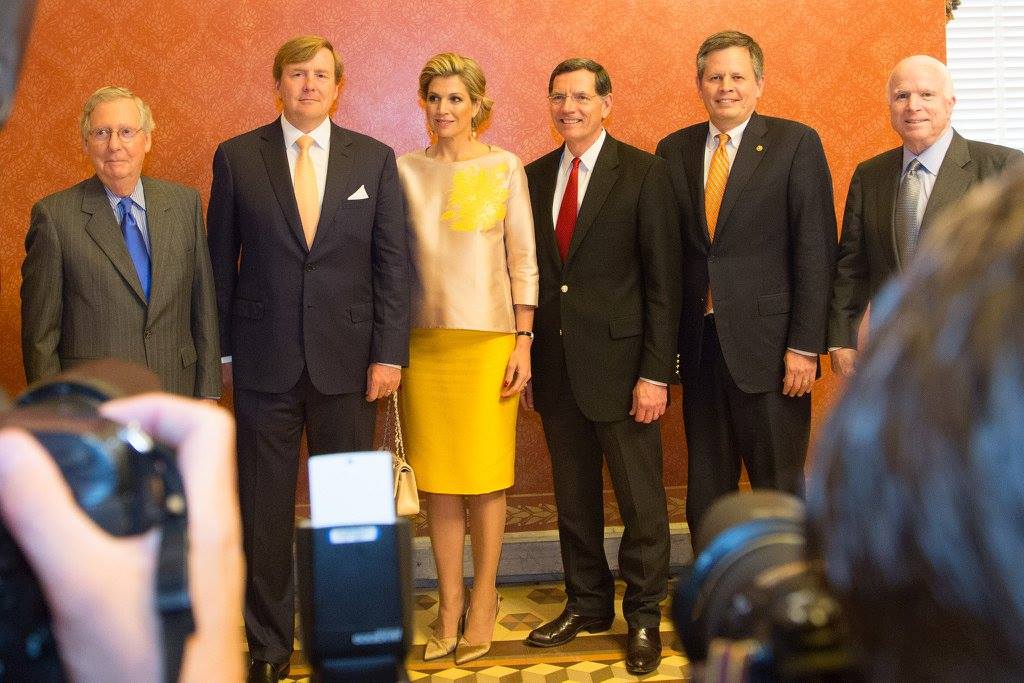 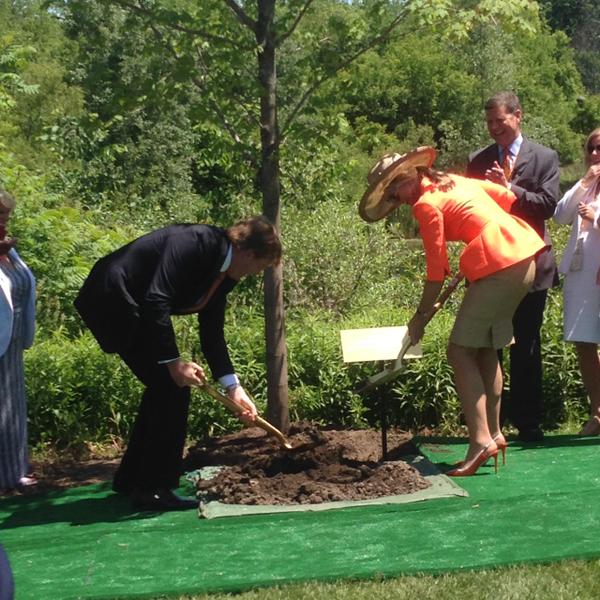 On June 2, The King and Queen moved to Grand Rapids, Michigan where they planted a sugar maple tree in the volunteer garden of Frederik Meijer Gardens and Sculpture Park in honor of volunteers. The King also gave a speech, saying in part (full transcript here): “The history of Dutch emigration to North America spans more than four centuries. Our presence here goes back further than that of most other European nations. Here in Michigan, Dutch settlers only arrived in big numbers after 1840. […] Michigan is the only place on Earth where you can drive between Holland, Zeeland, Friesland and Drenthe in less than an hour. That’s right: even in the Netherlands you can’t do that!” 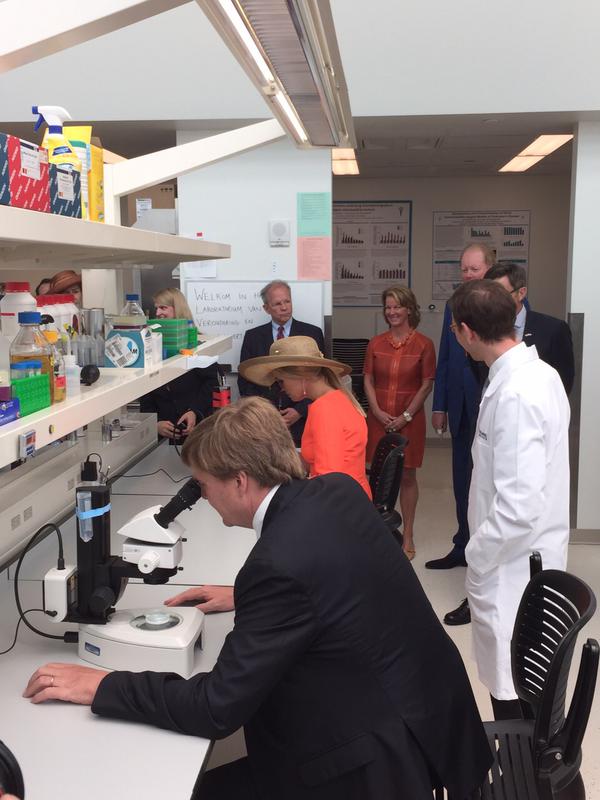 The royal couple also visited the Helen DeVos Childrens Hospital and the Van Andel Research Institute before departing for Chicago. They visited the Chicago Cultural Center for a business dinner reception where the King gave a speech, saying in part (full transcript here): “Our relationship goes far beyond agriculture, of course. Around 850 Dutch companies from many sectors are active in the United States. And twice as many American companies have branches in the Netherlands, making the US our largest foreign investor. I see that as a sign of your confidence in the Netherlands, not only as a natural gateway to Europe but also as an inspiring place to do business.”

The King and Queen ended the day by a visit to the School of House music because apparently they are huge fans of EDM.

In Michigan, Max wore an orange peplum top and tan skirt. She changed into a Jan Taminiau green dress with a giant bow from the Image Tranquille collection for Chicago. 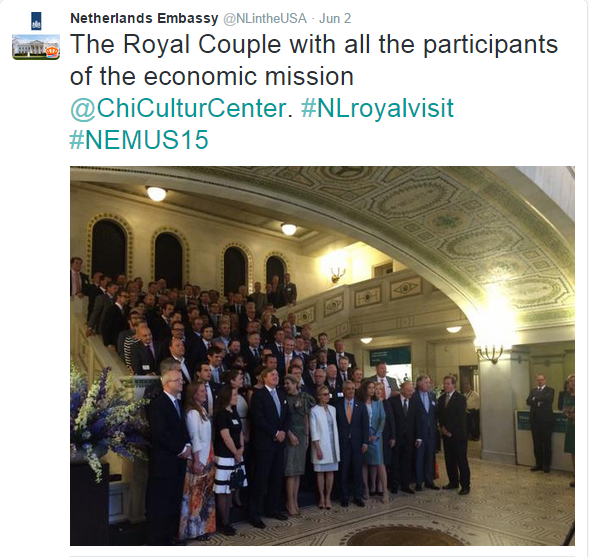 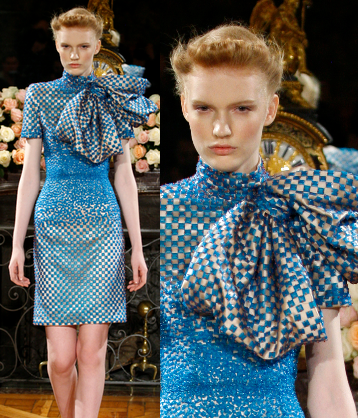 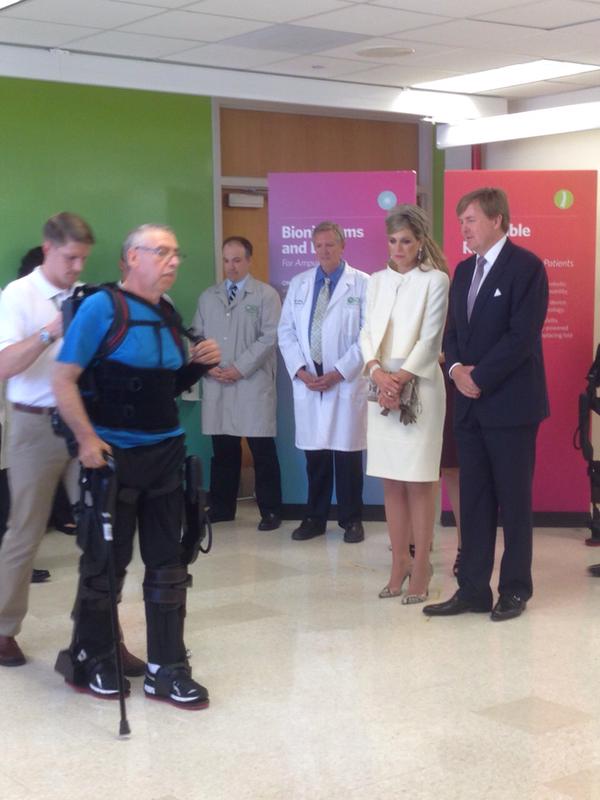 Willem-Alexander and Maxima visited the Rehabilitation Institute of Chicago where they spoke with patients who can move again with the help of advanced technologies and prostheses. The couple also toured the Gotham Greens Rooftop Greenhouse. Maxima wore a cream outfit with what looks like snake skin heels. She looks really nice here, too. 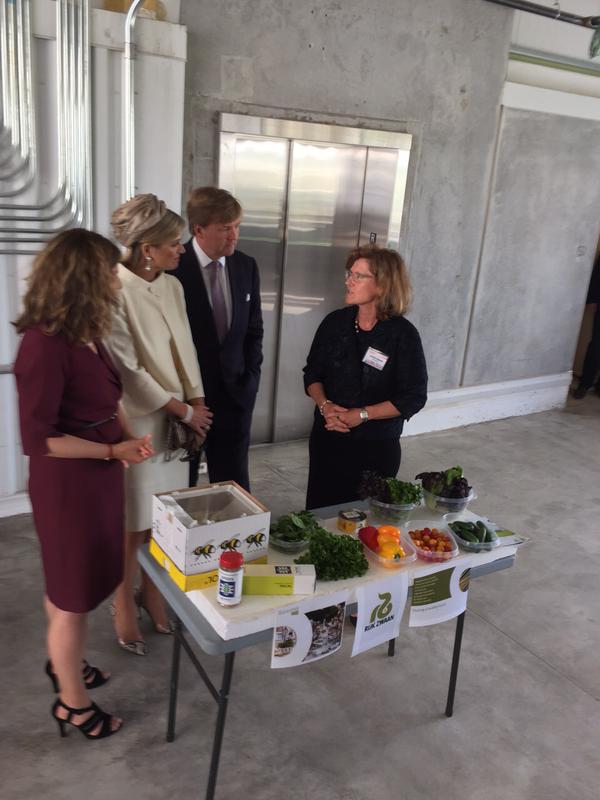 35 thoughts on “Royal Round Up: Queen Maxima and King Willem-Alexander visit USA”