In Kate Middleton news: Kensington Palace will release four photos of Princess Charlotte and Prince George together this evening. The photos were taken by technically inept photographer Duchess Kate at Anmer Hall in mid-May. The Kensington Palace Twitter account will post one photo at 9PM BST (4PM EDT), with the other three being released normally at 10PM BST (5PM EDT). 1) Yay George and Charlotte together! 2) God, I hope these pictures are better than the crappy ones Micheal took of George. 3) I hope these pictures are better than the ones Kate took in Borneo. 4) I’m really happy I was wrong and that they are releasing photos before the Christening. 5) I know you guys are sick of Kate, but I’m actually really excited to see the pics – don’t judge me!
[Mirror; Daily Mail]

In other Kate news: Kate was spotted playing with George in Holland Park in London (which is a bit west of KP) on Sunday May 31 – which was apparently rainy and dreary (perfect kid-park-playdate weather?). This Hello article has a bunch of quotes from someone who saw them. The gist is: Kate is just like us, she plays monster with her kid while they wear matching outfits. It’s very sugary. I thought Kate had decamped to Anmer Hall but Hello claims they are now staying in London after spending several weeks at Anmer. Hello says, “It is thought that the family-of-four relocated once Prince William’s paternity leave ended at the beginning of the month.” Which makes no sense seeing as this playdate happened before William went back to work on June 1, and his work is near Anmer so why would the family move back to London when he resumed work? Whatever. I wonder who was taking care of Charlotte while Kate played with George. Nanny Maria, the night nurse, Carole, any other nannies Kate claims not to have? Hm… 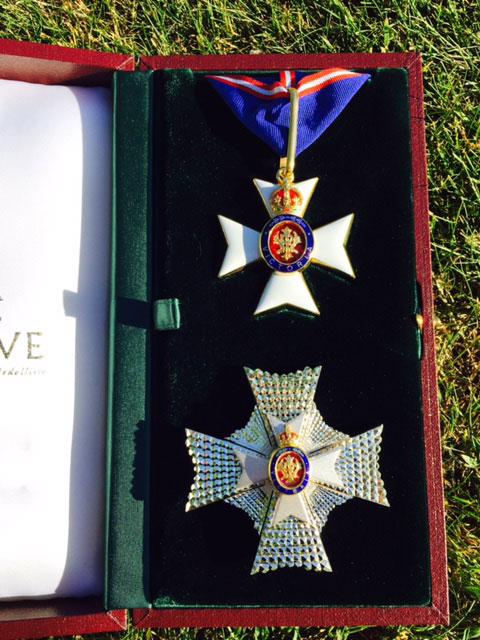 In Prince Harry news: Harry was appointed as a Knight Commander of the Royal Victorian Order by The Queen on June 4 in a private ceremony in Buckingham Palace. The RVO is awarded personally by the Queen for services to the Sovereign. Prince William does not have an RVO, but he does have an Order of the Garter and Order of the Thistle (both of which outrank the Royal Victorian Order). Kate does not have any orders.

In other Harry news: Harry was photographed seemingly getting cozy with Doctor Who actress Jenna (not Louise) Coleman at the polo aterparty last Sunday. An onlooker described the chat: “It was a very flirty, very tactile encounter. She was leaning in to him and he had his hand on her knee. From their body language, it looked like they were really enjoying each other’s company. They were sitting very close, laughing lots and touching each other.”

For reference, this is Jenna:

Jenna had been dating Game of Thrones and Cinderella star Richard Madden, but now the Mirror is reporting that they broke up a few months ago (because I guess Jenna’s publicist doesn’t want her to look like a cheater). Jenna’s publicist also doesn’t want any “Jenna and Harry are banging” rumors because the “source” added: “They were just two young people on a night out chatting. Jenna was honoured to meet Harry, but the pictures make their chat look a lot more intimate than it was… It was not flirty and the whole conversation has been blown out of proportion.”

I’m kind of “eh” on Jenna as a whole, mainly because I’m not fond of her character anymore. I’m a huge Doctor Who fan, and Clara Oswald used to be awesome when she was first introduced, but this last season she got stupid and emotional to the point I was hoping she would leave at the end of the season (Jenna was thinking of leaving the show, but then decided to stay, sadly). I hope this next season is better. I like Peter Capaldi as the Doctor, though. PS. NEVER abbreviate the “Doctor” part of “Doctor Who”!! “The Doctor” is his name, not a title!!

EDIT: Damn, Jenna’s people are spilling all sorts of crap to the press. Now there is this Mirror article with a “close friend of the Coleman’s” saying WAY too much.

In even more Harry news: Harry was photographed (scroll down on the link) attending Cressida Bonas‘ one-woman play on Wednesday with Guy Pelly and his wife, Lizzy Wilson. Harry entered after the lights went down, then left alone while Cress left with friends.

In even more Harry news: These are photos of Harry and William on the second day of the Audi Polo Challenge, this time playing for Sentebale. The Wales brothers were chatting and Harry threw his arm around Will. The consensus on here is that Harry and Will have drifted apart in recent years, but maybe we’re wrong and they are closer than we thought? Or maybe Harry is just a “tactile and flirty” person, and that extends to his brother, too.

Camilla, Duchess of Cornwall had another engagement on June 2 after she hosted her Garden Party. Camilla attended the Royal Academy Annual Dinner to celebrate the Summer Exhibition at Royal Academy of Arts. Cam was all dolled up with her white gown, Royal Victorian Order, Royal Family Order, and Cubitt-Shand Tiara. Dame Joan Collins was there, too. 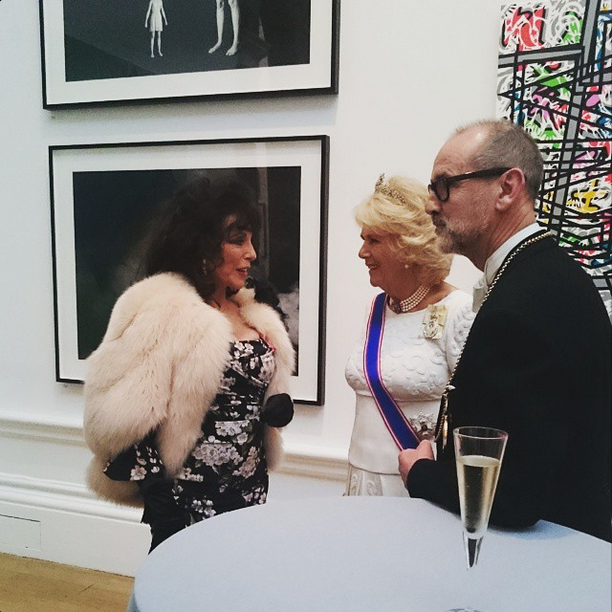 Sophie, Countess of Wessex joined Queen Elizabeth and Princess Anne for the Women’s Institute Annual Meeting at Royal Albert Hall on June 4. The WI was celebrating their centenary anniversary. The Queen had a bit of trouble cutting the cake and Anne had to come in for the assist. Sophie wore her Emilio Pucci white knot dress she previously wore in the Czech Republic.

On June 5, Sophie attended the Bicentenary Celebrations of The Royal Yacht Squadron in Cowes on the Isle of Wight. Sophie wore a Diane von Furstenberg dress and Joseph jacket.

On June 4, the Danish Royal Family – Queen Margrethe, Crown Prince Frederik, Crown Princess Mary, Prince Joachim, and Princess Marie – attended the Parliament and Government’s Celebration of The 100th Anniversary of The 1915 Danish Constitution (where women were given the right to vote) at The Tivoli Hotel and Convention Center in Copenhagen. I love Daisy’s blue coat, and Mary’s purple dress is nice.

The next day, on June 5, the Danes celebrated the 100th Anniversary of The 1915 Danish Constitution at Christiansborg Palace. I’m not in love with any of these outfits.

On June 3, Queen Mathilde and King Philippe attended the award ceremony of the King Baudouin foundation for development in Africa at the Royal Palace, in Brussels. I LOVE the pink flower print dress. I think this is my favorite dress Mathilde has ever worn.