Kensington Palace released the four photos taken by Kate Middleton of Prince George and Princess Charlotte. **The final three photos have been released. The post has been updated to include them.** 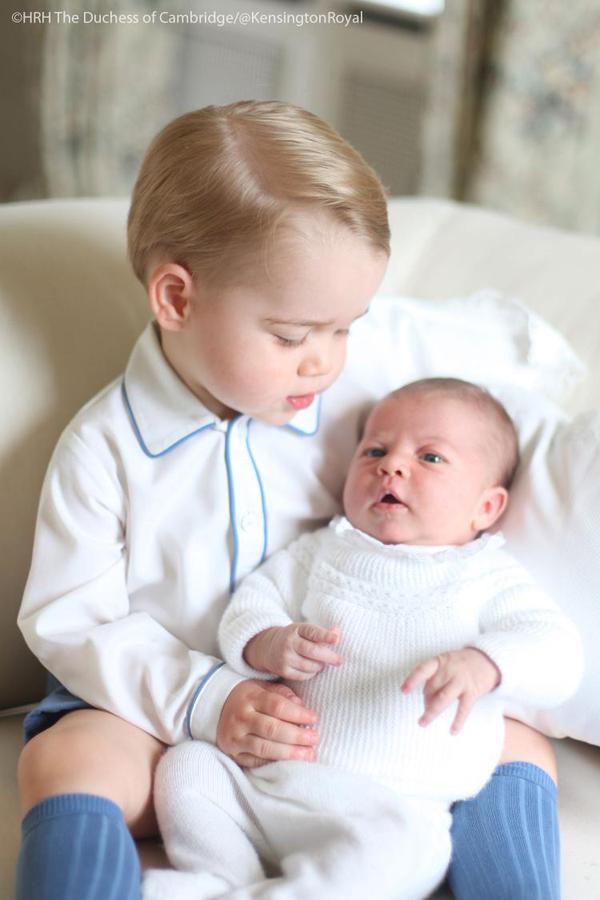 George looks… like his mom plopped a baby on his lap. And Charlotte looks… well, like a two week old baby. But at least her eyes are open.

The final three photos have been released.

I love this one of George kissing Charlotte. She almost looks like she’s smiling, though I know that’s probably not that case (can babies smile at two weeks?). Kate probably told George to do this to get the photo, but still cute. 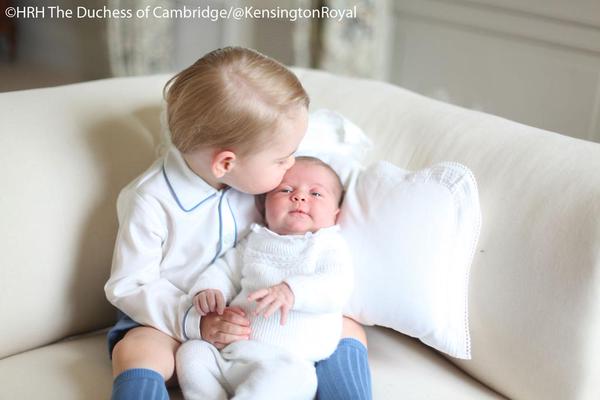 I don’t know why they chose to release this one. George looks either bored or unsure of himself. Either way, not the happy family photo that I would think they would want to put out there. It’s still a nice photo, though, and good to see them together (**we have to be nice to Kate’s second attempt at photography so she’ll keep releasing photos of George and Charlotte**). 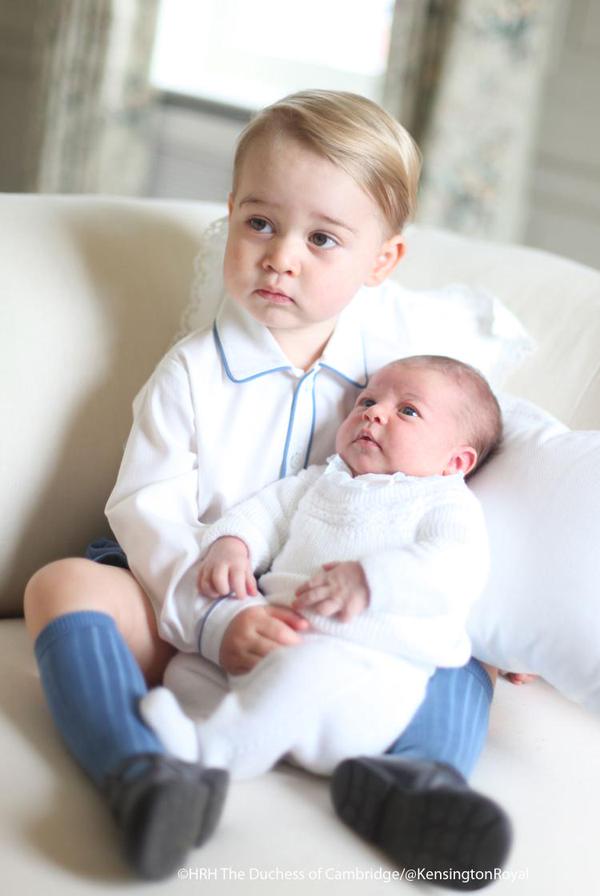 George’s is smiling in this one? I don’t think I’ve ever seen a real “smile” smile from George, so I guess this is as close as possible. 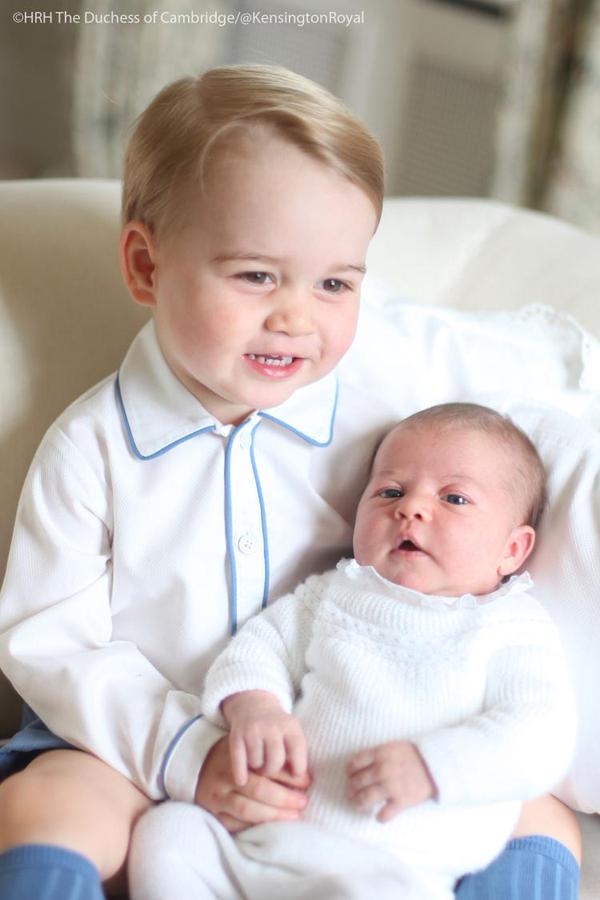 It looks like Charlotte’s hair in coming in brown. That may change with time (George’s hair looked brown originally, too, and now he’s blonde), but for now it looks brown.

Kate used a Canon EOS 5D Mark II for her portraits which costs about £2,000.

I’ve seen some complaints about the fact that the photos are blurry in parts around the edges. I don’t know Kate’s mindset, but I will say that I have seen countless professional engagement/wedding/baby/child photos on Facebook with this “subject in focus, background blurry” thing. It’s a trend right now. So I’m going to guess this blurriness was intentional on Kate’s part and she was just following a current trend.

Um… What the hell? This got Tweeted from KP’s Twitter account (did they get hacked?). It has now been deleted. But I print screened it for posterity.

PS. I hate to be a downer, but I want to share this bit of info. KP’s Twitter account posted several photos of cards and gifts people sent in after the birth of Charlotte, thanking the people who had sent them in. Then they proceeded to tweet that if people wanted to give a gift to Charlotte, they should donate to a local children’s charity or the UK’s Imperial Charity. If Will/Kate/KP wanted people to donate to charity instead of sending in cards and gifts, why not say that ahead of time, or at or right after the birth? Why wait until everyone who would have donated had already sent in cards and gifts?

Photos: The Duchess of Cambridge via Kensington Palace Twitter @KensingtonRoyal