The Royal Wedding of Prince Carl Philip and Sofia Hellqvist is this Saturday, June 13. As a lead up to the wedding, this week is going to be Sweden/Royal Wedding heavy (including posts on Swedish National Day, royal engagements rings, and past royal weddings). We’ll start this Sweden/Royal Wedding-themed week with the Swedish Royal Family celebrating Sweden National Day (Sveriges nationaldag) on June 6.

The National Day of Sweden was established in 1915 as Swedish Flag Day, and in 1983 Flag Day was merged to form National Day. National Day is celebrated on June 6 to mark two historical events: the date Gustav Vasa was elected King in 1523 and the date the Constitution Act was signed in 1809. To celebrate National Day, the women dress in traditional clothing, while the men just wear suits (the white hat kerchief is for married women, which is why Sofia is not wearing one). 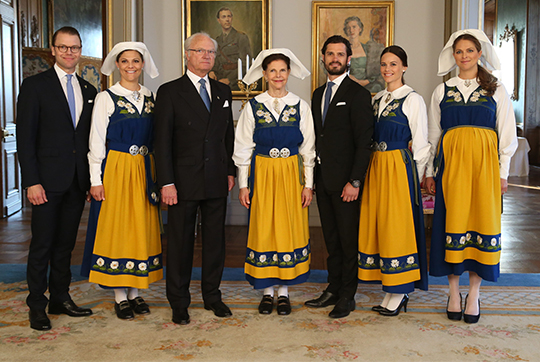 King Carl XVI Gustaf and Queen Silvia started the day in Örebro where they attended the citizenship ceremony at Örebro Castle and visited Örebro city park.

Crown Princess Victoria and Prince Daniel were in Uppsala where they attended a citizenship ceremony at Uppsala Castle. Victoria wore a new white striped sleeveless dress from Lindex (€69.95), paired with her white Giambattista Valli cropped jacket she wore last week during the State Visit from India. 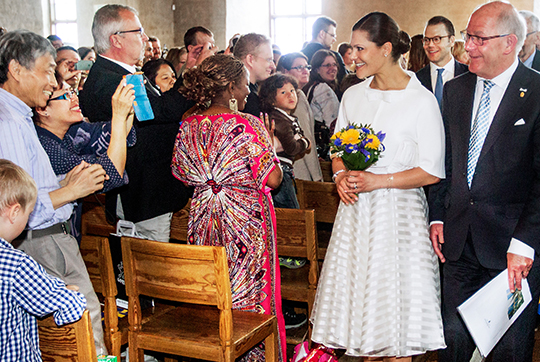 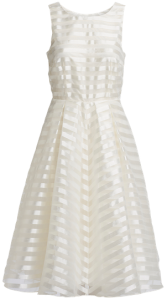 In the evening, the royal family took a carriage procession (Princess Estelle joined) from the Royal Palace to Skansen where there was a concert, and the King gave a speech, saying in part (full transcript here): “We have so much to be thankful for in Sweden. We have peace. We have democracy. We have wealth. All this, which is easy to take for granted today. But that requires our foresight and our responsibility for that to be as obvious in the morning. We must continue to look ahead. To invest in those who come after us.” 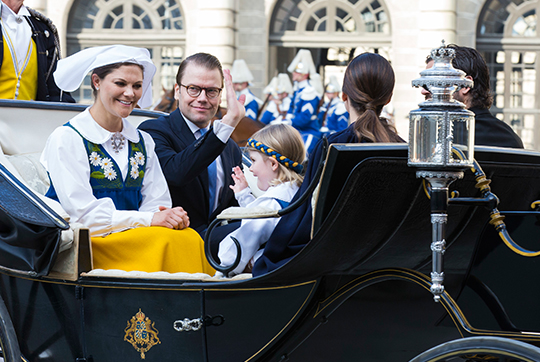 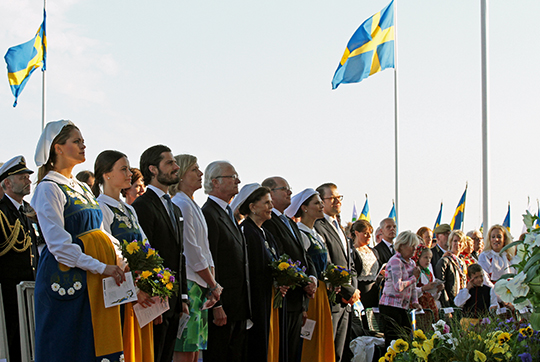 Prince Carl Philip opened the Royal Palace earlier in the day, and Sofia Hellqvist and Princess Madeleine joined for the concert. The day ended with a reception at the Royal Palace. Chris O’Neill did not join the celebrations; neither did Princess Leonore even though they brought her out for last year’s National Day. Maddie is heavily pregnant now. She is due to give birth at the end of the month.

The royal court released a new photo of Princess Estelle in honor of National Day. She is pictured playing in the garden of Haga Palace – Victoria and Daniel’s official residence. 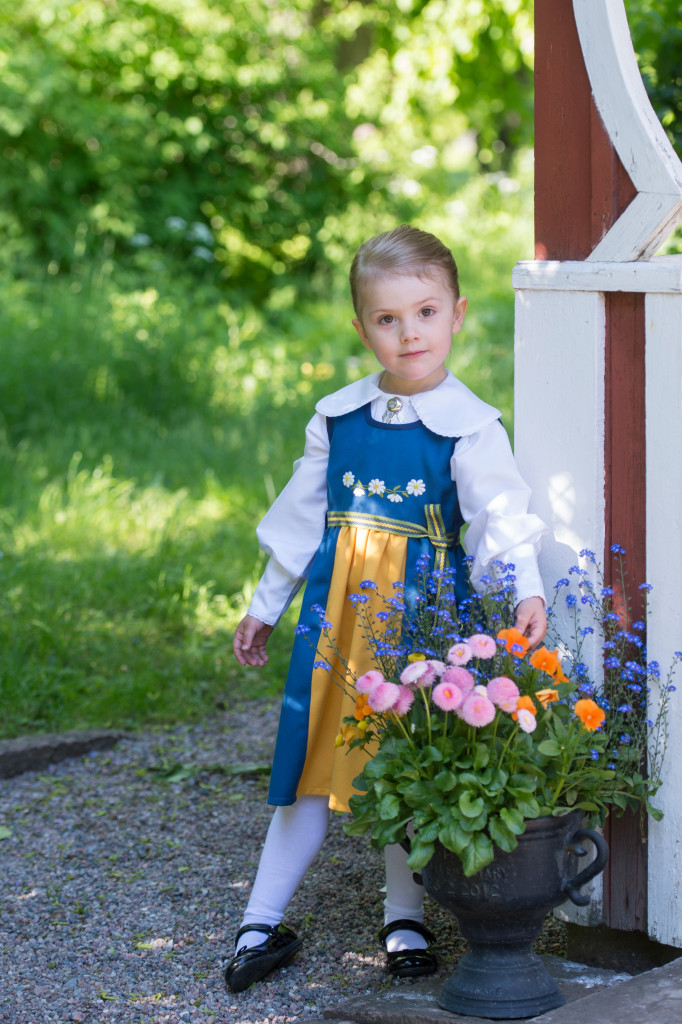 Look at how much Estelle has grown in just a year. 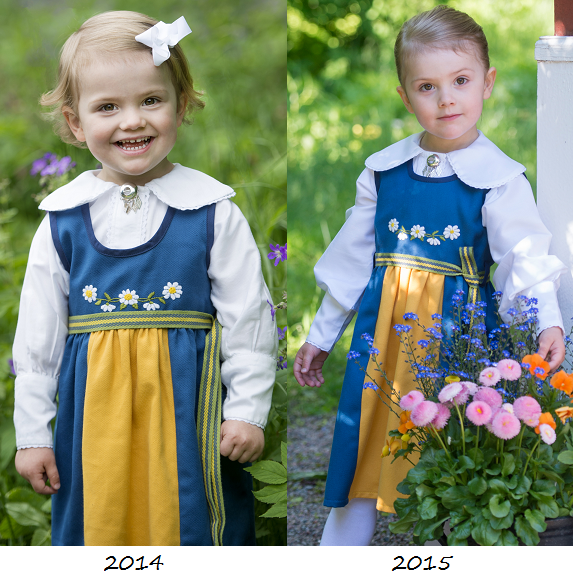 PS. Today, June 8, is Princess Madeleine and Chris O’Neill‘s 2nd wedding anniversary. Maddie wrote on her Facebook page: “Today we celebrate 2 wonderful years as a married couple and we are excited for what the future will bring us!” Happy anniversary Maddie and Chris! 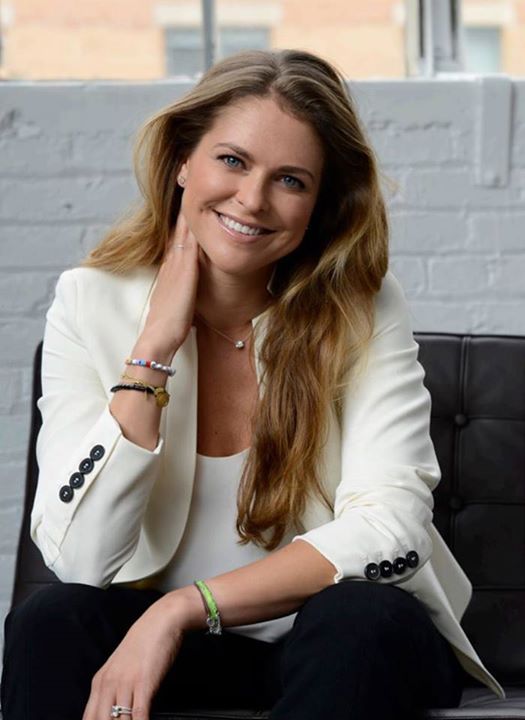 On June 4, Maddie and Queen Silvia met with Melinda Gates to discuss ways of improving the lives of women and girls all over the world. 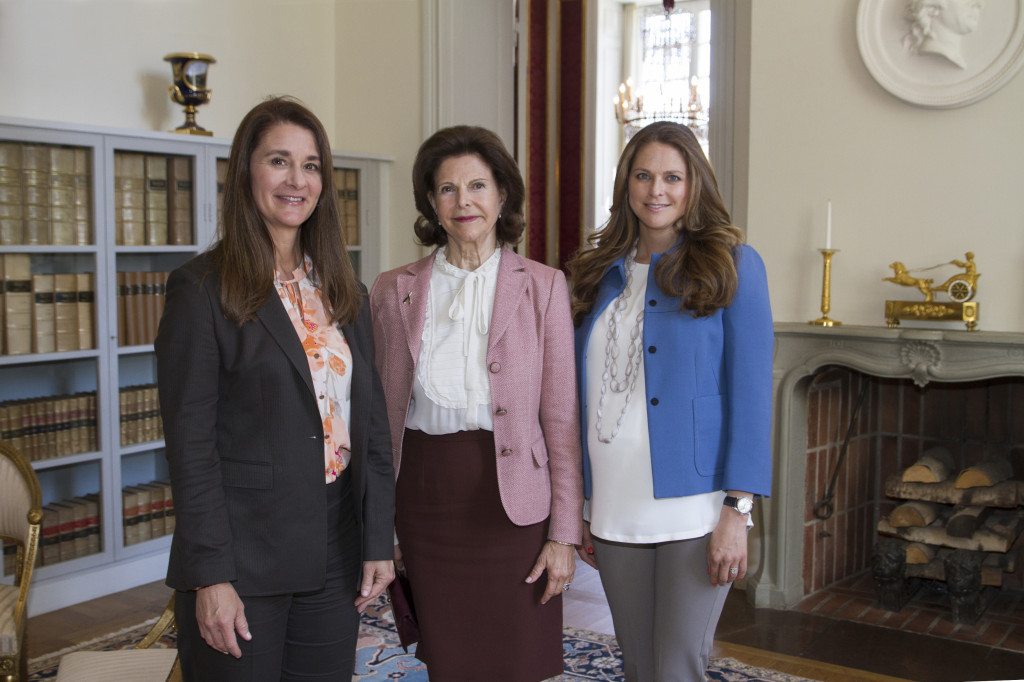