Royal Round Up: Royal Engagement Rings

Oy, best laid plans. Sorry that this post is so late. Today’s post is a round up of royal engagement rings from some of the women I cover on here (this is not an exhaustive list of all royal engagement rings). But before I get to that, though, I want to send some love over to commentator Lisa who is having/has already had surgery today. Keeping good thoughts for you, Lisa, and hopefully you get well soon and will be in even better health than before.

Since it is Sofia Hellqvist‘s wedding this weekend, I thought I’d start with her. Sofia’s engagement ring is made up of a round center diamond surrounded by a halo of smaller diamonds and sits on a double-diamond band. Reportedly, Prince Carl Philip collaborated with court jeweler W.A. Bolin on the design, which is… kind of surprising since the design is pretty basic and used a lot. 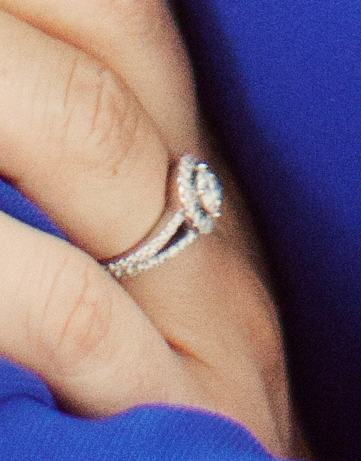 Crown Princess Victoria‘s engagement ring is a traditional solitaire with a round brilliant cut diamond and a white gold band, reportedly from court jeweler W.A. Bolin. It’s probably the smallest ring on this list, which is odd since Victoria is a blood Crown Princess. 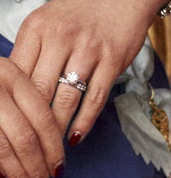 Princess Madeleine‘s second engagement ring from her second engagement, this time to Chris O’Neill, is a four carat square emerald-cut diamond with a brilliant cut diamond pave band. This ring is much prettier, and bigger, than the rectangular diamond she received from her first fiance. 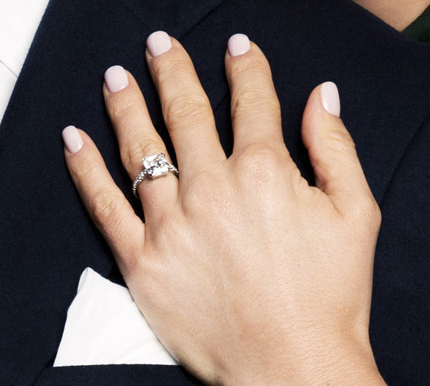 Kate Middleton‘s engagement ring is probably the most well known, and dare I say iconic, royal engagement ring there is, thanks to it’s previous wearer, the late Princess Diana. The 18 carat ring, with a 12 carat oval blue Ceylon sapphire surrounded by 14 diamonds set in white gold, was created by Garrard (and from the catalogue; the ring is surprisingly not custom) and cost £28,000 in 1981.

Camilla, Duchess of Cornwall received a ring that used to belong to the Queen Mother when Camilla got engaged to Prince Charles. It is a large emerald cut diamond with diamond baguettes on either side. It photographs dingy, sadly.

Sophie, Countess of Wessex, upon her engagement to Prince Edward, received an engagement ring consisting of a two carat oval diamond flanked by two smaller heart-shaped diamonds and set in white gold. The ring was made by Asprey and Garrard.

Queen Margrethe‘s engagement ring – chosen by her now husband, Prince Henrik – features two six carat square cut diamonds and is set in yellow gold. The ring comes from Van Cleef and Arpels. I absolutely love this ring. The “entwined” look of the diamonds is unique and fun. Side note: I actually have an “entwined” stone ring that used to belong to my grandmother, though mine is turquoise not diamonds. 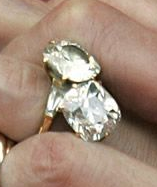 Princess Marie is originally from France, and her engagement ring from Prince Joachim symbolizes her home country with one ruby, one diamond, and one sapphire. The stones are set in a wide gold band. I don’t like this ring at all. It feels like a man’s ring due to the wideness of the band. I don’t mean to be sexist; it just doesn’t feel “engagement ring”-y.

60 thoughts on “Royal Round Up: Royal Engagement Rings”