Kate Middleton is still pregnant as of the time of this posting, BTW. There is even more Kate/William/royal baby mania stuff I’ll get to later, but for now let’s have a palette cleanser. This week’s royal round up is a catch up with some of the other European royals who got lost in the shuffle last week because of Margrethe’s 75th birthday celebrations and all of Kate’s stuff. This week we have the royals commemorating the 100th anniversary of the Battle of Gallipoli (including Prince William, Prince Harry, and Crown Princess Mary, among others), Queen Maxima, Crown Princess Victoria, Sofia Hellqvist, and Queen Letizia.

Yesterday, Saturday April 25, was ANZAC Day, and the 100th anniversary of the Battle of Gallipoli. The Gallipoli land campaign, in which a combined Allied force of British, French, Australian, New Zealand and Indian troops sought to occupy the Gallipoli Peninsula and the strategic Dardanelles Strait during World War I, began on April 25, 1915 against Turkish forces of the Ottoman Empire. The Allies, unable to advance more than a few kilometers, withdrew after eight months. The campaign cost the Allies approximately 50,000 killed and up to 200,000 wounded, the Ottomans approximately 85,000 killed and 160,000 wounded. Multiple royals came out to commemorate this occasion. In England, Princess Anne (in an awesome green coat) and her husband Sir Timothy Laurence came out for a Dawn Service, while Prince William joined the Queen (who made a hat change for a Service of Commemoration at Westminster Abbey) and Prince Philip at the Cenotaph. Prince Charles and Prince Harry were in Gallipoli, Turkey to mark the occasion (they look like they had a good time together).

Queen Maxima was out and about this past week with her husband, King Willem-Alexander. On Saturday, April 25, the couple took part in celebrations in Zwolle, Netherlands marking the 200th anniversary of the kingdom (grey skirt and jacket, mustard turban). The couple attended the Long Live Club festival organized by the National Committee 200 years Kingdom. The 200th anniversary celebrations last until September 26.

On Friday, April 24, Max and Willem-Alexander attended the King’s Day Games in Leiden – nearly 8,000 students from 30 schools participated (tan shirt, burgundy skirt). The games are part of celebrations marking the 48th birthday of the king on April 27.

On April 17, Maxima spoke at a meeting for ‘Universal Financial Access 2020’ at the IMF/WB Spring Meetings in Washington, DC (red dress). She was there in her role as special advocate of the UN Secretary General for inclusive finance for development.

I’m including a photo where Max rested her arm on Willem’s shoulder, and the photo (above) where she held the crook of his arm. I like when royals show these little bits of affection for their spouses in public. 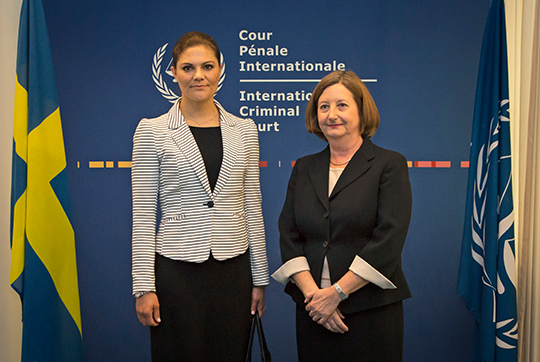 Crown Princess Victoria was in Brussels at the Hague on April 22 and 23. On the 22nd, Victoria attended several meetings including one with the International Criminal Court (ICC). On the 23rd, Victoria attended more meetings with organizations such as the UN refugee agency, UNHCR. On the agenda were issues of migration, integration and refugee challenges.

On April 14, Victoria attended the Global Child Forum along with King Carl XVI Gustaf, Queen Silvia, and Sofia Hellqvist. They discussed how children’s rights can be integrated as part of core business activities, values ​​and strategies. 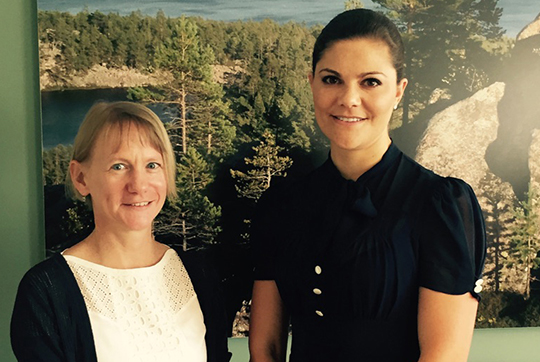 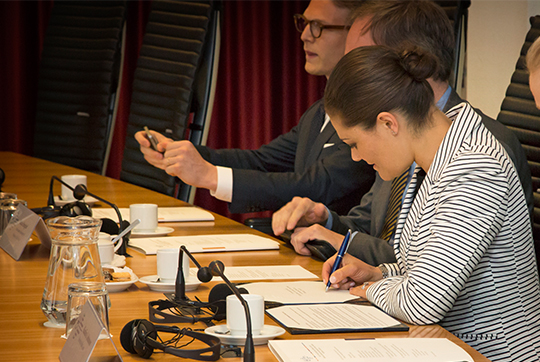 Speaking of Sofia Hellqvist, she apparently had her bachelorette party last night. Victoria was there, apparently.

Sofia Hellqvist had her bachelorette party yesterday. Among the guests were her sisters and CP Victoria. @Aftonbladet pic.twitter.com/Z6eZnCWKWn

Alright, now let’s talk Queen Letizia. As many of you know and have already commented on, Letizia debuted a brand new bob hair cut on Monday, April 20 at the “Woman Awards” in Madrid where she presented Salma Hayek with an award. While the haircut caught people’s attention, it wasn’t the only thing that did. What also caught people’s attention was how Letizia looked in her dress (which is by Felipe Varela), namely how her back looked in her dress, raising concerns of a possible eating disorder. I know many of you have commented about Letizia’s weight many times, saying she is too thin, while others have said she has always been thin. I went back and looked at some old photos but I couldn’t find a photo of her exposed back, so it’s hard to compare photos of her now and photos of her when she was younger.

Let’s talk about the speech she gave before presenting the “Woman Awards”, because she did give one. She said in part (full transcript here): “We have every reason to think that in the world of women there are many things that can be done differently. There are many things that need improvement and change. To mention a few: illiteracy rates, marriages of underage girls, female unemployment, violence, inequality in wages and time that men and women engaged in the house and children.”

On April 21, Letizia attended the “Barco de Vapor” (“The Steamer”) and “Gran Angular” (“Wide Angle”) children and youth literary awards at The Real Casa de Correos in Madrid (Mango navy Zip Long Jumpsuit previously worn in March at the Teresa of Jesus exhibit). Letizia spoke before she presented the awards (full transcript here); quoting the opening of The Hobbit and then saying: “It is the beginning of a book that had a special significance in my early days as a reader, many years ago. Sharing with you the fact that Tolkien was one of my earliest and most beautiful readings gives an idea of ​​how comfortable and how grateful I am to be back here recognizing the work of two young authors that are now awarded two prestigious awards for children and youth literature.”

I wanted to quote her comments about the Hobbit because it showed so personality that we rarely see from her (which a number of you have commented on). I had no idea she loved the Hobbit and it’s great that she shared that.

On April 23, Felipe and Letizia attended the actual 2014 Cervantes Award ceremony at the University of Alcala de Henares (custom Felipe Varela red dress with floral embroidery, ruby cabochon earrings). They attended the ceremony and then stopped to listen to local musicians as they left.